Can I change the main font for SO? (Text readability)

I know for example how to work-around this app-globally for Firefox, I can force all sites to display with some font, but I don't use it much because it messes up the look of many sites. There are probably some tricky plugins out there to solve this.

If I could simply choose the font, that looks more readable on my system, that would make sense for me. Now it is some Arial-like. And it is not what I would use for reading. Seriously? MO uses Serif and English learning is especially easy to read. I am mostly on a Linux PC and use Firefox.

It is clear that a user can try to tweak it on his browser.
But what I think, such feature would be probably a win-win concept for a user, and the content provider, who also invests time to make it all look nice. Possibility to edit own settings in profile keeps the whole scheme cleaner, in first time for the user, who does not know anything about system fonts, but want to get more readable picture. And there is no need to develop something for something obvious.

Anyway I am not sure how many people play with browser setup and it is somewhat not intuitive for me how this all interacts with page's styles.

So what I make to reduce eye strain is choose Serif font and in my case on Linux it would be probably "Liberation Serif" for body and "Courier 10 pitch" for Monospaced (code). It looks like this screenshot: 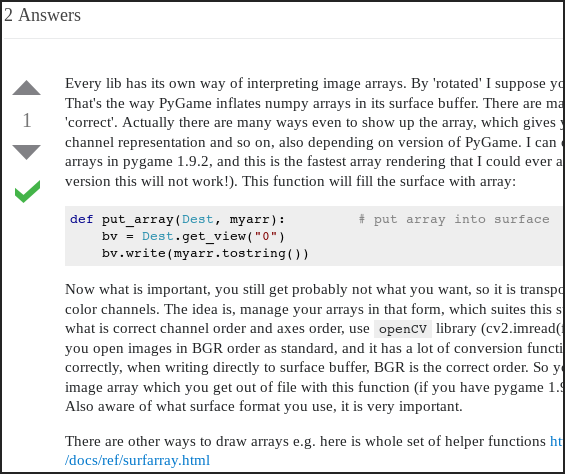 It seems like I achieve what I want, but it is not only the font, also interline spacing and word spacing and relative size of different styles which is important.
Also in this case the font is of a bit too light color, which is not the case for Sans-serif, (the latter would look not too sharp). I would also want to setup relative size which I cannot do for SO.
Liberation font has initially smaller glyph size, which means slightly more interline spacing which is good for eyes. Other fonts are not, they have different metrics and that leads to different interline spacing, unless the spacing is controllable on the client GUI.

From my publishing experience, I orient myself on following principle when I decide about readability. It is not fair to compare with screen fonts, but generally it applies all the same. 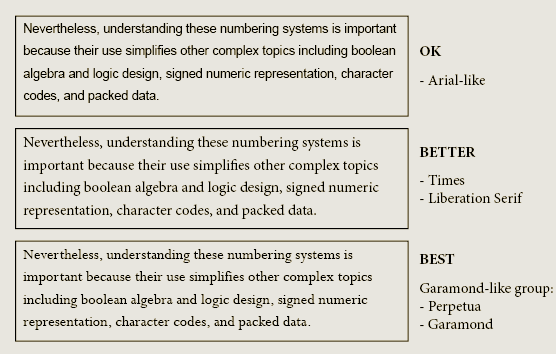 As for topic titles, it is better to use other font/color, just to outline logical structures. For monospaced (code part), Courier seems to me to be still better than even the top-notch Windows' "Consolas".

There is a browser extension you can get called Stylish that will let you change many aspects about websites you visit including the font.

You can check it out at https://userstyles.org/ for more information.

Font mapping for the SO sites on Windows is quite atrocious. Just add your own substitution font so the OS X-centric "Helvetica Neue" gets mapped to a font that is less an assault to the eyes than Arial.

Fire up Regedit.exe and navigate to
HKEY_LOCAL_MACHINE\SOFTWARE\Microsoft\Windows NT\CurrentVersion\FontSubstitutes.
Right-click the key > New > String value. Name it "Helvetica Neue". Set the value to a font you like; I use "Segoe UI". Big, big difference.

88
Has somebody already created a user style of a more readable Stack Overflow?
2
How to change the font of code block on stackoverflow
3
Why is everything bold now?

27
80-column code samples scroll horizontally in Chrome on Ubuntu
33
Should the new font size be larger by default?
28
Can we get a better font for Stack Overflow questions?
43
Can Code Be Auto-Scaled to Recover Loss of Line Width Lost In Font Change? (82 v. 90 chars)