I flagged this question as off-topic because it was not a programming related question, therefore containing no code and lacked detail. My flag was declined and I do not understand why. I am new to SO so an explanation would be very beneficial. The question has since been removed or closed, as the link redirects to "Page Not Found", which would appear to me that it was maybe flagged again by someone else and a moderator intervened?

See my screenshots below: 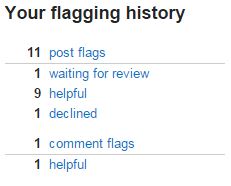 EDIT: At the time of flagging the question I did not get the options/screens that user @Shog9 has added in answer below. I only received these options as far as I remember:

Update: It appears as though you opened the dialog as the post was being deleted. This would've resulted in two unfortunate consequences:

...thus leaving you confused, and the moderator with nothing to be done.

We could probably stand to add a note to the flag dialog in these cases explaining why options are missing.

There's an actual "this should be closed as off-topic" flag: 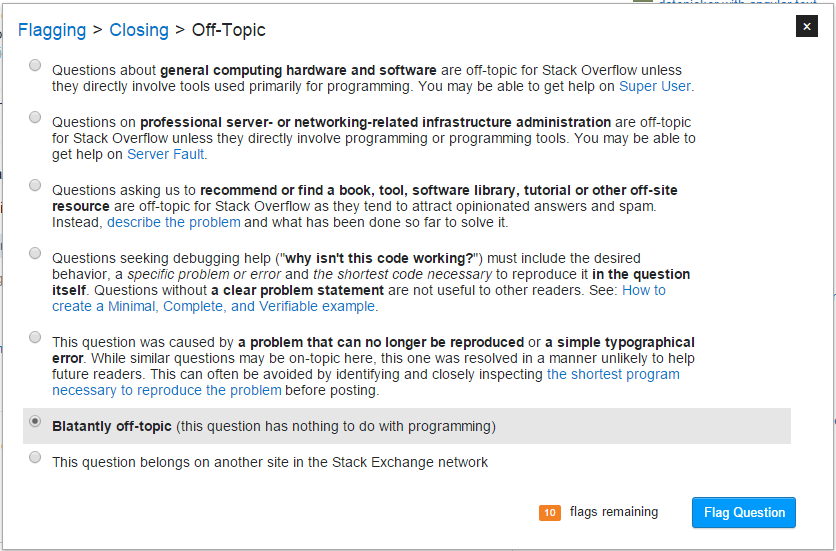 ...and then there's typing "This question is off-topic." in the "in need of moderator intervention" textbox: 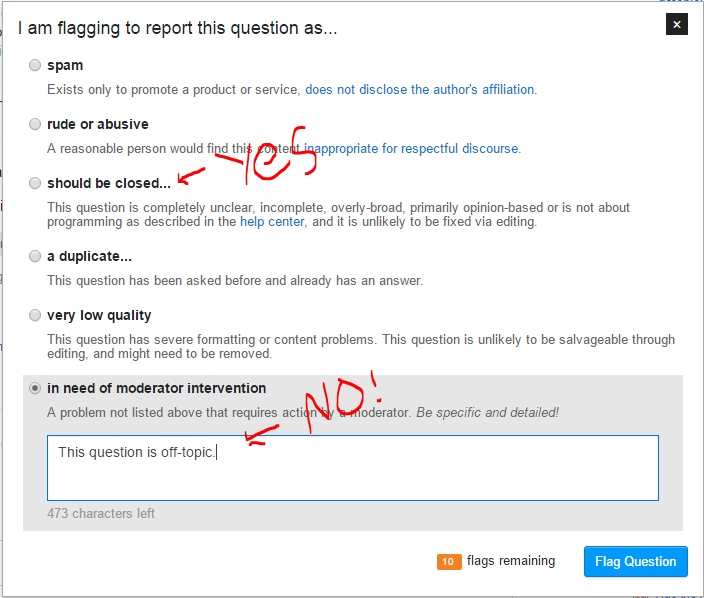 Do the former, not the latter. Also, the question is gone now because the author deleted it themselves, probably because someone helpfully told them it was off-topic in the comments.

Note that the question was deleted by its owner (which the deletion page specifically tells you) and not by a moderator or the community (although it was half way to being closed by the community).

Not the answer you're looking for? Browse other questions tagged discussion support declined-flags flag-history .