The year tab in the Users tab displays wrong reputation for some users.

You can see some examples here : 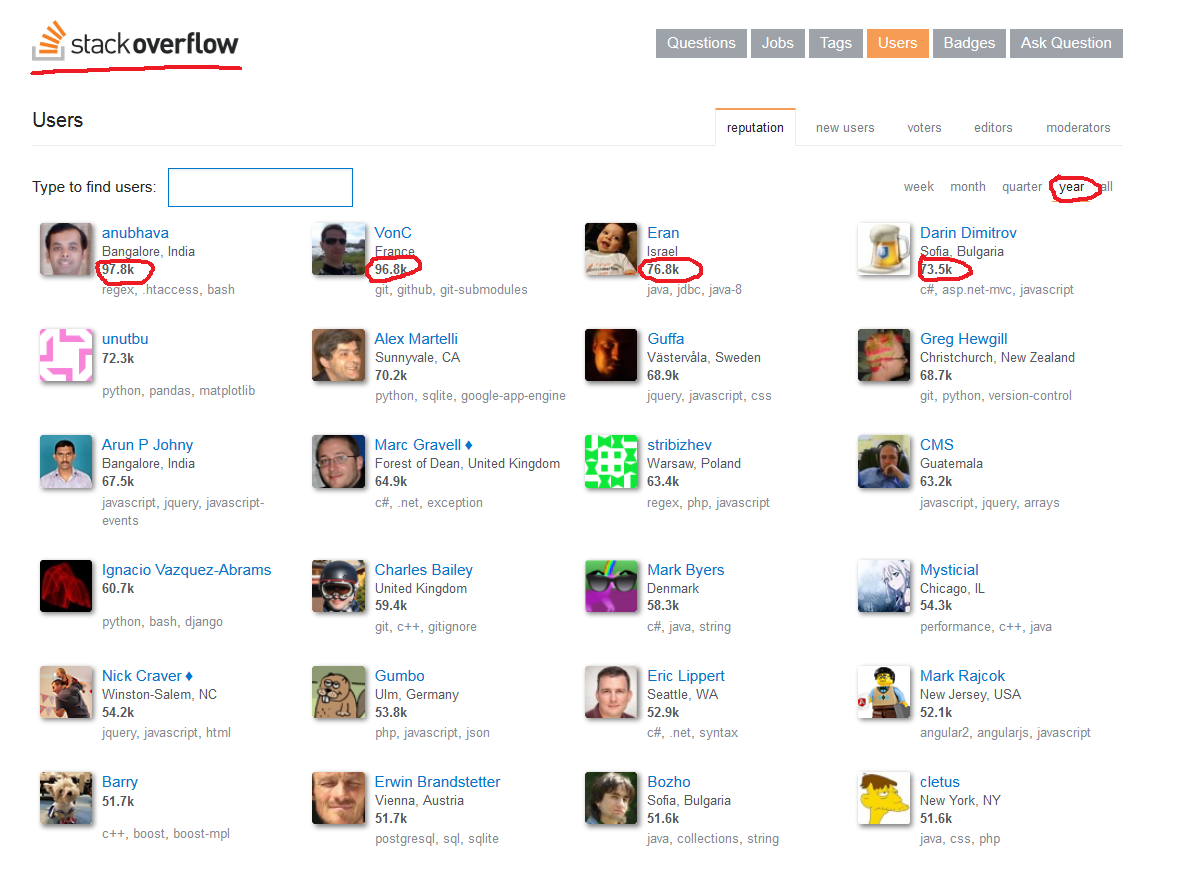 I marked a few users, but actually all the users on the first several pages show wrong reputation values. Those values are close to the reputation these users gained last year (2015).

The interesting part about this bug is that not all users show rep values of last year. You can see that I'm ranked 3rd on the list, which I can only dream of. My actual rank last year was 12.

If I search for some users that out-ranked me last year, such as Jon Skeet, I see that his yearly reputation shows the correct value for 2016 :

Another example of a user with the correct 2016 rep :

Oh, and I checked a couple of other sites (SciFi and MetaSE) and didn't see that bug there.

The job timed out resetting the year column, so I ran a manual sync up just now piggybacking on the ReputationMonth column since they should match at the moment (and a sanity check of the data confirms ReputationMonth is correct).

The way this system works is a bit of trade-off in obscurity vs. performance. when we update reputation on a user, that one column delta is replicated via a trigger to additional ReputationX columns: Day, Week, Month, Quarter, and Year also on the Users table. This is incredibly efficient. The downside is that it relies on a scheduled task at Midnight to reset the proper intervals every night. In the case of ReputationYear, this was a large enough update to deadlock and rollback last night.

For the worriers: in the worst of cases we can just perform a global rep recalc which would be invisible to users besides fixing these columns and downstream issues like this question.

Not the answer you're looking for? Browse other questions tagged bug status-completed reputation users .