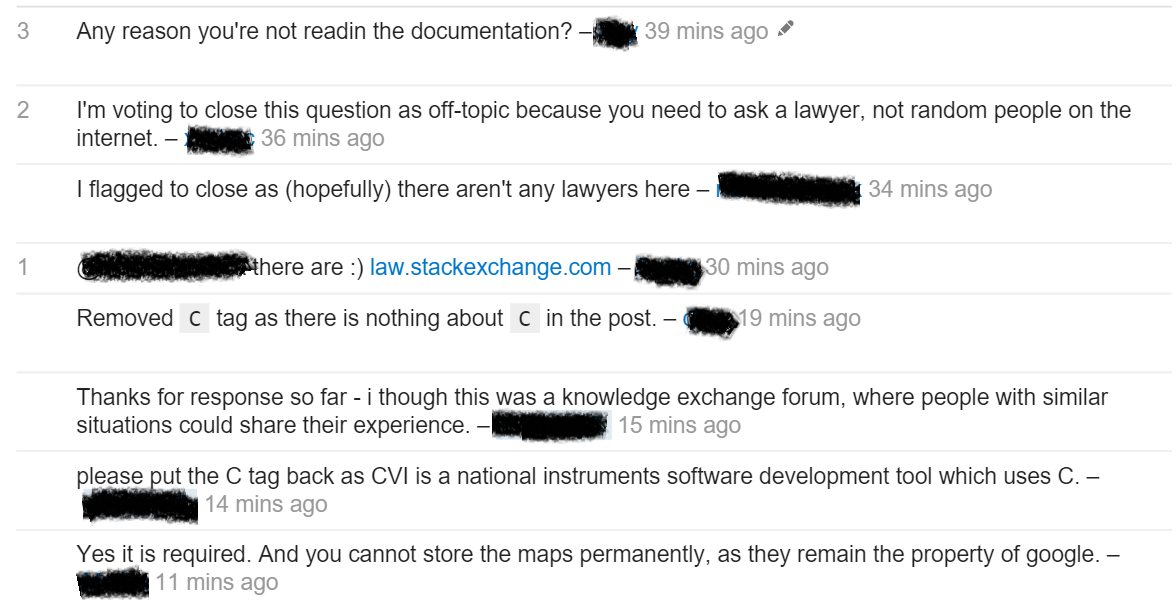 12
How to deal with mob voting
-27
Does SO really not care about its users?

45
How to deal with incorrect claims in answers and comments?
0
How to deal best with attitudes of a new user?
152
What is a solution to the Stack Overflow "underdog effect"?
96
Divisions, disappointment and pillory: how can we make meta a more enjoyable, productive space for everyone?