Where's my vote to close as duplicate?

I voted to close this question ten minutes ago:

How to input a default .txt file into an iPhone through xCode in Swift

as a duplicate of this one.

A few minutes later I come back and the vote has disappeared.

It doesn't show as disputed or declined, it's just not there anymore.

I can still see this, though: 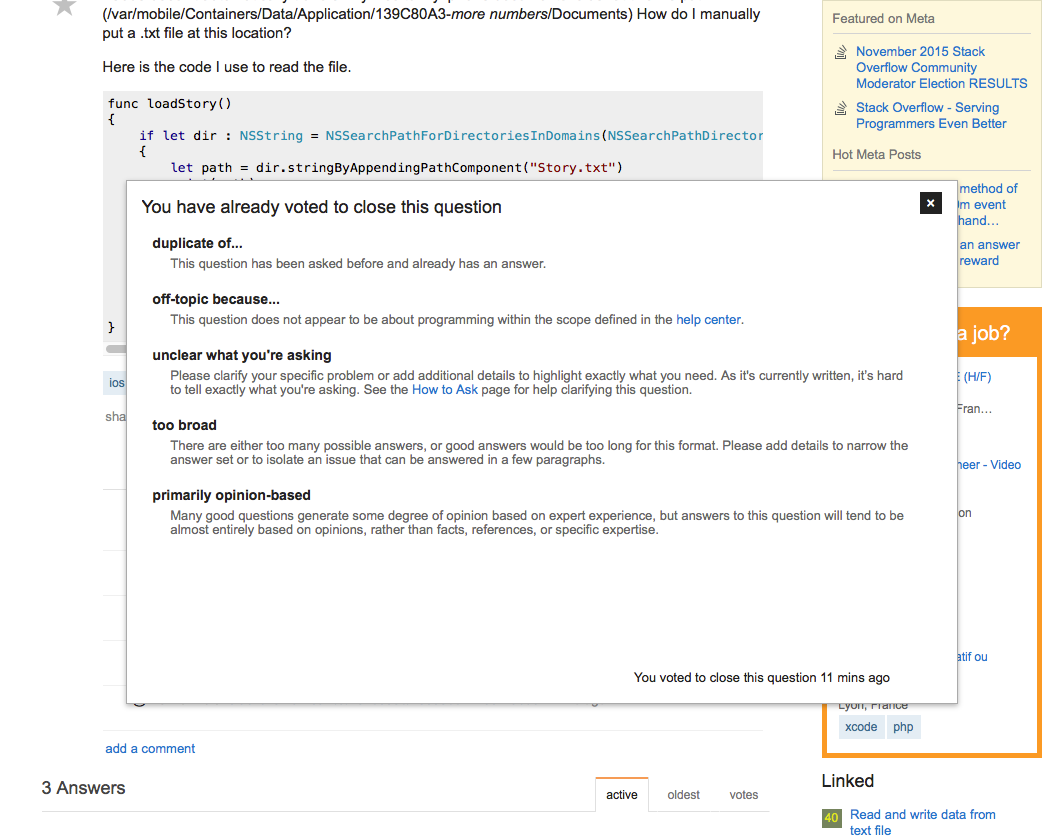 What happened? If a moderator canceled my actions, shouldn't the post revisions or my profile/all actions tab show something?

Or did I make a misclick somewhere?

You can see what happened in https://stackoverflow.com/posts/33976958/revisions

It's tricky sometimes to notice things like this, because closure and reopening don't produce a link to the revision list, even if they are listed there. If you want to see the revisions of a post which doesn't have the revisions link, you can right-click "edit" link, open it in a new tab and replace "edit" at the end of the url with "revisions".

6
Close vote -> Retracted -> exact duplicate vote impossible?
2
answers and comments to my question disappeared?
13
Undoing a duplicate super close vote
2
How to deal with misguided comment when voted to close on a question?