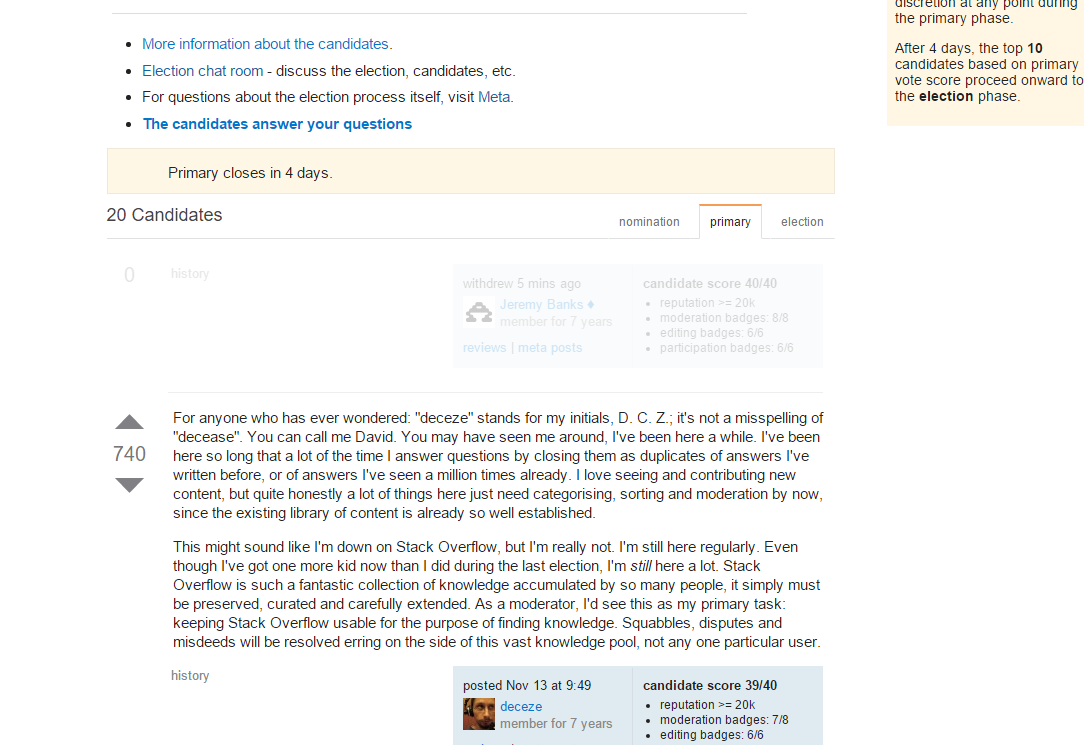 Why am I seeing this? Is this a bug? An illustration?

Because he put in a nomination as an experiment/joke* then withdrew.

That Jeremy Banks, what a card!

On a more useful note: All candidates who withdraw during the primaries will appear that way (above their avatar it will identify the time that they withdrew). As bluefeet states in comments below Mr. Banks' nomination has now been deleted entirely, but other withdrawn candidates will appear in this way.

* Or mistake. Maybe he just forgot.

Not the answer you're looking for? Browse other questions tagged bug moderators moderator-election .