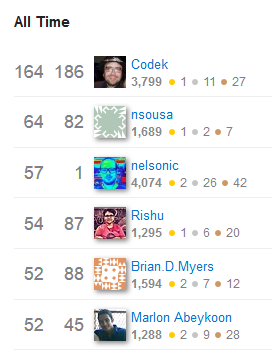 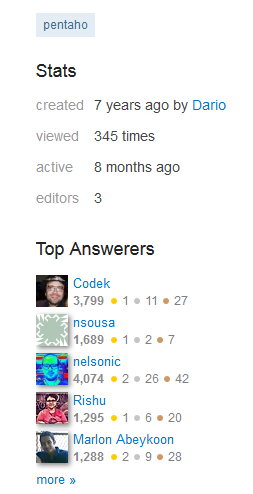 The two of you have 52 votes so it is undeterministic which of you will be fifth and which sixth when ordered by that value.

Perhaps it should be ordered by upvotes DESC, number_of_answers ASC so the person with the highest average is ordered first in that case (though there will still also be a possibility of ties in that case too and something unique such as userid could be used as a final tiebreaker to ensure stable results).

And now there's a three way tie for 4th/5th/6th place. The person featured 4th on the all time list... 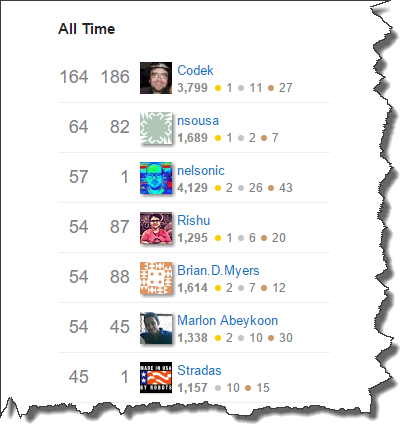 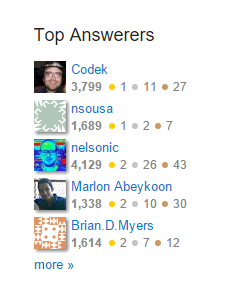 7
Top Answerers for a tag calculated how?
2
What is the logic behind "top users" tag tab page?
22
Could we have the "Last 30 days" answers link actually lead to the answers posted in the last 30 days?
75
Tags that I am in the Top 5 answerers
51
Can the list of Top Users for low(er) traffic tags be improved?