"I understand, but disagree" for review audits?

Recently in the reopen queue I got the following question: 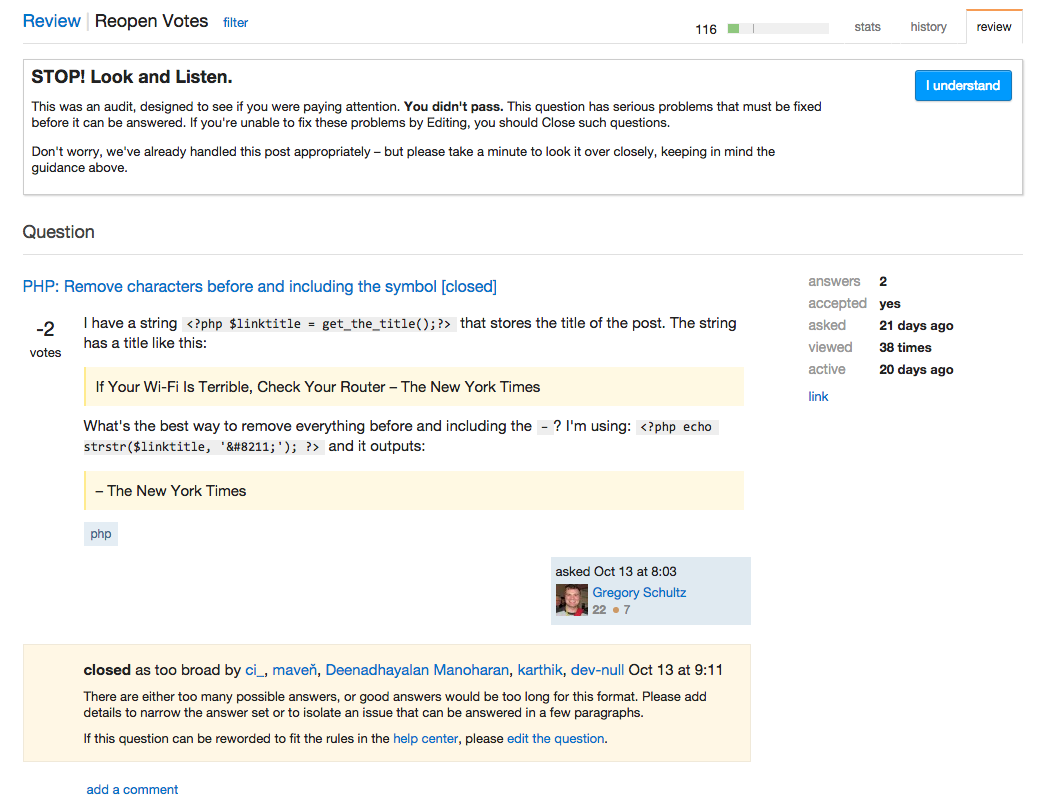 So, this isn't an outstanding question?

But, contra the close voters (only one of whom has higher rep than I do, FWIW), while I'm not a PHP expert, I don't think it's too broad, either. "How do I strip everything up to and including the first occurrence of a certain character from a string" should be a reasonable question in any language.

I upvoted it from -2 to -1 and voted to reopen it, but I won't shed any tears if it stays closed; reasonable moderators might disagree.

But I submit it's not obviously terrible -- it's a lot better than most of what shows up still open in, say, the edit queue -- and the fact that it was presented as obviously bad by the audit system suggests a flaw in the audit system. It would be nice if there was some way to indicate that -- and some alternative to an "I understand" button that implies an admission of "not paying attention."

That was a bad audit; the question shouldn't have been closed.

Brad Larson has proposed a similar system for handling these in the past; I think it's a good idea.

I think you're being generous in saying "Reasonable moderators may disagree." Closing that question exemplifies the trigger-happy rule nittery that makes people complain about SO moderation.

The question is clear, is vanishingly unlikely to generate opinionated debate, and the poster put some effort into formatting it correctly with markdown. It might seem like a trivial question to experienced programmers, but moderation shouldn't be an exercise in passing judgement on what confuses a beginner.

201
If your question was not well received, read this before you post your next question
26
Audit review failed too quickly
5
Add dispute for audit fail