I've been going through the triage queue and I've encountered this 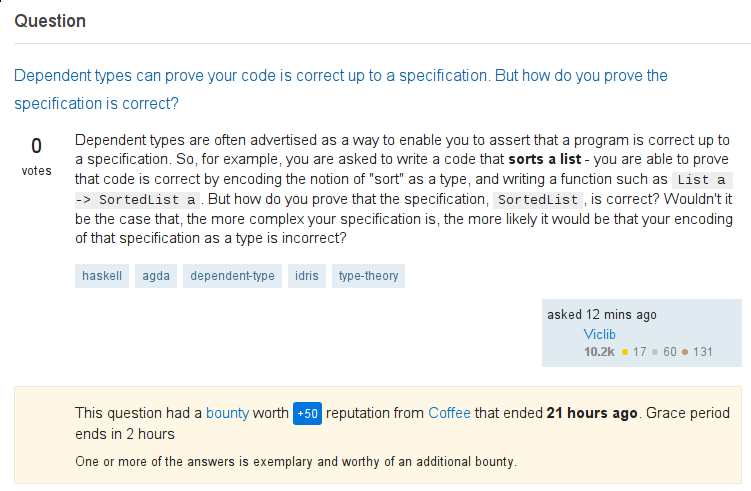 From that it is pretty obvious that it is a "Looks OK" test question, because no new question can have a bounty on it, and bad questions usually don't attract bounties (and the user has high rep). Thus it seems strange to include this information.

Something similar also applies for the votes and comments — why is the information included there? An argument could be made that the person asking was clarifying the question, however that should be done in the question anyways, and from my (although limited) experience more often then not I see just comments saying that they flagged it or something similar, which obviously affects my decision.

What is the reasoning behind including all this information? Isn't it counter-productive?