Did an upvote-unupvote in the morning prevent me getting 200 rep on the rest of the day?

I'm puzzled that I got 205 points on the day rather than 215. There was one accept, and enough other upvotes after the upvote-unupvote at 10:19 that I would have expected to score 215, not just 205. Or is there something else going on that isn't showing up — but if there is, why isn't my rep tab telling me what is going on (I want to know). I do have the 'show removed posts' box checked at the bottom of the page. 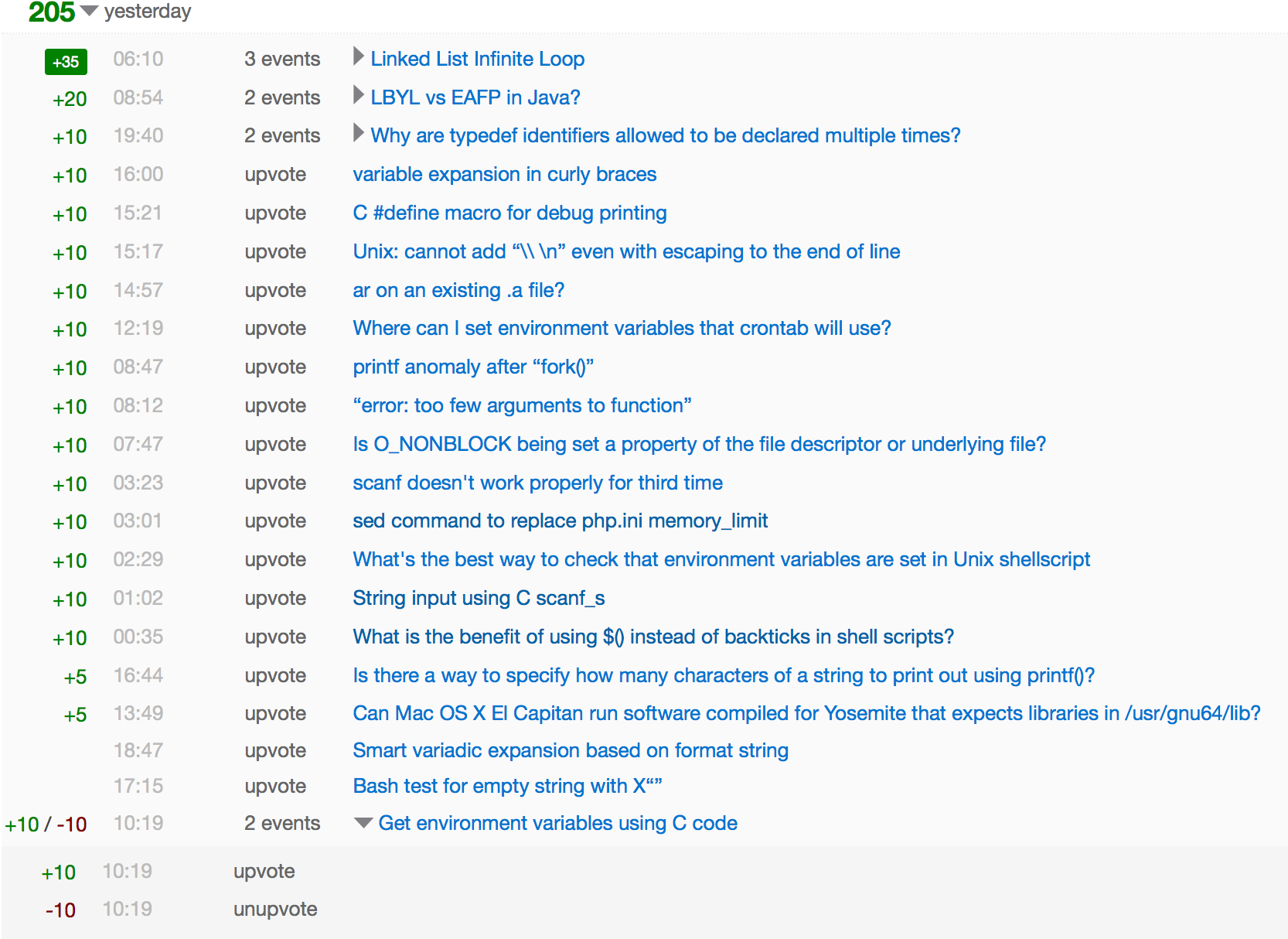 If the problem really is the upvote/unupvote, it means there's probably a denial-of-rep attack available to almost anyone, so in many ways, I hope there is something else going on. But I'd like to know what, please.

That upvote is included in the rep cap for that day, because it occurred that day.

The unupvote, however, actually retracts the 10 reputation from some other day. If you were rep capped on whatever day that upvote originally occurred, then another vote for that day would be adjusted to compensate for it whenever your reputation recalculated itself next.

I agree it's confusing, and I'd much rather it look something like this. If they were separated in such a way, the upvote would be grouped together with the rest of the votes you received that day, and the unupvote would be at the bottom under an "affects other days" bar, and not calculated into the day's total.

4
How does unupvote work again?

9
I broke 200 upvote rep/day!
87
Why did this unupvote/upvote result in a gain of +10 reputation?
4
How does unupvote work again?
5
Unupvote removes rep from the daily cap, but later upvotes don't add rep again
12
"Serial voting reversed" destroyed my rep