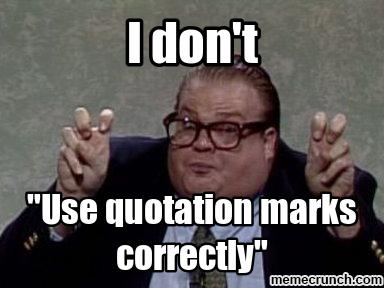 7
Quoted text inline with the rest using code tags is bad. Why?
6
Can I ask a duplicate question to ask if the answer has changed?
0
Is this an acceptable edit?

7
Quoted text inline with the rest using code tags is bad. Why?
7
Merge [double-quotes] into [quotes] - or delete both
2
Backticks in paragraphs
9
Backticks in tags
17
When are the answers that inline another programming language acceptable?
15
Help adjudicate a complicated edit war on a question about parsing HTML in JavaScript
8
Is using bounty to pay for a small task acceptable?
65
Are my edits needless?