I study voting on Stack Overflow and found a sudden change in negative/positive voting ratio on questions in April 2014. I would imagine that such a drastic change will result from a change in Stack Overflow policy, features or UI, but I found no evidence to such a change in the features documentation. The following SEDE query result shows the change. 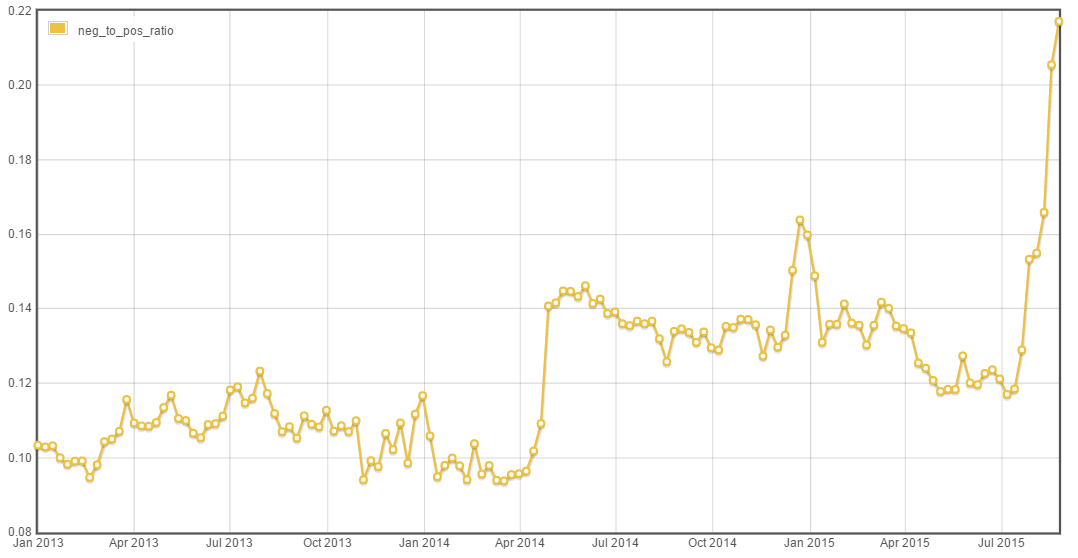 I found a previous post from June 2014 about the topic which was not answered. Some of the comments suggested a temporary issue/backlog that would have been corrected long ago if this was the case. Any ideas? Directions? 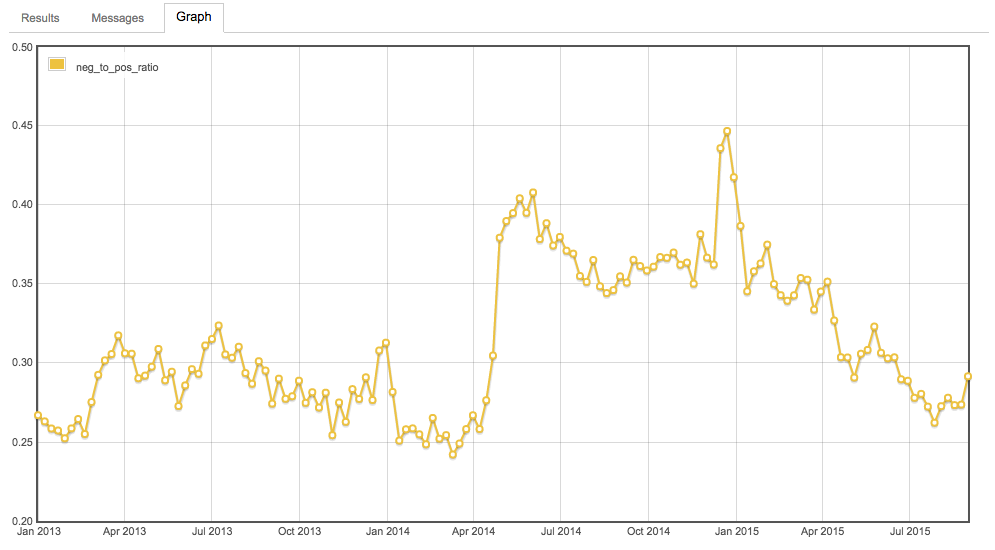 If we zoom in a bit on April-May 2014, we can see where the jump occurred. 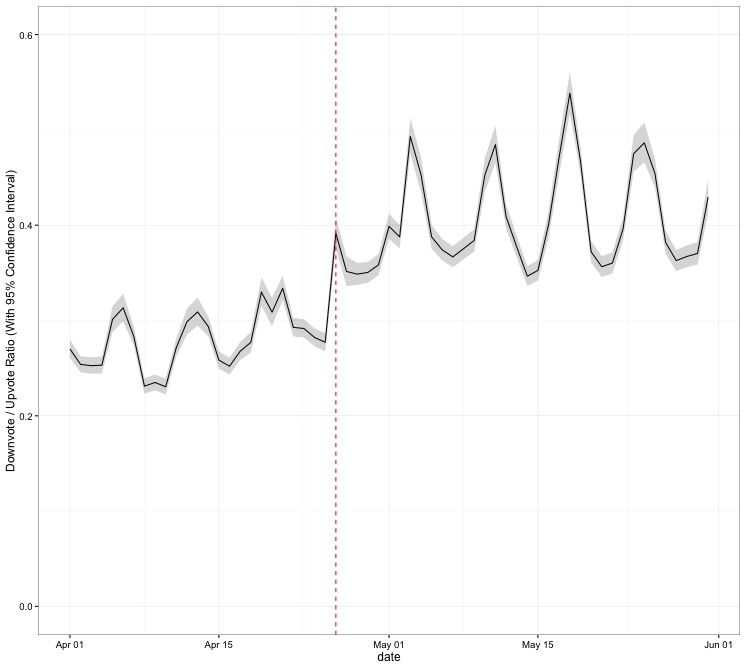 If we had to pick a day where the jump occurred, it would be Saturday, April 26, 2014, shown in red. (Fun fact: the downvote/upvote ratio spikes on weekends. This occurs in other months as well).

Based on this, and on a few brief discussions with others at the company, I'd advance a tentative hypothesis that this is related to the Meta Stack Overflow/Meta Stack Exchange split, which occurred on April 17. This split led to increased attention to Meta, including highly-discussed questions such as Why is Stack Overflow so negative of late? (April 23), as well as concerns about problems with quality (this question was April 28, but there were other discussions around the same time). It's possible that this kind of introspection led people to downvote more as part of their normal activity. While the timing is very suggestive, I don't have solid evidence of this yet. I'm open to your ideas for further analyses!

Finally, I'd note that if you look at the first graph above, the downvote/upvote ratio is dropping again- indeed, it's now right around the levels it was before April 2014. (This effect was mostly masked in the OP by the effect of deleted posts). Some preliminary analyses indicate that that while the April 2014 jump was due to an increase in downvotes, this recent change is from an increase in upvotes.

Questionable truths are usually categorized as lies, damn lies and statistics. Your graph fits the 3rd category. It is much too sensitive to changes in the number of downvotes. The auto-scaling makes it even more excessive.

A decent query that shows voting patterns is this one.

But yes, there was a modest uptick in the number of downvotes in April of 2014. And downtick in the number of upvotes as well, multiplying the effect in your graph. A memorable month, that's when SO got its own meta. And a bright yellow box appeared on the front page in a prime location.

Participation was very heavy, a fair amount of dirty laundry got hung out to dry. Probably fair to say that it didn't do much to inspire SO users.

April 2014 had a lot of meta discussion on dropping quality:

One of the answers even specifically called out high-rep users who don't downvote.
I can't speak for others, but I know I started downvoting more questions. I didn't like downvoting, but I realized I wasn't doing much good by not down-voting poor questions.

45
Why did the proportion of down votes go up?
1222
Why is Stack Overflow so negative of late?
1096
Question quality is dropping on Stack Overflow
383
Are high-reputation users answering fewer questions?
472
Let's burn down the close queue!
226
More effective closing / downvoting of junk questions to help with the signal-noise ratio?
82
We should clean up posts that should be improved but haven't been and won't be
184
What's up with China?
58
Enough fuzzying: let's let everything into the close queue and age out questions that don't reach a threshold
47
Observation from Site Analytics: fewer questions are being asked
See more linked questions

82
Getting to Know Stack Overflow's Voting Culture
61
Changes to discourage plagiarism
5
Does up vote of an answer necessarily entail someone found it useful?
50
Data science time! December 2018 and answer voting
12
Regarding the [down-votes] and [up-votes] tags - the line must *not* be drawn here!
38
Why is the rate of positively scoring questions and answers steadily declining?
0
Should we do anything about questions that have more than 5 tags on them?
84
Outdated Answers: results from flagging exercise and next steps