An example of this 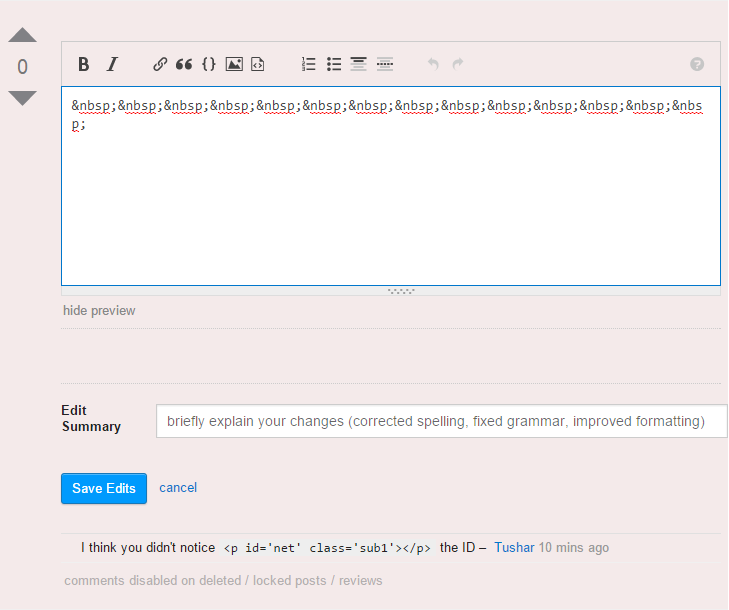 Why do the users do this when users having reputation more than 10K can see their previous edits using Revision History?

This often happens if someone posts an answer then quickly realizes that it was wrong and they don't want people to see how bad they dun goofed.

And according to your comment in the screenshot, I would presume this is exactly what happened here. The author was pointed out that they missed something in the OP and that their answer was incorrect and maybe even way off.

We don't like people to see that we are fallible

It basically just saves some face for 10k+ers who could see the deleted post. If it is edited within the grace period (don't recall off-hand what it is, maybe 5 minutes) then there is no revision history.

If it isn't done within the grace period then appropriate users could still see the revision history but they probably feel this is better than leaving it in the open. I know I've done it once or twice when I completely misread a question or was thinking wrong and put something completely absurd (I blame lack of coffee in those moments).

As Martin James points out in a comment besides not looking incompetent/wrong this can be helpful because it lets people know that the author realized they messed up and to ignore the post. I know I often still look at deleted posts out of curiosity or whatever it may be. But this can be distracting. When users do this, it tells me that there's no need to pay any attention to it whatsoever.

So it doesn't get lost in the comments because I think it's a great point...

Jon points out that

Also - some consider it a courtesy when deleting a fairly large post to edit content out first so that it doesn't occupy so much screen space for 10k users.

7
Why do we have an edit grace period?

18
What should be done when users remove relevant tags from the question?
213
Stop mob-downvoting users on the main site for their actions there and their opinions on Meta
6
Why do low-rep users post new answers to already answered & accepted questions?
51
Add 'this is my first post' (and several other phrases) to the question content filter
4
Could we more strongly discourage users from deleting their own questions (non-duplicates with no downvotes)?
47
Do GDPR's protections on "personal information" entitle users to vandalise/remove their own posts?