What to do when a high-rep user is willfully breaking site rules/meta consensus?

AFAIK we have both a behavioural rule (https://stackoverflow.com/help/behavior), quote:

and a meta consensus about salutations (Should 'Hi', 'thanks', taglines, and salutations be removed from posts?). I understand that there are situations where you can nicely fit some greetings to compose with the Q/A without explicitly fluffing it (as saying "I'd be grateful if someone could explain me why it doesn't work." - it's still kind-of fluffy, but not as directly as "Explain to me why it doesn't work. Thank you for your answers!") - still, AFAIK, adding a one-liner after each-and-every Q/A is just, by definition, fluff to be removed.

OTOH, we have a user (namely https://stackoverflow.com/users/501557/templatetypedef), who contributed about 3000 Q&A, essentially almost all of which are followed by either

As per what Jon Skeet has said - I choose a world where strangers try to convey information rather than impersonal greetings (they're not really saying "Hi" to me); those greetings/salutations above are mechanically added by the author after almost each and every post. For me, that constitutes both fluff & noise.

I believe in community, in meta discussion and in democratic consensus. I think that on SO nobody should be "more equal than equal"* and exempt from the rules (soft and/or hard) every regular user should/must adhere to.

Note 1: I've commented to him and edited those salutations manually for a couple of his top posts - he ignored the comments and reverted all the edits. Note that e.g. LRIO's edits weren't removed.

Note 2: I wouldn't have raised this problem at all if not the fact it's about >100k rep user. Such a user makes an example - other people (e.g. newbies) will often follow him.

Note 3: quote from https://meta.stackoverflow.com/a/267387/719662 for those who responded that "removing salutations/fluff" is "harassing and/or abusing a user":

Users are never above the rules and guidelines, whatever their reputation (or status).

To be blunt, this could have been handled better by both parties:

... but those are lessons for another day, and what's happened has happened.

I've asked the user to stop using signatures going forward. I'm also asking you (and everyone else) to avoid hunting out all answers ever posted by this user, and editing out the signatures. Not least because he gets a notification for each post you edit, but also because this isn't a witch hunt.

As @Mystical said, it's probably not worth the hassle to "correct" high-rep users who are going against the (maybe in their eyes silly) rules, as they'll probably leave and deprive the site of their valuable input.

If they've left thousands of posts with a tagline and actively roll back edits in which those taglines are removed, then please, let them be the first world anarchist they want to be seen as. 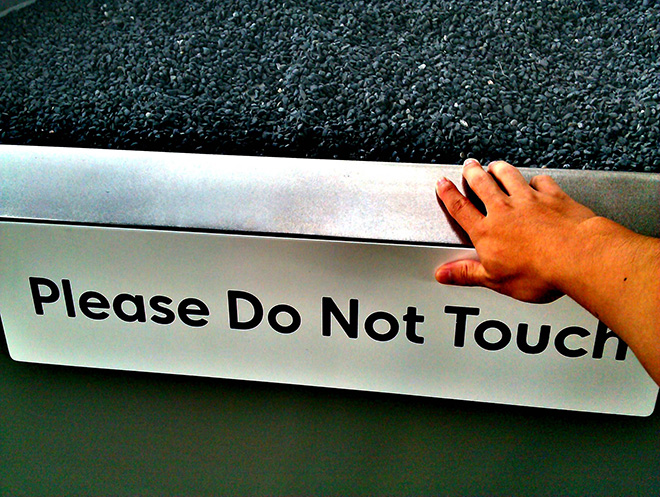 And no, I'm not serious. Every user should be held to the same standards. If they're going to leave because they can't say "Hope this helps" after every answer, then it's their loss.

"What to do when a high-rep user is willfully breaking site rules/meta consensus?"

1) the rule is silly

2) the salient point is: "site meta consensus" of pro-sumption sites like this is, simply, formed by very-high-rep users, such as the user in question.

In that case, the supposed "meta consensus" you refer to would be quite different.

Don't forget that the entire point of this pro-sumption dotcom business is to make money for the founders. Rules and "meta consensuses" change over time based on what - ultimately - most achieves that goal. Maybe there's a trend starting to throw in a bit of politeness and that will become a norm.

Looked at another way, what you're essentially saying here, OP, is: "Hmm, I really like the 'no thanks notes' guideline from the old days ... I've noticed one or two high-rep users are moving the site away from that. Shame, because I like that guideline..."

Thus to restate ... "Such a user makes an example - other people (e.g. newbies) will often follow him or her." ... well yes, of course. That's what social norms are. You're essentially just saying "you don't like his style" and you want newbies to follow "the style of people you do like".

214
Stop mob-downvoting users on the main site for their actions there and their opinions on Meta
39
Removing someone else's "Thank you!"
43
What is "Good Stack Overflow Citizenship"?
47
Thanks being edited in to post and got approved
10
High reputation users answering totally off-topic question
-4
An author of an important answer has repeatedly rolled back changes that make clear improvements. What should I do?

95
Auto Remove "Thanks in Advance"
465
No Thanks, Damn It!
5
What should I put in the edit summary when removing noise?
45
Suggested edits are not removing noise - how can we give better guidance?
69
A moderator messaged me that my edits which only remove "thanks" and alike are discouraged
83
Can we have an official statement regarding greetings, salutations etc. please?
47
Thanks being edited in to post and got approved