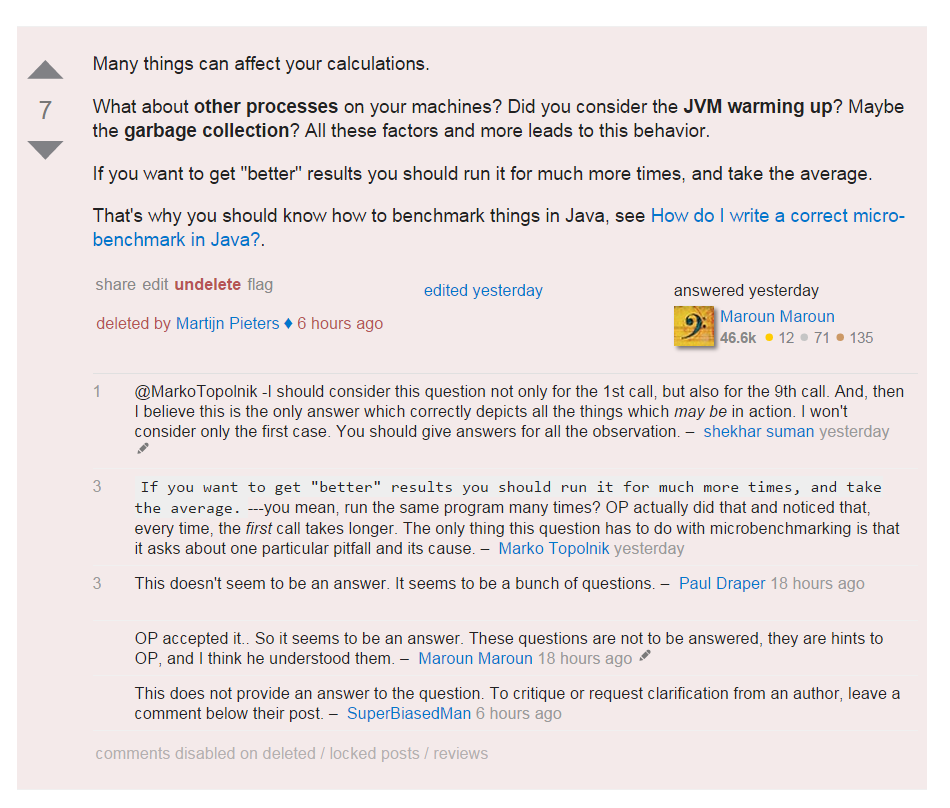 3
Questions In Answers Revisited
3
Answers phrased as a question
2
Flagged question as answer: declined!
2
Dispute a Low Quality Review post
2
When is NAA actually not an answer?
1
Can a question be an answer?
33
So this IS an answer?
25
Not an answer flag declined even though they were asking a new question
5
Please explain why this qualifies as an answer?
-3
Deadpan sarcasm in answers
See more linked questions

10
Would very short correct answers be better left as comments?
65
Add "What types of questions should I avoid answering?" to the Help Center
4
Should we allow deletion of conflicted questions?
80
Does the same answer imply that the questions should be closed as duplicate?
21
How to deal with answers that, while technically correct, don't answer the question?