Why can't I edit the question title when editing via the Help & Improvement Queue?

I hit the edit button presented to me by the queue itself in order to salvage some questions, but I noted that I could not edit the title of these questions. The title presented is text, linking to the question, not an editable form field. I definitely encountered some questions which could have been improved by having a better title, but I would have had to step out of the queue to do this.

If the point of this queue is to help make questions more palatable, why are we restricted to only being able to edit the body after hitting the queue's edit button?

You can already change the title. The title is located below the body summary of the question and above the tags. See this picture: 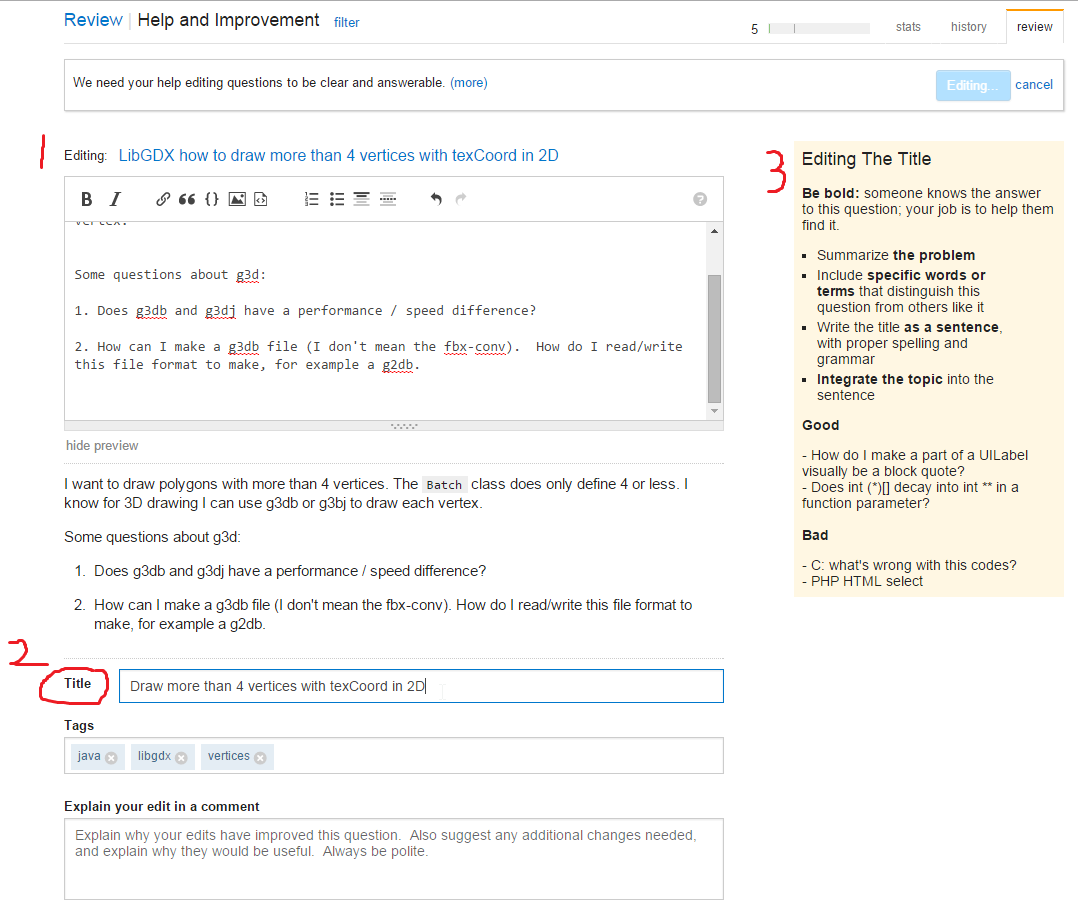 This isn't a bad question.

The idea is, after you've read the question and worked with the contents a bit, you'd be more inclined and inspired to totally gut the title if needed, and replace it with something likely to attract an expert watching one of the tags.

We still very much believe this is the most efficient order, but if it wasn't immediately obvious to you that you could edit the title at all, it strongly suggests some issues with how it's presented. Since it's different than any other place you'd go to edit something on the site, it makes sense to be less subtle about why the placement is different.

We're wrapping up some pretty thorough (and manual) tests on the efficacy of Triage now, because more than half of the questions sent to the helper queue don't belong there. More than half are either unsalvageable, or, in the minority case, not really in need of any help. Once we're more certain of the input, we're going to take a look at how we can better optimize the interface. To that, we're looking at some tweaks to some wording in Triage among other things early next week.

76
Help and Improvement review queue not working
61
Allow special comments to be passed to H&I queue from Triage
63
What's the point of the "Very low quality" flag action, in "Help and Improvement" reviews? Where's the downvote / close option?