What is the number of active experts in Stack Overflow tags?

How many users are actively posting (2 or more) upvoted answers each week in the most popular tags at Stack Overflow?

What is the explanation behind the recent (two-three years) trends in the number of active experts?

Are there any tags that have actually growing community of answerers?

Here are the results from a SEDE query on specific tags in Stack Overflow.

The results are valid up to August 2. Please note that end-of-year effects are artifacts of shorter weeks and holidays. The overall trend may exhibit different dates for each tag but two features are prominent: decline since early 2014 and brief resurgence in many tags during second quarter of 2015. 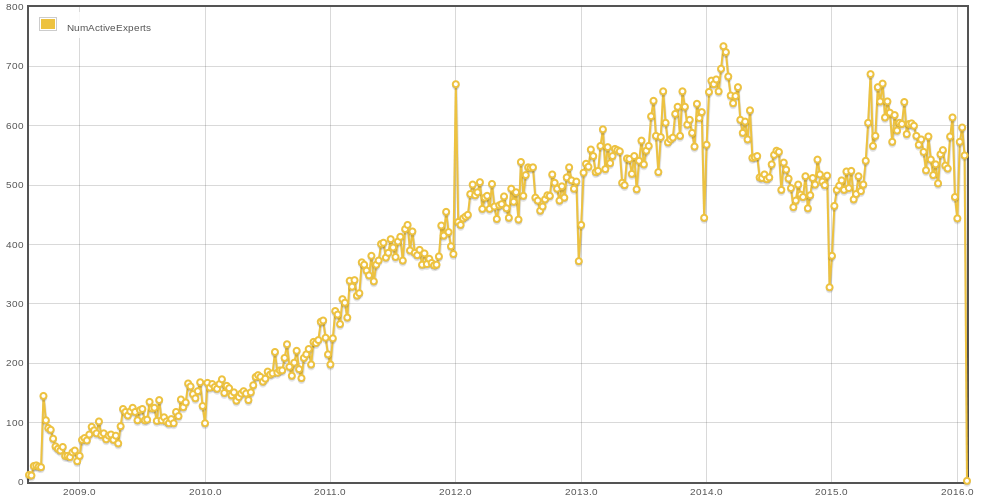 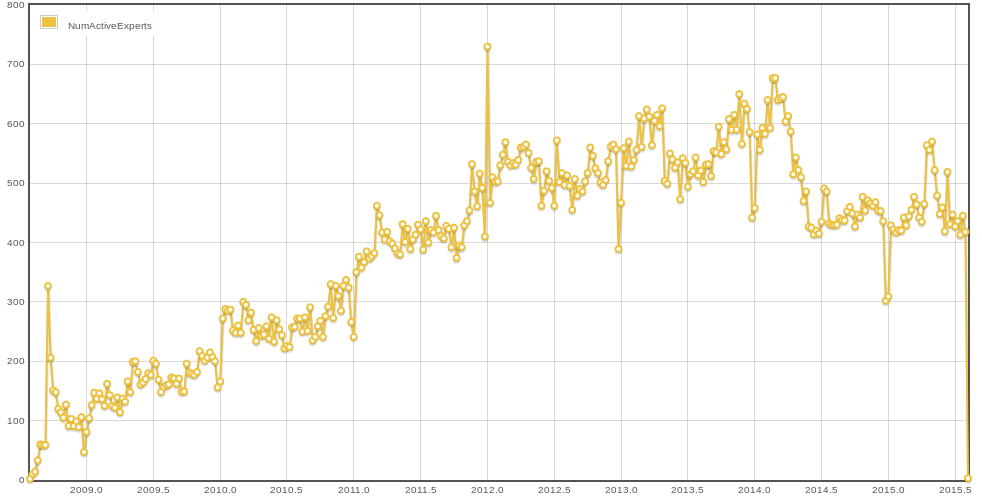 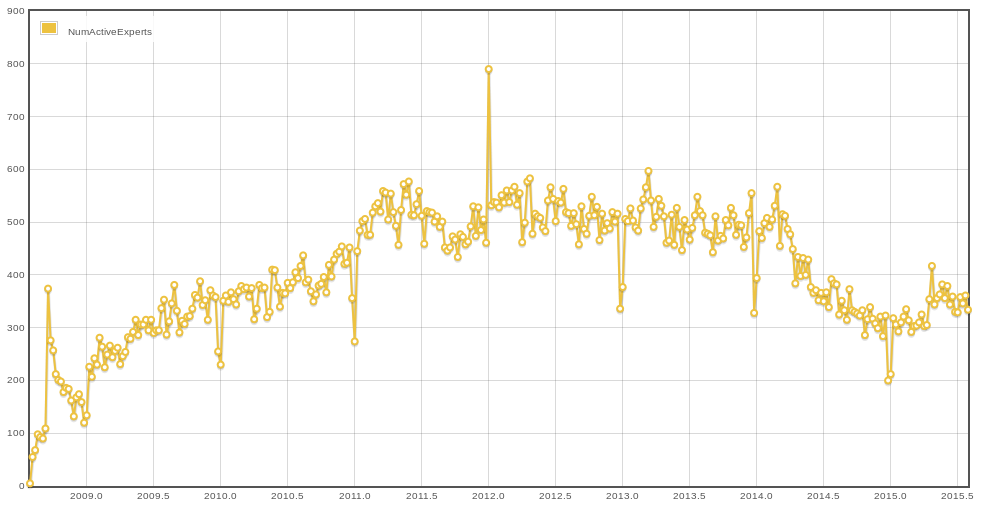 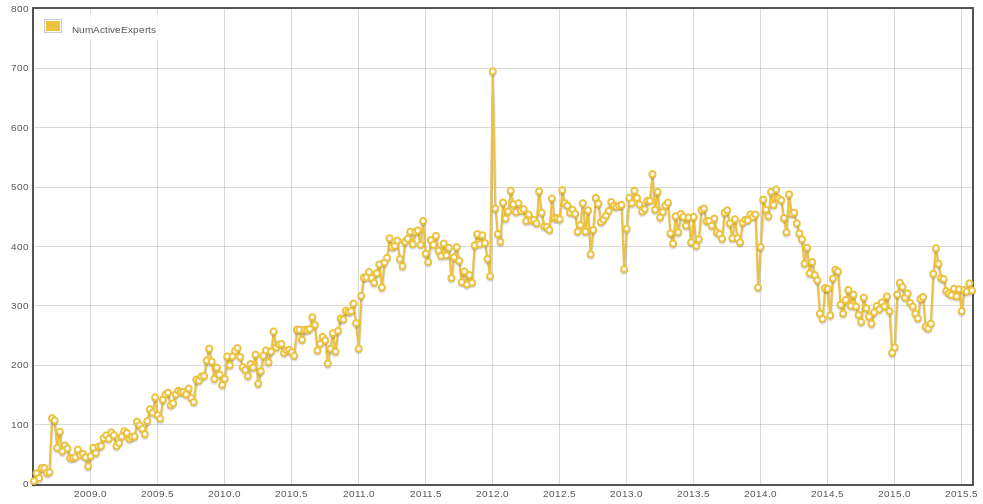 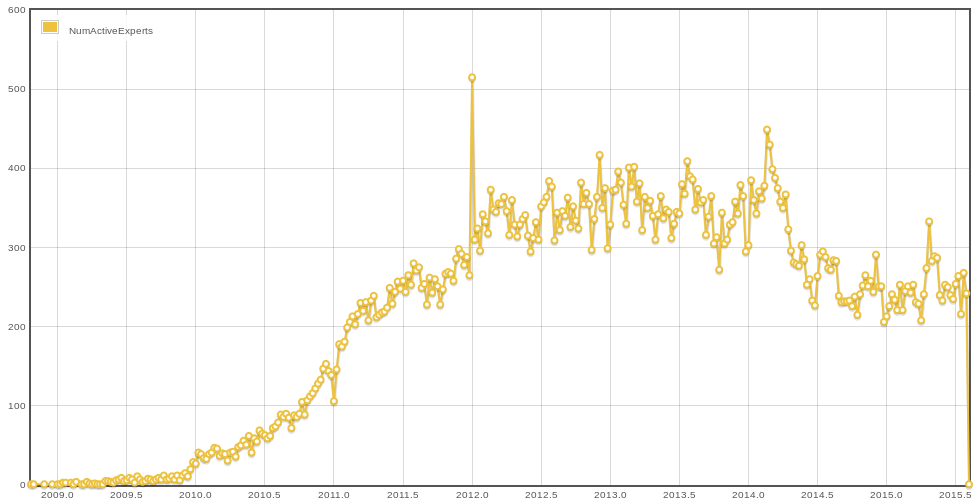 JQuery (same as for PHP): 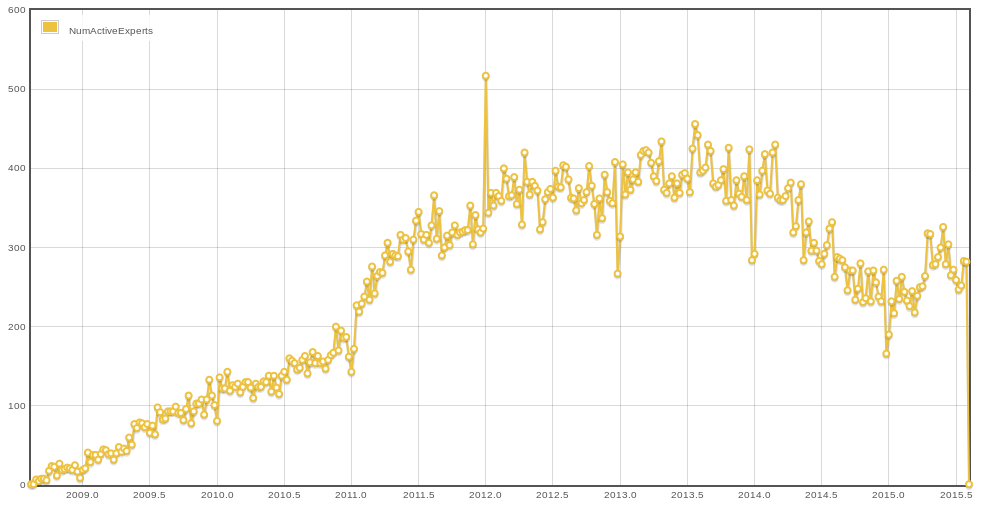 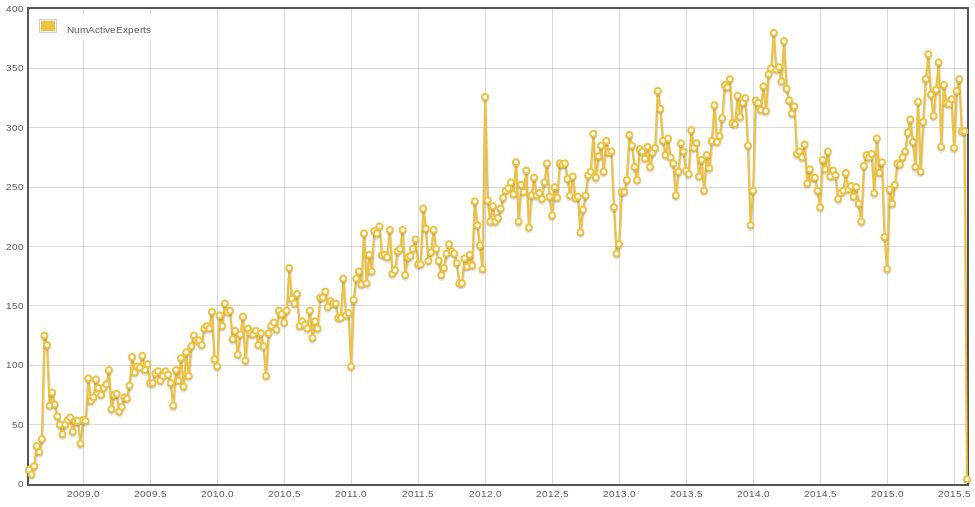 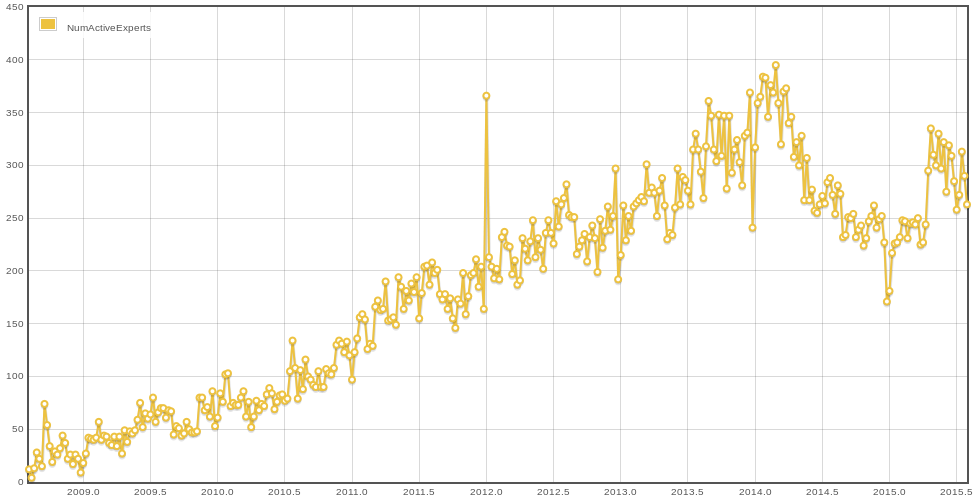 Growing tags are still there: angularjs, vba and excel, for instance.

Excellent early analysis of the 2014 top user exodus is here. A more theoretical analysis is available in this post (a Markov chain with an absorbing end state). No idea on the resurgence and decline pattern in 2015, though. (EDIT: Although some folks point out Panda 4.1 Google update that occurred IIRC in 2014-09).

Two hypotheses I haven't checked for individual SO tags:

1221
Why is Stack Overflow so negative of late?
382
Are high-reputation users answering fewer questions?
8
Statistics for Stack Overflow site
17
How does the number of members in a collective compare to all active Stack Overflow users in the tag set of the collective?
1
Number of active members for each tag