How is ranking calculated in the Top Users page? 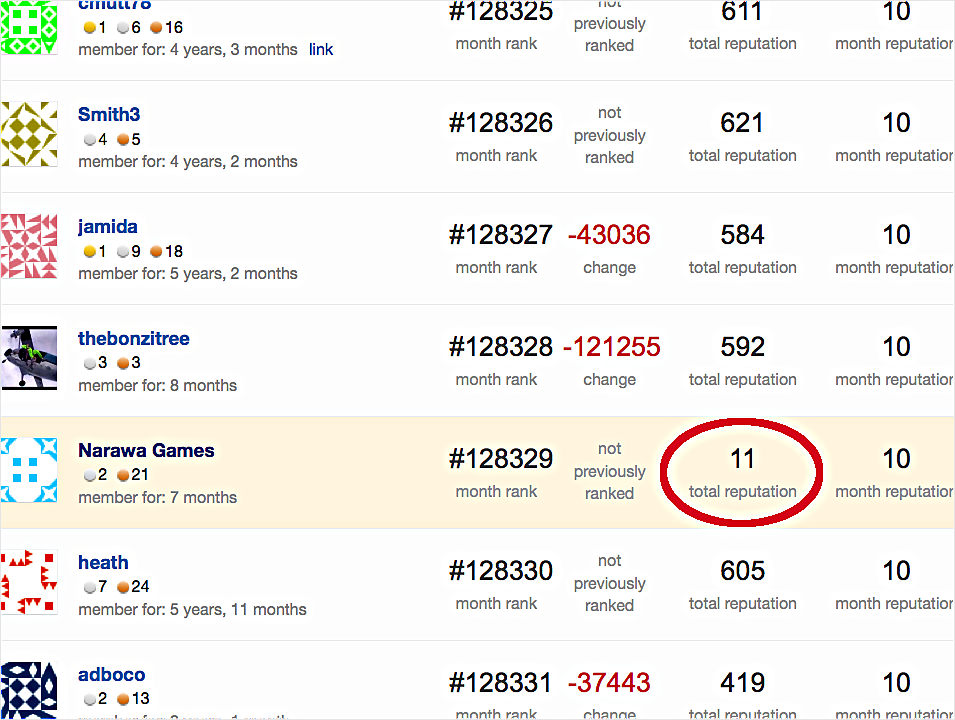 Are all these things bugs? If they're designed as intended, then how is your rank calculated in the Top Users page?

you have sorted by month's reputation which is 10 for all users shown above. users with reputation below 200 are not tracked that is why some users are not shown (because in previous month they might have below 200 reputation)

You start off with 1 reputation.

In January you received one upvote, taking you up to 11 total reputation -- but having achieved 10 in the month.

Not the answer you're looking for? Browse other questions tagged support reputation top-users .

1
Tag Top users Math
2
What is the logic behind "top users" tag tab page?
6
Am I in the Top 10 users of my country?
6
"Top users" for this week is completely messed up