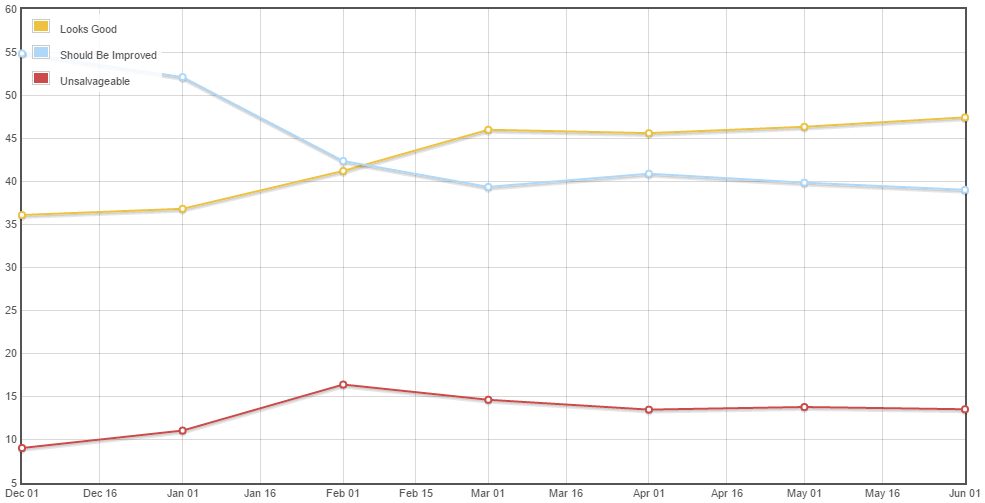 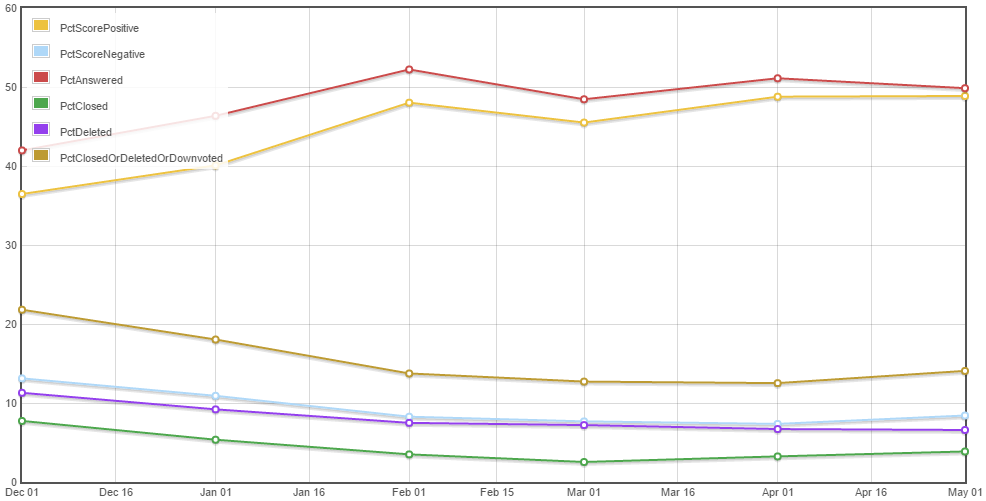 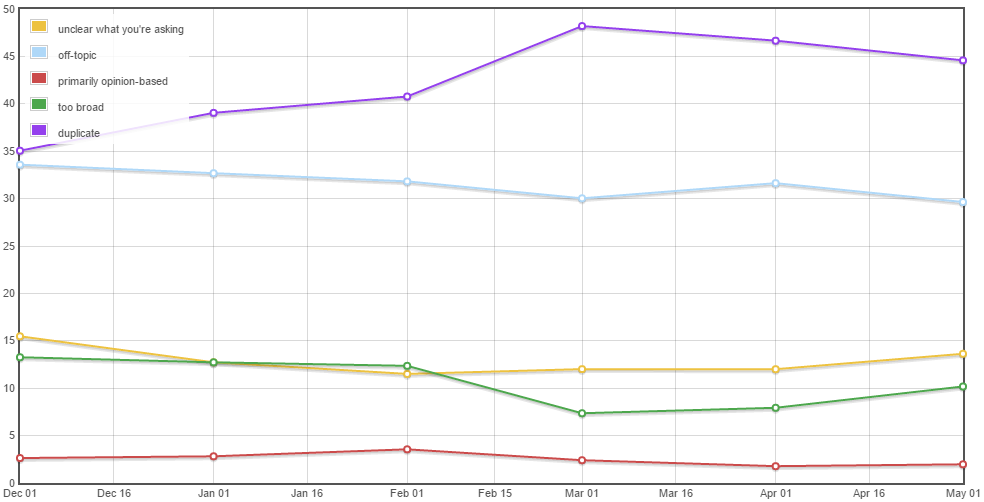 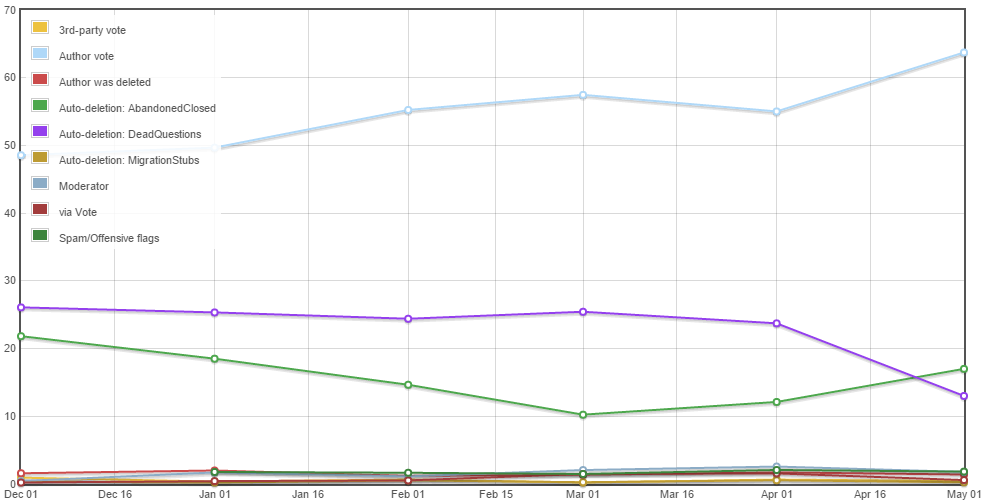 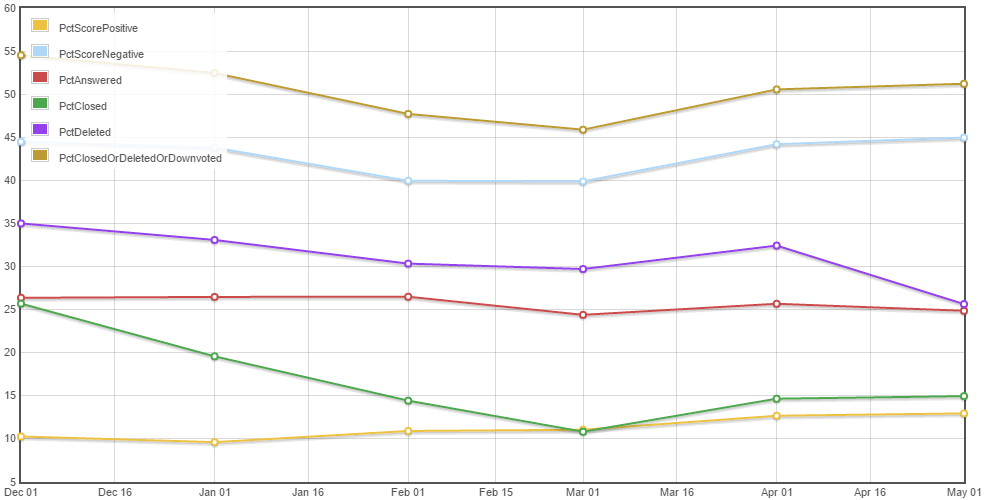 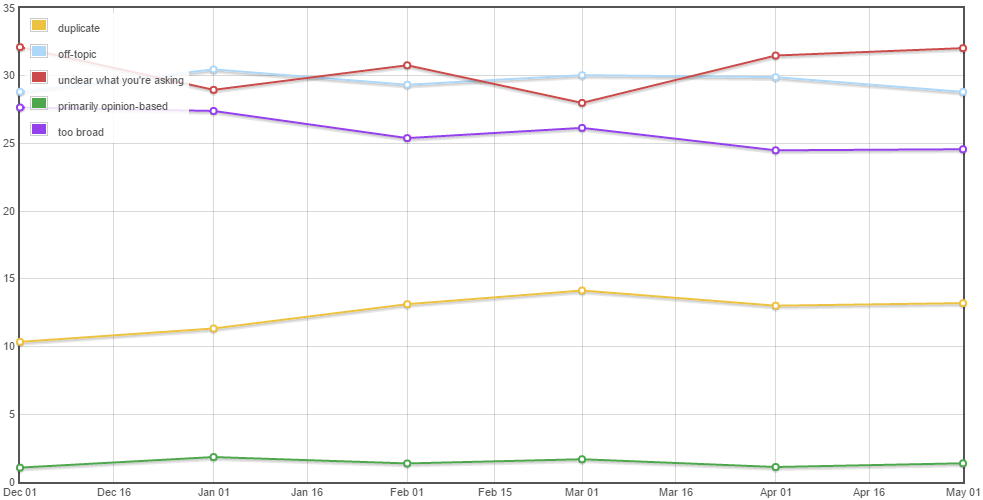 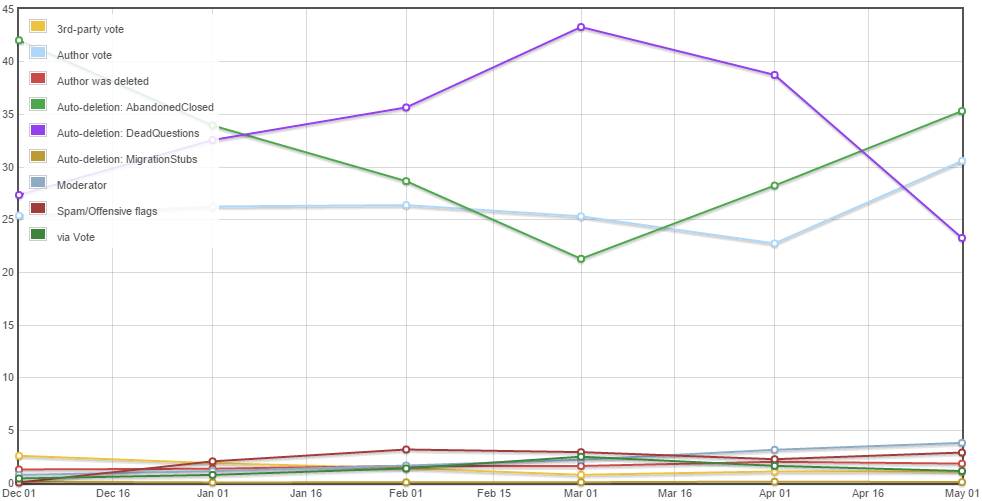 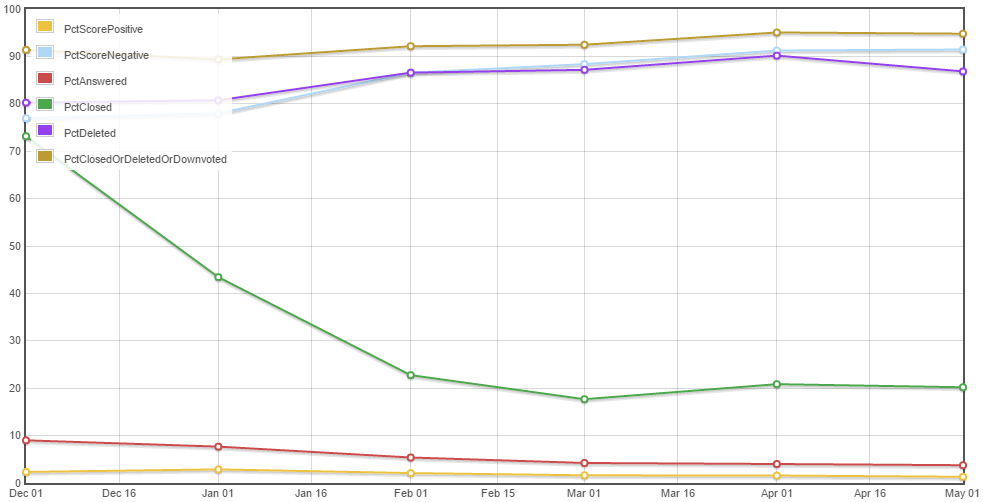 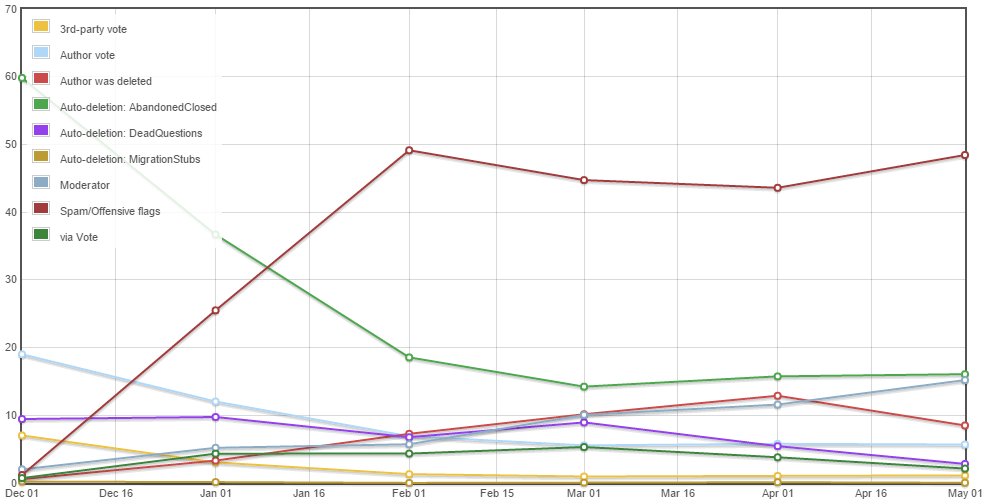 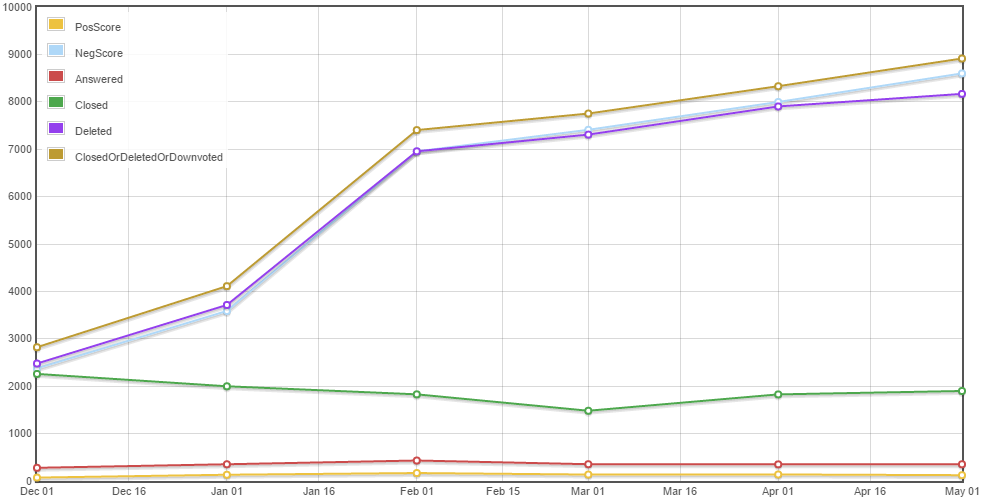 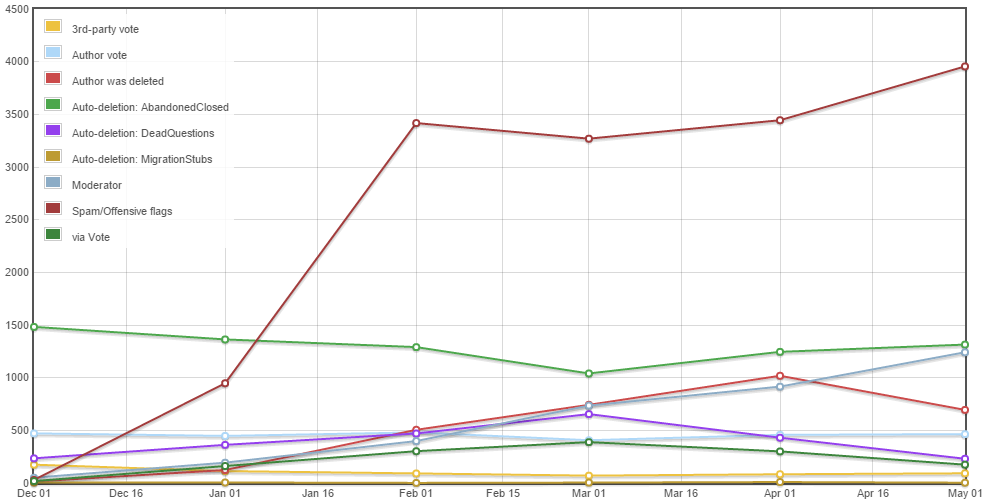 333
Help us test question triage!
82
We should clean up posts that should be improved but haven't been and won't be
100
Reduce usefulness of posting spam to Stack Overflow
124
What posts get deleted, and why?
37
Voting history statistics request
71
Is it normal that I find a very large portion of the Triage queue to be Unsalvageable?
59
Lots of disputed flags since yesterday
25
Are there audits in the triage review queue?

48
Triage gray areas - what should we do when the question is borderline?
32
Are raised flags during triage disputed if others disagree?
111
Suggestion for rewording of triage review guidance
17
Increase reputation requirement for triage
11
Disable duplicate flagging in Triage
46
Why is "Should be Improved" now "Requires Editing"?
4
Why not merge Triage and First Post queues?
65
Triage implementation has been (silently) abandoned midway, how bad is that?