This reminded me of this answer of mine with 141 votes, while the top (and accepted) answer has 68. However: 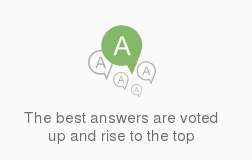 which is nice. So the sorting goes by score, but the accepted answer does get on top regardless of the score difference, giving the power to the single user to decide, instead of the community? I mean 141 towards 68 is a big difference. Or is there some threshold value? For example 200 votes towards 50 votes, then the 200 votes answer goes on top regardless which one the user accepts?

On the other hand I thought that this was okay, since I expect the users to check at least the second answer too. But, this question of mine made me think twice and make this post! I got some good answers and it was hard for me deciding which one to choose. Before that, the two top answers by haccks and Sourav Ghosh were side by side, but after I accepted one (but I was not really sure which one to accept, both were fine! I mean I might decided wrong), it's score was incremented much more than the other, which indicates that most users didn't bother to read the 2nd answer, or where already fed by the 1st one.

Super relevant answer that pretty muchs seems it up. (thanks to Deduplicator)!

4
Accepted Answer Vs Voted Answers
23
Why are negative score accepted answers still at the top?
7
Why don't the best/most upvoted answers on this website appear on the top?
42
What is the prevalence of accepted or top-voted answers that are actually intrinsically flawed? (research)
15
Feature request: introduce an optional sort option for answers that lets new *good* answers rise faster to the top
30
Improving answer visibility by listing top answers on top
3
Low voted, non-accepted answer on top