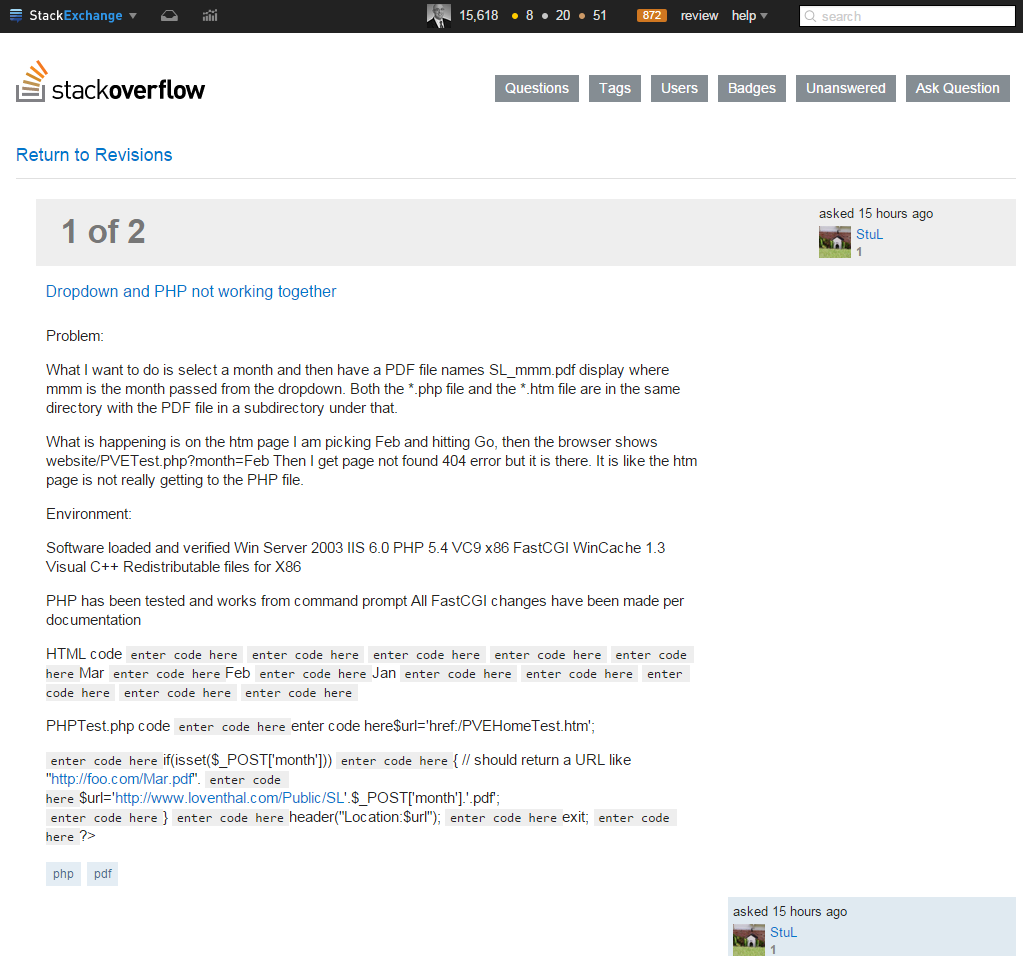 17
Formatted code block within spoiler tag?
70
Indent 8 spaces when clicking the Code Sample button after a list item
50
Should we make the {} button add ``` instead of four spaces?
299
Change the code block button from inserting indentation to triple-backticks