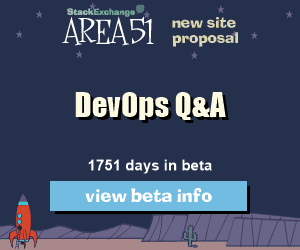 17
Should a fairly off topic question that would be beneficial for the community be asked?
44
Are edits acceptable that remove "bias" from answers?
13
Is AWS CloudFormation allowed here?
3
Where can I ask system administration related questions?
6
Why was this Ansible question migrated to dba.stackexchange.com?
3
Are all questions relating to Chef off-topic for Stack Overflow?