Does flagging off-topic flag as duplicate as well?

I flagged one post as being off-topic, and saying it rather belongs on Super User. However, on accident I clicked the flag button again, and this is what appeared: 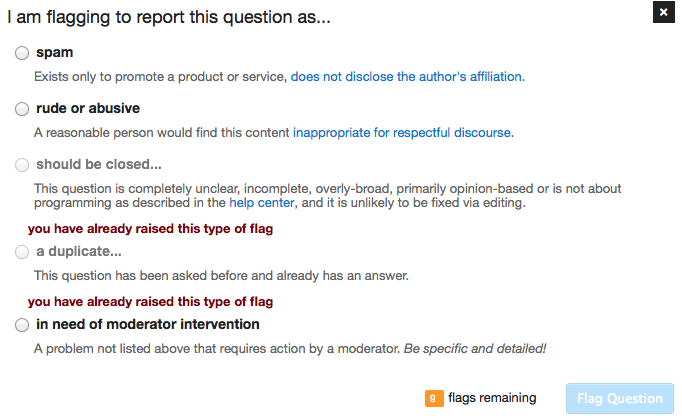 I've only raised one flag: off-topic. However, why does the system think I have raised two flags? Is this a bug within the system?

They're both the same type of flag in the sense with either choice you're asking that the question be closed. There's really no point in raising both of these flags because either way the result will be same, only the message on the closed question would be different.