Looking at the profile for the community user, I see that it has offered a lot of bounties: 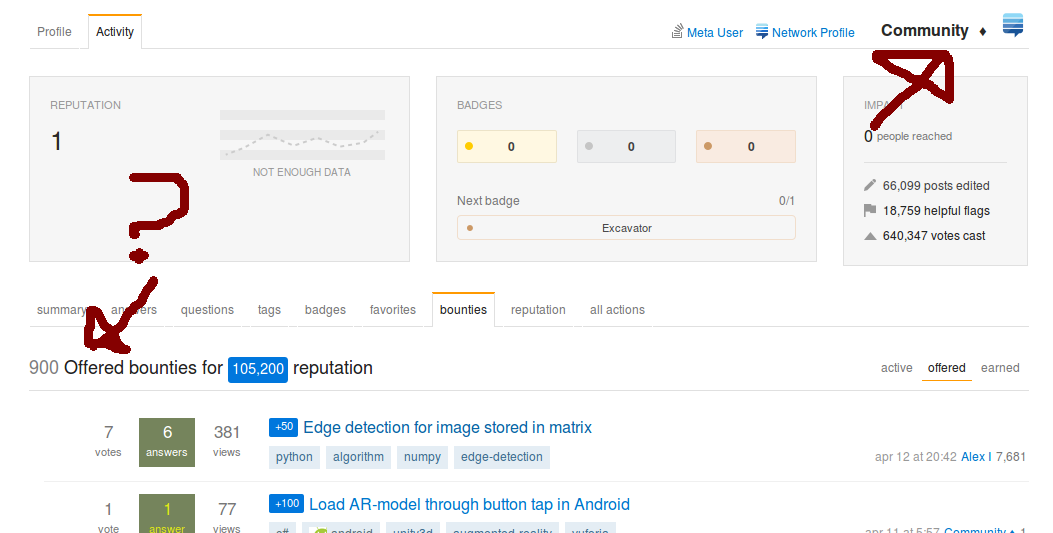 Also, I saw a banner on a question which said "This question has an open bounty worth +50 reputation from community", so it seems that the community user actually places bounties on questions.

Why ? How ? Does a robot decide what is a good question worth putting a bounty on ?

This comes down to account deletion. How this works is a user posts a bounty on a question. Either they award the bounty, or it times out, or during the course of the bounty the bounty placer's account is deleted.

For an example of the latter, see this question. Clearly, the bounty was manually awarded as, if you scroll through the revision history, you can see that it was set for 50 points. The first answer on the question was awarded the full 50 points. This means the placer had to have stuck around long enough to select an answer to manually award the bounty to. This is further confirmed by the asker's comment under the answer stating "grant bounty to you."

See Also On MSE: How Does the Community User Set Bounties?

32
Can community bot upvote posts?
-7
What can be the cause of a user deletion?

2
Preventing wasted effort when user has a history of letting their bounties expire
48
How much do bounties increase the likelihood of getting a good/acceptable answer?
1
Why aren't bounties visible anymore?
9
How much time does our Community User generally take to award the bounty in case of bounty not being awarded within 7 days (plus the grace period)?
18
What's the reason for auto-awarding bounties only on answers coming after the bounty is offered?