As a personal solution I created a little JavaScript script called textarea-devtab.js, which you can test here. It basically implements this small but very useful feature on any children textarea of the chosen Element. If you want, you can easily add this to your Chrome devtools code snippets and run it whenever you need (as I personally do at the moment). 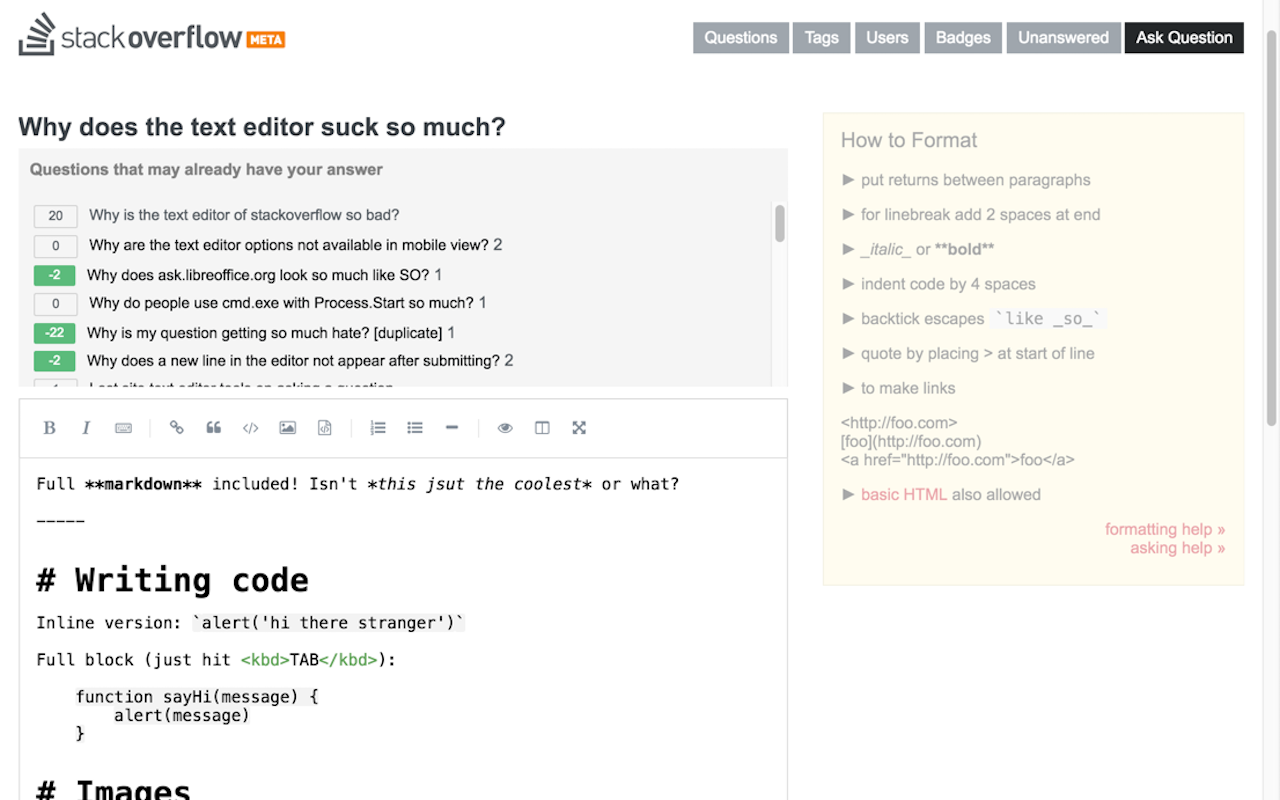 58
Why does the tab key not work while writing questions/answers?
3
Is there a way to indent a chunk of code?
7
Indent and outdent function in editor
4
Allow for tabbing within textarea input boxes
3
Blockwise indentation
3
Preferences option to enable tab-key space inserting
2
Tab usage in Q-A section as in Documentation
190
Feedback Requested: Code Editor and Stack Snippets
55
How do I remove excess indentation on my code blocks?
-19
Stack Overflow vs. Stack Overflow - What can we as a community do to improve the relationship with the company that backs us?
See more linked questions

18
Will the Stack Overflow editor ever get better?
18
Inconsistency of indentation of tabs between markup editor / code samples and Stack Snippets
31
Mention the available keyboard shortcuts for formatting posts in the editor help
70
Indent 8 spaces when clicking the Code Sample button after a list item
1
Add support for multi-cursor editing