It looks like a "question is very low quality" link was added to the HIQ (Help and Improvement Queue) recently.

I'm kinda confused since it does a "very low quality" flag, when I thought we were phasing that out of existence. 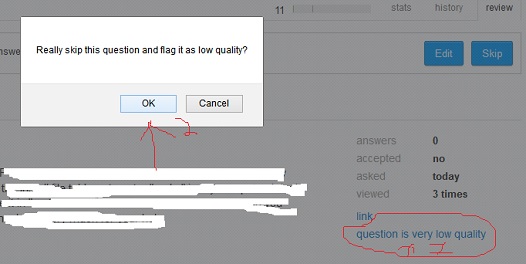 Remember that flowchart I posted when announcing the Triage queue? 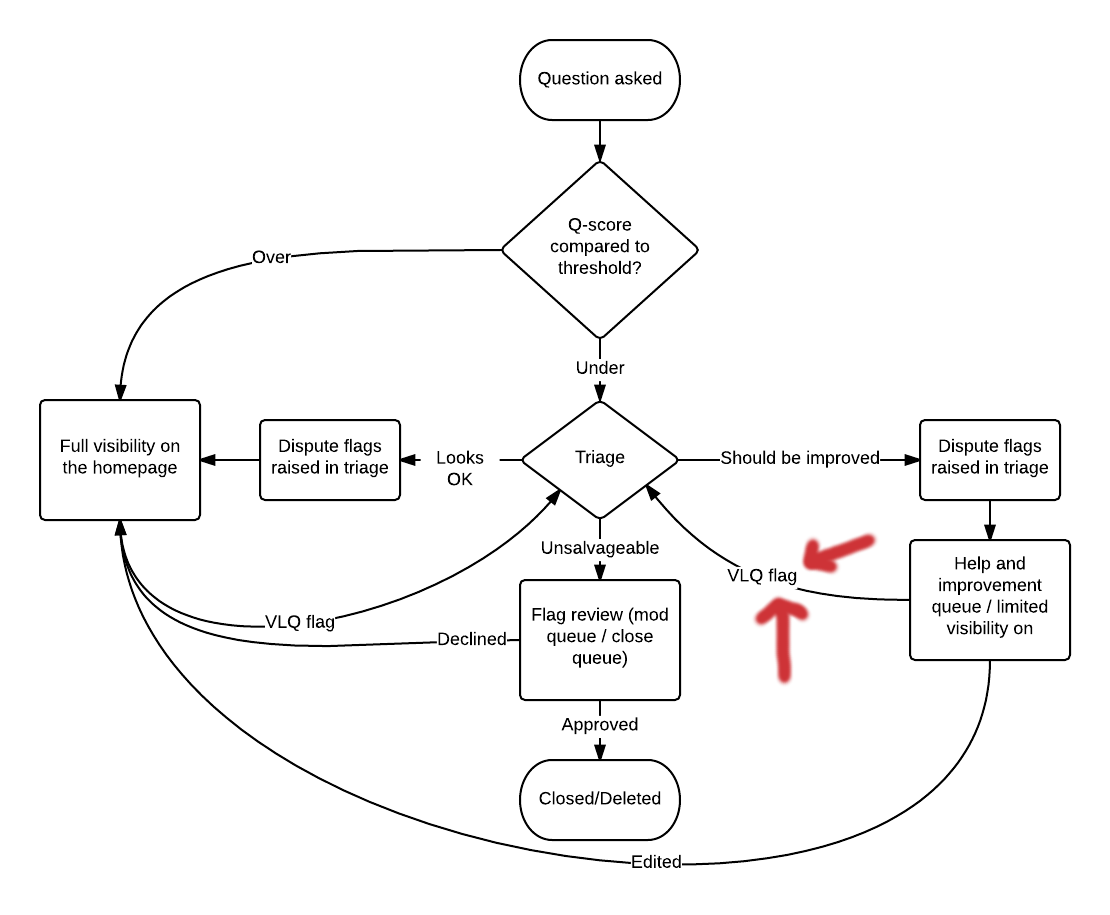 Geoff just drew in that last line. If you come across something in the Help and Improvement queue that's just... Painfully bad... You now have an escape hatch, a way to send it back into Triage for a second look.

The Very Low Quality flag was always intended to mean "this is so awful it should be deleted"... But unfortunately, that's been a bit fuzzy for quite some time now, as the only way for folks who aren't moderators to handle these flags is to... close. And once you equate "awful" with "close", folks start to turn that around, thinking "if it can be closed, it must be Very Low Quality!"

But that's nonsense. Plenty of questions should be closed but aren't abysmal crap. We don't need a flag to pile on top of (Recommend) Close votes - if you think a question is poorly-written and worth closing, then just downvote it before you close-vote it. We don't really need this flag at all...

Lots of folks struggle to understand our close reasons... But they know "ugh" when they see it. Giving them an easily-identifiable way to communicate this benefits everyone, as long as that signal is interpreted properly.

Enter Triage: a system designed from the start for differentiating between "good enough", "has fixable problems" and, uh, "ewwww". Of the three options available, two dispute the flag and the last... Well, passes it on to someone else for a closer look and, in all likelihood, deletion.

All questions flagged Very Low Quality now immediately enter Triage; if you check the Low Quality review queue on Stack Overflow, you'll see there are no questions there anymore. Flags that can't be handled by Triage are still passed on to moderators, but review gets a running start at them - and an opportunity to do some heavy-duty filtering, with the aim of reducing the number of misguided flags that moderators have to decline.

Oh, and while these questions are being triaged, they're not shown on the home page. Take that, wall of crap.

These changes just rolled out this evening; we'll be keeping a sharp eye on it for the next few days, and likely making a few tweaks, but hopefully this'll provide the missing piece of the quality-control puzzle we started putting together months back.

Not the answer you're looking for? Browse other questions tagged support flags low-quality-posts triage help-improvement .