I feel that maybe we are overdoing the downvoting [closed]

This question does not appear to seek input and discussion from the community. If you have encountered a problem on one of our sites, please describe it in detail. See also: What is "meta"? How does it work?

I mean... I understand why I should be downvoted to hell if I say "Let us charge $1.00 by paypal for every downvote a user makes" 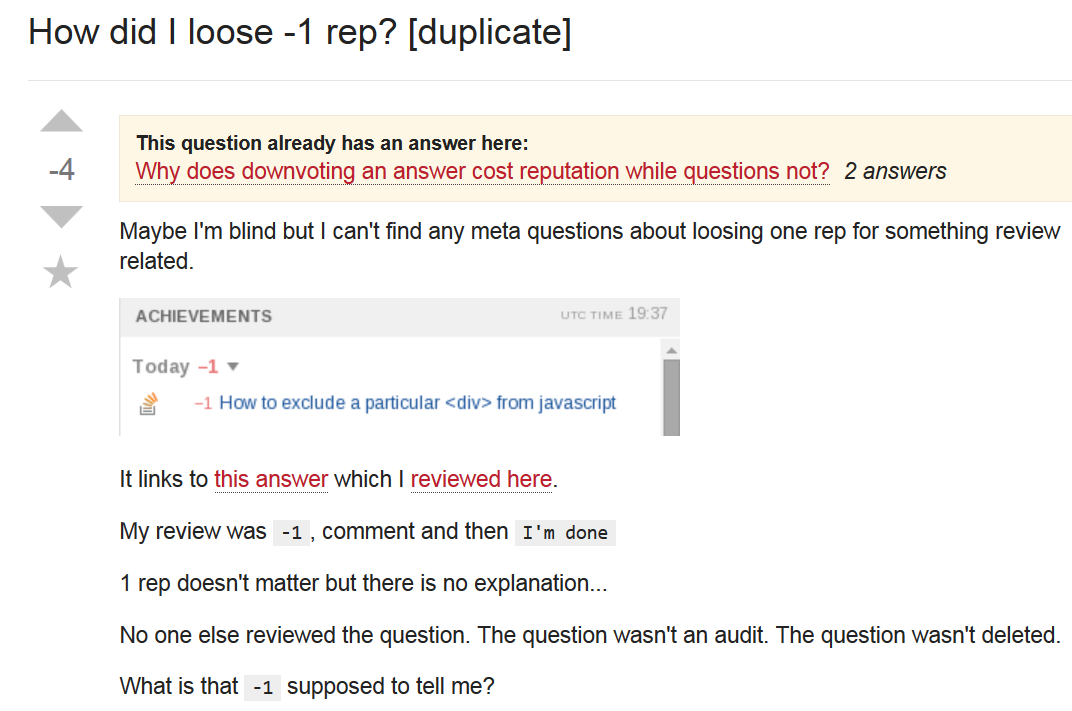 I know it is a little messy, a little bad grammar... but the user just wants information.

That is not what the "meta effect" is. The meta effect is when a thread receives a disproportionate amount of attention due to being discussed on meta, often resulting in an exaggerated amount of upvotes or downvotes. Exercising downvotes on meta is a part of how this website works and is status-bydesign.

Downvotes basically mean the same thing here unless it's a feature-request. It even says so in the help center. The question demonstrates lack of prior research and effort, so users downvoted it. Nothing wrong with that.

The user just wants information, true. The user also received information, in the form of a link to the question they had duplicated.

Are our standards so low that "I just want an answer" should be a defense against the complaint that a question A) does not show research effort, B) is unclear or C) simply is not useful?

Clearly not. Downvotes convey some or all of that meaning. They don't mean "I hate you and your face and your little dog."

In the case of your own question—and let's be frank, you've been around the block enough times to expect it wouldn't be received well—I suspect the downvotes are mostly expressing "not useful" with a healthy dose of "so very, very boring" added for good measure.

People get tired of the same topics being raised for discussion repeatedly with no fresh ideas. This is one of those topics:

In no particular order. The list goes on. Downvotes are a source of great consternation for many users.

To be fair, it looks like you're asking specifically about questions on Meta. Once in a blue moon, this sort of question yields some interesting and even productive discussion; here are two examples:

Something makes those questions compelling to read and respond to. Read them; learn from them. Better luck next time.

173
Can we talk about the voting culture here on Meta?
81
Getting to Know Stack Overflow's Voting Culture
-18
How to remove down votes?
-3
How to combat drive-by downvoting?
-26
Should down votes be peer reviewed?
-18
Undeserved down-votes
-38
About The Vote Down Thing

1
Strange Downvoting of my Valid Answer (Maybe?)
19
Questions that feel like spam
1
I feel an answer should be accepted and maybe also downvoted. Am I insane?
108
Should "Very Low Quality" flags be offloaded entirely to tag experts?
48
Should we stop making martyrs of highly controversial opinionated posts?