Mobile Access Editing Help not shown on Chrome for Android

I was waiting for someone to show up and decided to kill some time answering questions on SO, I do not have the SO app since I rarely answer questions on mobile (also, I'm a fairly new user despite having been a long time lurker).

I was trying to answer a question and did not indent my code, and was greeted with the below problem, which I then did what most people do on first instinct: Google! I found this post which shows you how to indent code, I used the HTML 'code' '/code' tags from there; but somehow I still got the error, (also tried adding a 'pre' tag). (by the way, the tags work fine here on Desktop surprisingly.

Since activating a keyboard shortcut ain't really possible on mobile, nor is there a { } shortcut, I ended up manually spacing it by 4 spaces (which I set up SwiftKey to insert a period every 2 spaces so it was inconvenient). I couldn't locate the help button and had to go Google.

Where is the [?] icon on the mobile version of the site, I couldn't find it. It would be great help for new users. Or maybe we could edit the prompt to ask users to manually insert 4 spaces each line of code? A workaround is to request for a desktop site and answer from there of course. 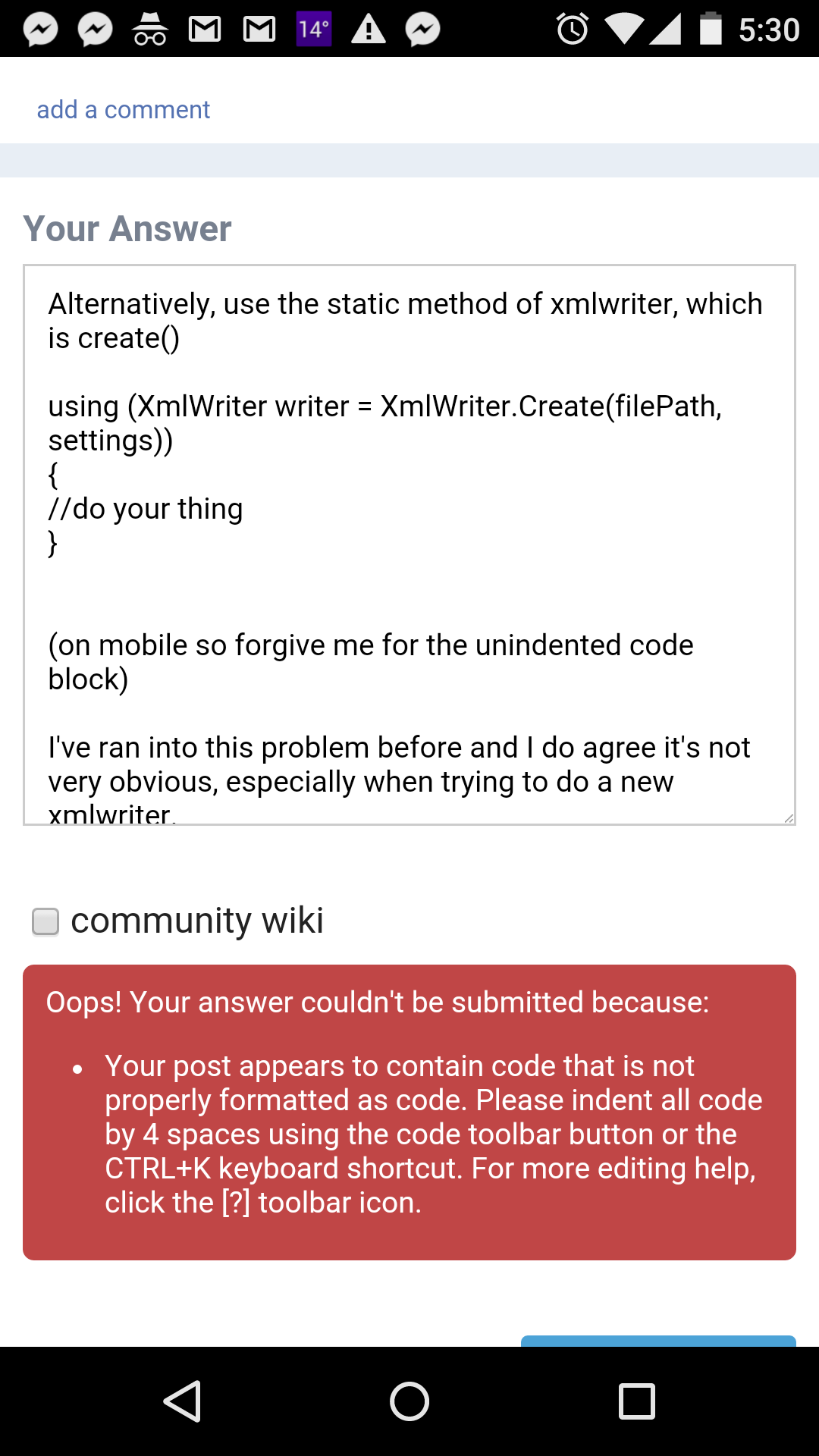