I run into some weird problem. When i tried to edit question preg_match issues using php variable

I've edited code which i paste below:

And even here i can't see code. I attach screenshot so it can be little clearer: 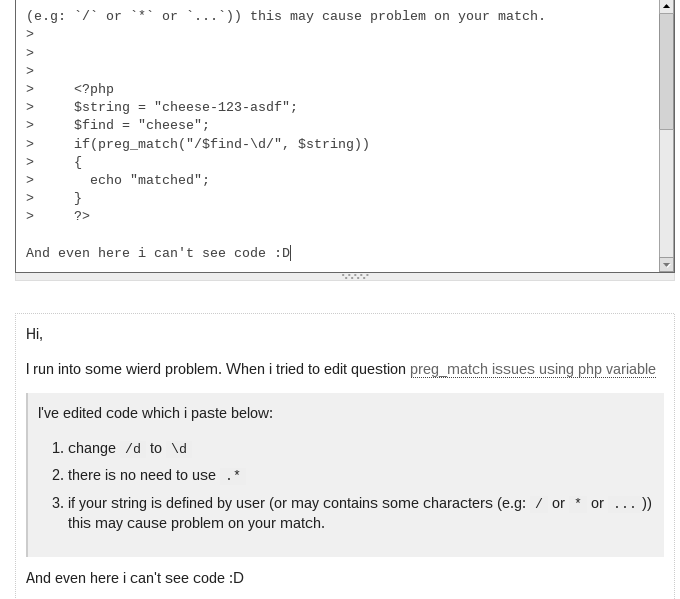 After some investigating it seems that it won't render unless:

Whether or not this is a bug, I'd say it's more trouble than it's worth. Just format code the proper vetted ways:

A similar issue happens with code followed by bulleted lists, where you have to add filler for it to render properly. Example: