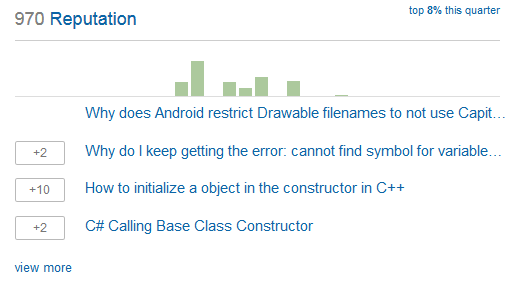 On SO, my reputation box shows that I earned no reputation for a specific question. But there is no such box actually! It is missing! (as specified in the image above)

Instead, it should show a box with +0 as reputation, like it shows for vote counts of a question:

For the same question, it does show -3 votes:

What actually happened is that I got a few upvotes and a few downvotes on this question, resulting in no change in my reputation.

In such cases, I expect the UI to display a box with 0 or +0 written in it. I think it is a bug. If otherwise, please correct me.

26
Year tab in Users tab displays wrong reputation for some users
7
When positive score vs negative score results zero it is not showing on profile's summary
7
Why is my reputation not visible after the association bonus?
3
Should I delete a twice upvoted and twice downvoted answer?
27
Bug reputation Stack Overflow meta and main site (More than 30 days & different devices)