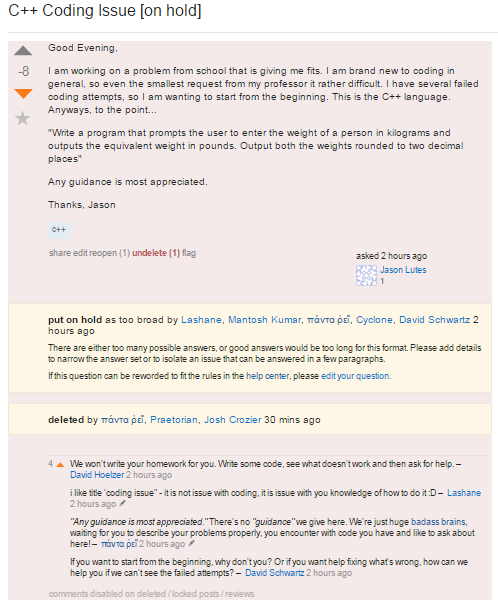 198
Is it okay to downvote answers to bad questions?
2
Canonical “Plz send codez” answer?
42
Should I downvote attempted answers to bad (too broad) questions?
70
Is using Stack Overflow for gimme codez questions encouraged?
20
Is it wrong to downvote a good answer to a duplicate question?
6
Shouldn't we revert reputation gains for answers to closed questions?
16
What should we do when a user does not learn from previous answers and keeps on asking questions?
-2
Should this question be flagged or answered?
2
How is this horrible question considered on topic
-7
Does the quality of an answer depend on votes if it is marked as the correct answer?
See more linked questions