Allow (some) Markdown in question titles

It's very important (IMO) to keep the front page clean and elegant. 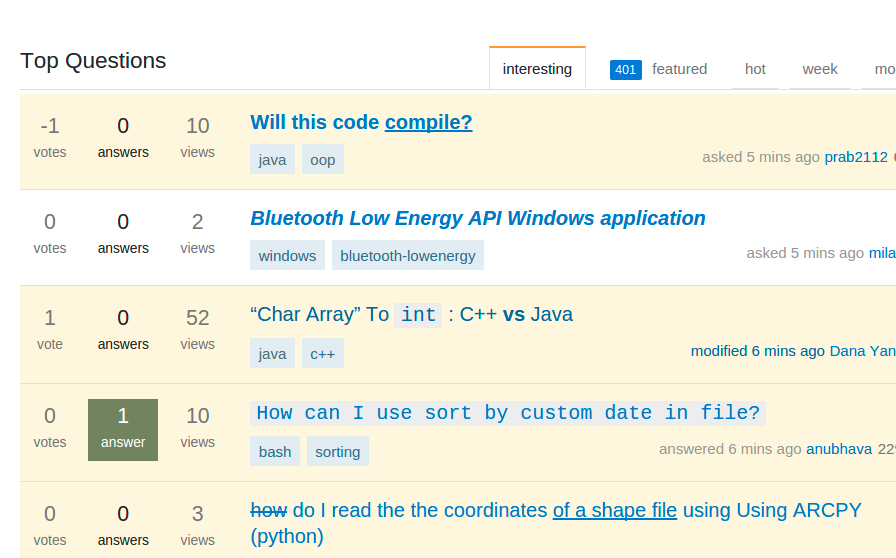 Think about badly formatted titles, that we suffer from it even without allowing formation.

I think that keeping the front page uniform and clear is sexier.

We should support at least inline code snippets in question titles. It's useful, e.g. more precise, to know whether a question is referring to integers as an abstract mathematical concept versus an Int, a specific class/module/whatever.

Beyond that, I think it might be perfectly fine to also support emphasis and bold text too. Yes, of course people could 'go overboard' – and of course some people will too! But that's a bad overly-general argument! The site is already filled with bad formatting (and bad questions, answers, and comments). We shouldn't allow the possibility, or even inevitability, of some bad thing happening from giving this site's users additional useful tools.

Consider this supposed example of the 'horrors' of allowing Markdown in question titles, copied from Maroun's answer to this question

The first title is terrible as-is. The question should be edited anyways! And while whomever it is is doing that, they can remove the extraneous underlining in the title too.

The second title is also bad. The question should be edited anyways! (Hmmm – I'm noticing a pattern!) Whomever it is that volunteers to edit that question can also remove the superfluous emphasis from the title.

The fourth title should be edited so that only "sort" is formatted as code.

The fifth title can also be edited. We don't need to support any and all Markdown in question titles, underlining might be useful, but it's also ambiguous given that it's almost exclusively used for hyperlinks, particularly when the text is blue (or otherwise not the same color as other similar text on a page). But anyone editing the title would probably also un-capitalize "Using" and remove "(python)" (and tagging the question if it wasn't already).

So, basically all of the example titles should be edited – even if we never allow Markdown support in titles.

The reasonable conclusion is clear – users must not be allowed to write their own question titles!

2
A small bug using markdown with links in comments
20
Why does this markdown not render as a list?
67
Allow "question" in title if enclosed in quotation marks
4
Heading underline markdown rendering differently in preview to published