Known Redundant Flag is not Identified in Flag Dialog

Earlier this morning, I flagged an answer as VLQ because instead of answering the question, the user posted contact info and request that the OP contact him privately. There was no useful content in the answer at all.

The flag is shown in my flag history and is still listed as "active". However, if I click on "flag" on the answer again, I still see the normal flag box and can select VLQ flag again, instead of the usual red text that says I have already raised that type of flag.

Is there a reason that an active VLQ flag may not cause the flag dialog box to tell me that I have already raised one? 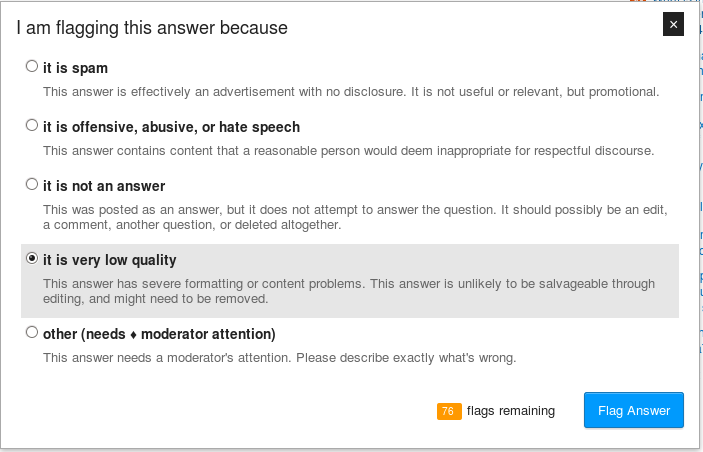 Conversely, if I visit a question with an active "Too Broad" flag, I get the expected red warnings. 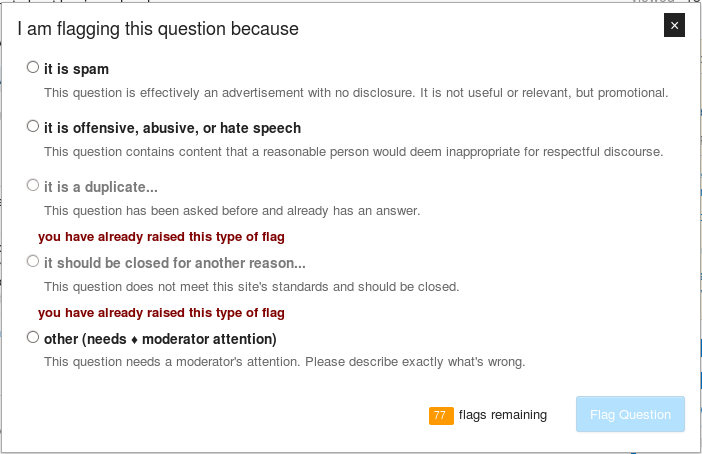 Both flags are active, so they have not been handled. What accounts for one active flag resulting in a restricted flag dialog, but not the other?

Sure enough, the low quality and not an answer flag types didn't present state when they were shown. This will be fixed in the next build.