Where can I find a reference document explaining the semantic of the Wigii xml configuration files ?

My action was Looks OK but I failed the audit with:

This question is spam or nonsense and should be considered Unsalvageable.

I have never heard of it, but I did google Wigii, and it seemed legit. I am new to reviewing things, and want to do it right. What did I miss?

This was the question (10k users) that triggered the failed audit. Image below: 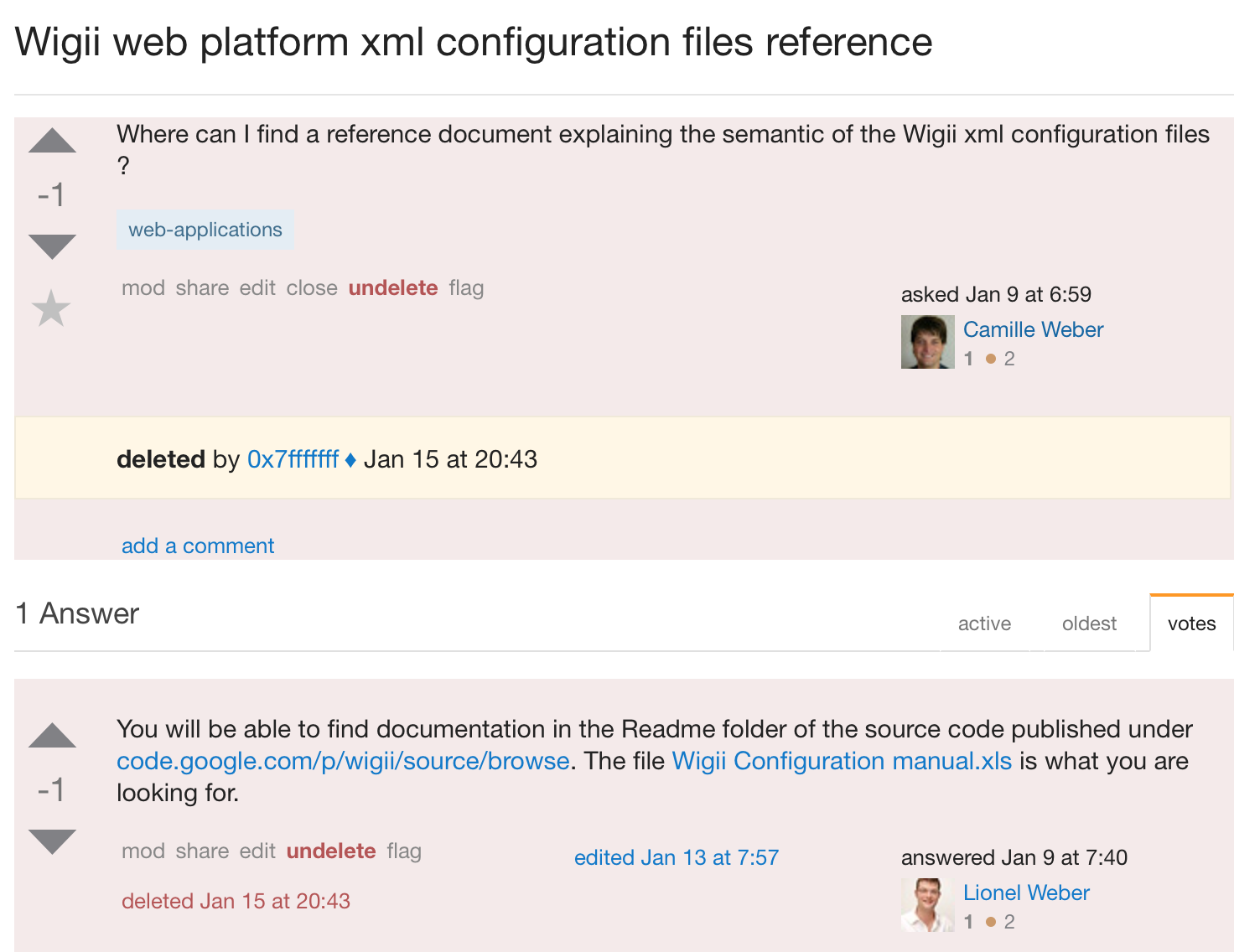 Notice anything odd about the asker and answerer? This was flagged as spam because it was an attempt to seed links to a particular project on Stack Overflow. When the question was deleted, that flag was validated and the question became a potential audit case.

Without the context of the answer, it's not a great question, but isn't immediately obvious as promotion. As a result, I've cleared the spam flag on it and left the question deleted, which should remove it from circulation as a spam audit case.

Again, not something I'd mark as "Looks OK" in triage, but not a clear spam case either.

You failed, because that question is unsalvagable:

We are not google, so asking for offsite-resources is off-topic.

Some speculation for the message you got there:

It probably also caught some SPAM-flags, because it was only posted to place SPAM-answers.
Or maybe the posters account was destroyed for spamming.