I was going through the Triage review queue, when I came to this question. I acknowledge that the OP edited the code out of their comment to their question, but however before this their comment was:

Naturally I went to submit an Other flag as the comment needed to be removed (or edited into the question) and none of the default flag reasons apply, when I saw this: 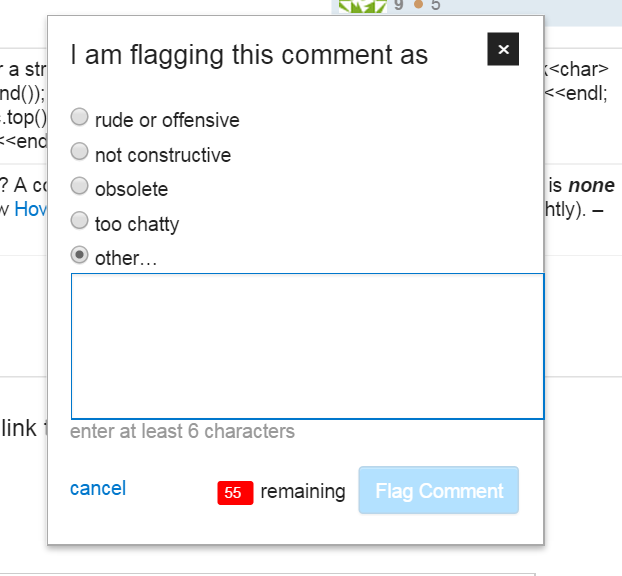 The Other flag option's reason box is too large, you could probably say it overflows (pun intended).

This bug has been confirmed on:

This seems is to be an issue with the new design (there seems to be so many faults with it at the moment, even after testing it here on Meta) as I never noticed this issue on the old design.

This has been confirmed by visiting Information Security where a new design isn't active, this is what the box should look like: 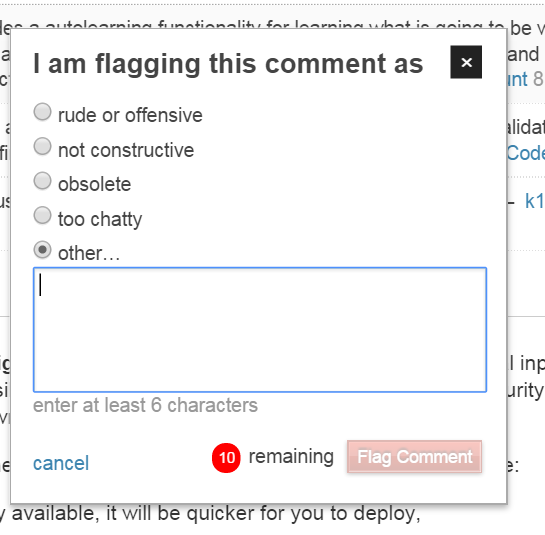 Has this bug been noticed by anyone else, or perhaps is this just me?

In the end I flagged that comment as Obsolete as the question's owner edited their code out and replaced it with this, but it seems mean to flag it as Spam: