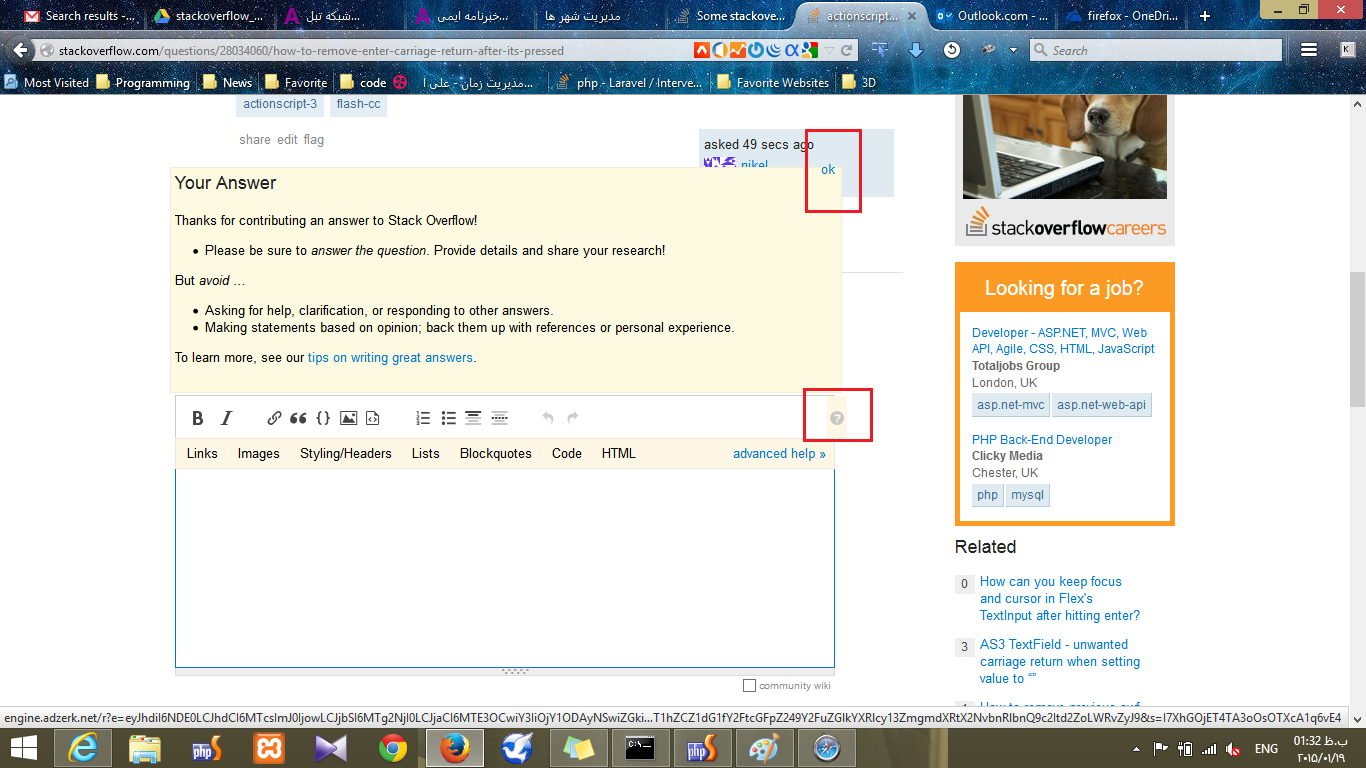 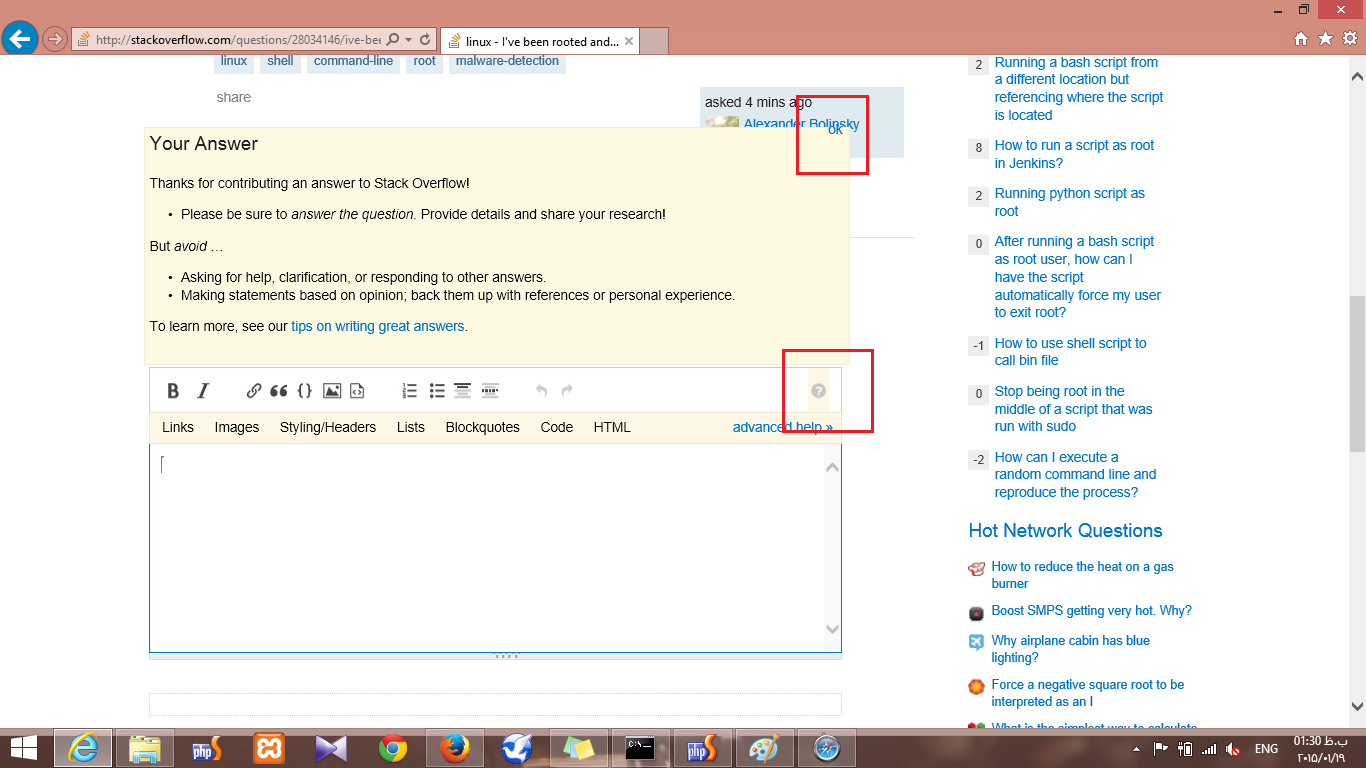 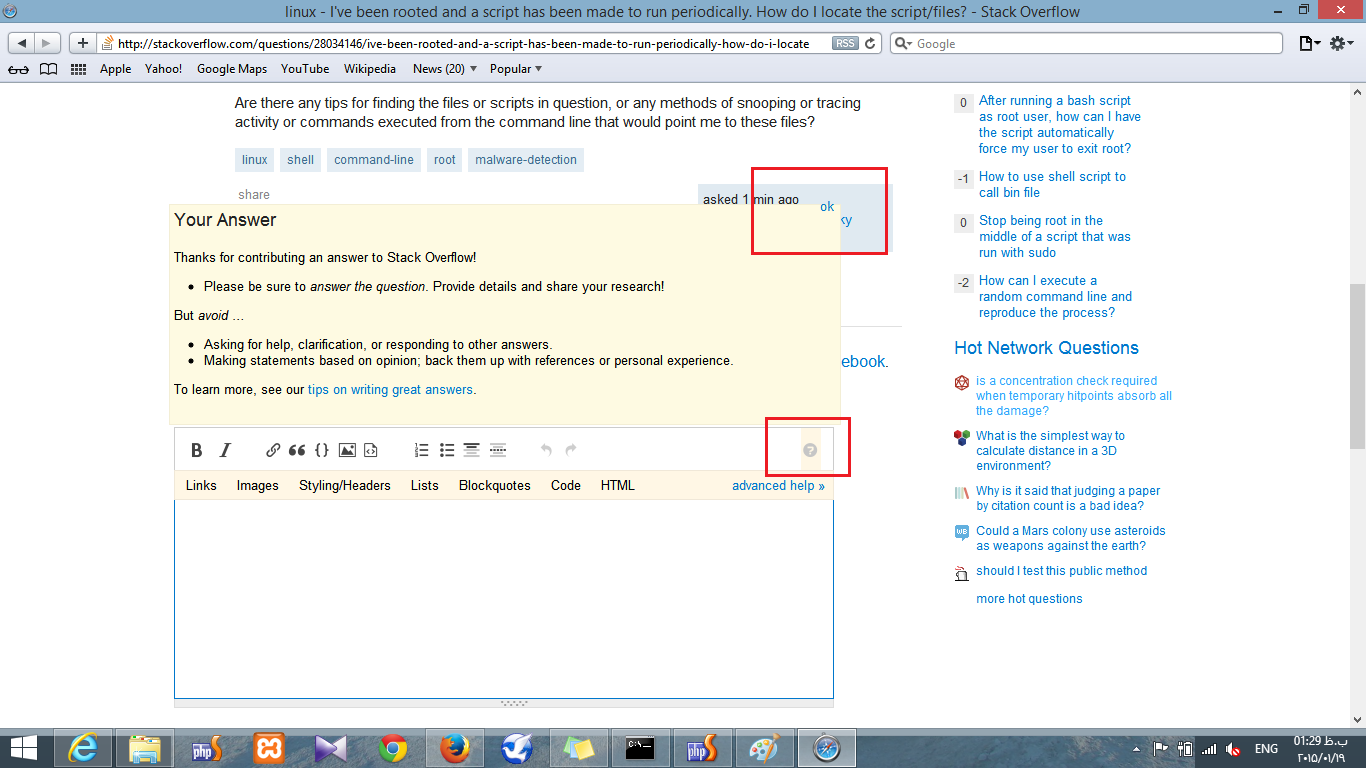 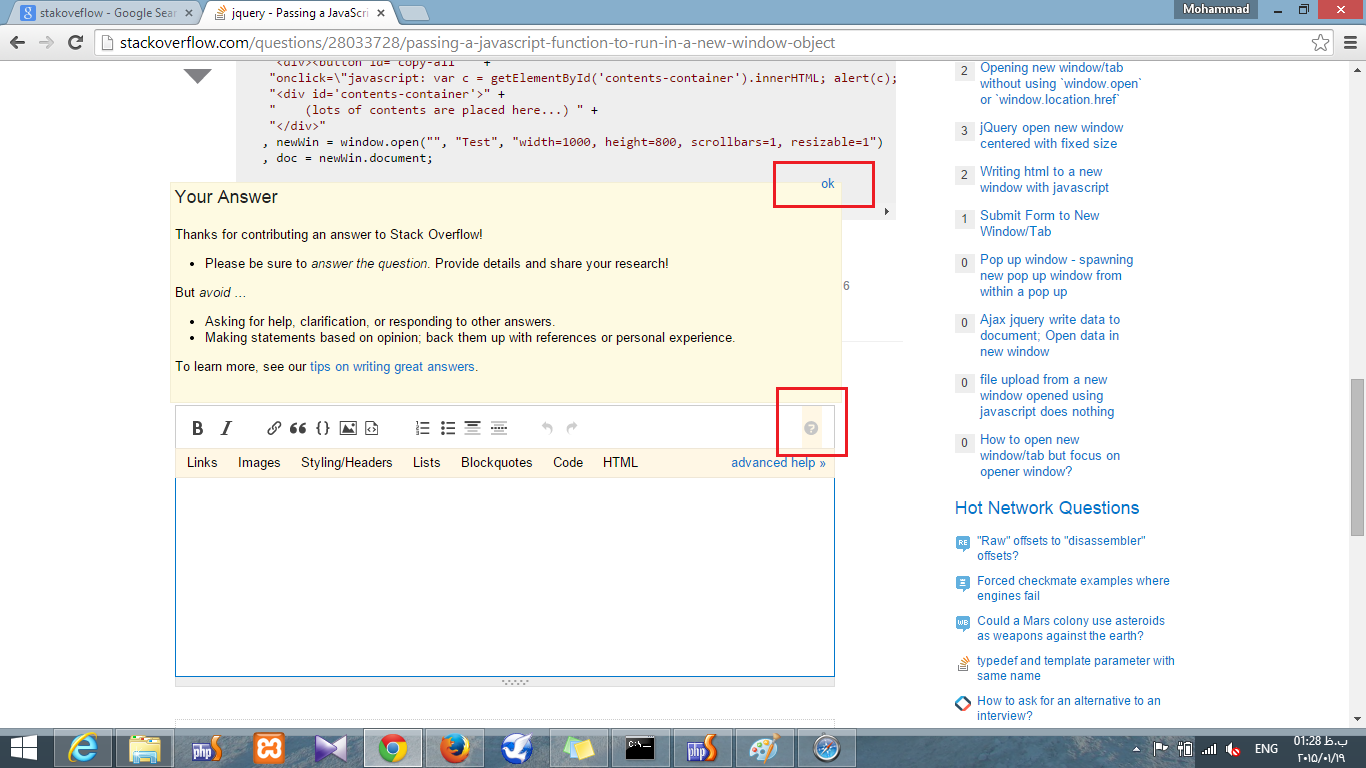 Well, I can certainly answer why the editing help button is so weirdly positioned — it's because it's styled with two contradictory styles: right: 0px and left: 639px. That's a bit of a problem, because:

So, what happens? Well, the CSS2 spec doesn't seem to say (although, for relatively positioned elements, it says that left should win if the surrounding text direction is left-to-right). The CSS3 Positioned Layout Working Draft does say (in a very convoluted manner) that left should win in this case, but clearly not all browsers currently resolve this conflict in the same way.

The obvious way to fix this is to simply remove the redundant and incorrect left: 639px style. In the mean time, it's possible to fix this issue on the client side, with a user style like:

I've added this fix to the development branch of SOUP, and it will be in the next stable version (v1.30), if this issue is not fixed in the mean time.

As for the "ok" button, that's a bit trickier issue, because the HTML code used to display that pop-up is a serious mess of anonymous inline-styled divs and spans with seemingly random positive and negative margins. In principle, we'd just need to move that button about 10 pixels down, which could be easily done by changing its top margin from 10px to 20px.

The problem, for writing a user style suitable e.g. for SOUP, is that there's no convenient way to write a CSS selector to match that button. It turns out, however, that there's an alternative: we can just make the orange (peach? salmon? whatever...) background 10 pixels taller instead, like this:

(The extra body is needed to make this CSS rule more specific than the existing padding style for the background.)

I've also added this fix to SOUP, as well as the following extra rule, which removes the weird-looking background (which I suspect is a remnant of the old Markdown editor design) from the editing help button when it's active: