I can edit a post even if another edit is pending (waiting for review) - is this a bug?

Recently I noticed, that there is a way to edit a question even if another edit is pending and still waiting to be reviewed. Is this a bug or intended?

And now I want to edit it, but there is already an edit pending:

With the 'normal' way to click on the edit button I can't edit it, other than review it.

But now I found out if you change the URL from:

Now I can improve the edit more OR just leave it and post this edit.

Now this alone doesn't let me 100% think that this is a bug. But I also found out that this doesn't work for Tag edit's. Now I think this is a bug and should be the same like with the Tag edit's?

Because if you press the button Propose Tag Wiki, the URL change to this:

Now you can go though every tag with de/increasing the value at the end of the URL. But if you hit a tag which has a pending edit you can't 'overwrite' the pending edit like with a question shown above. Instead you get a Page Not Found like this: 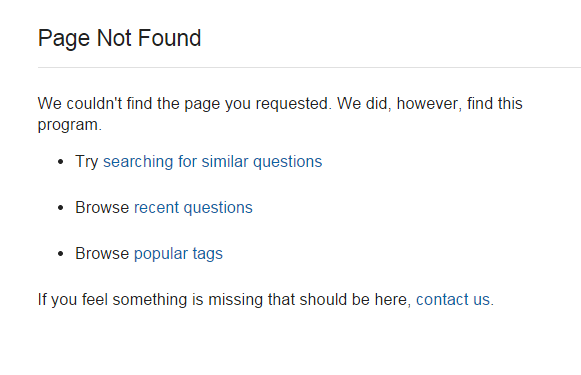 The 'trick' with editing a question that way works also for answers, but there you just have to get the ID by clicking on share and then you see the first number is the ID and you can change the URL the same way as I have shown it with the question.

Is this a bug or intended? Should it be like with the tag edits, that you get a "Page Not Found"?

No, it's not a bug. You have full editing privileges - therefore, your edits always take priority over edits suggested by less-privileged users. You're the 1%, chowing down on textual caviar while the masses gnaw at moldy crusts of bread.

Anyway, the primary reason this behavior exists is to handle cases where multiple people start editing and a suggested edit is submitted (but not approved!) before the privileged edit is submitted. We can't keep the suggested edit around anymore - the revision it's based on is no longer valid, and there's a good chance approving it would inadvertently roll back other changes. So we silently reject it... This rejection is similar to the "Reject and Edit" option available from review, but differs in two key areas:

Note that you don't have sufficient privileges to submit edits to tag wikis without approval, so you don't fall into the "privileged user" category there.

There are two possibly separate bugs in your question:

13
Can't Edit Ques/Answer With a Pending Edit When Reviews Maxed Out
9
Prevented from editing when there is a pending edit, but I can still access editor from link in comment
3
How was my edit overruled?

10
Is this edit scenario a bug?