So, Stack Overflow changed, and we have the (oh-so-familiar) chorus of "hating the redesign" and "how can I make it look like it used to" that any large website can come to expect with a style change. I'll just make it clear that despite my own (hopefully constructive) criticism, I'm happy that the look and feel of Stack Overflow is being tweaked.

It's important to stay current.

What is clear is that the redesign took a substantial number of users by surprise. This has lead to a lot of frustration of the type detailed above. I think that those involved in the rollout of this change should be asking what went wrong and work a process that makes change less abrupt.

Yes, this whole redesign was tested here on meta. I wasn't aware of it, and despite being a relatively regular meta user, the changes went over my head. Meta is a different site. It looks different. I wasn't lucky enough to spot any kind of suggestion that the changes on meta were part of a larger process, and I'd bet that I wasn't alone.

I'd suggest that for subsequent "big-bang" design rollouts perhaps a site mirror (or a means of previewing the changes on the main site in a non-permanent fashion) be set up to showcase the changes, and banner announcements inform all stakeholders that the change is coming and invite them to the site mirror/use style preview controls to provide their opinion. This way, rather than imagining the changes to one website applied to another, users get a concrete look at the designers' vision in the context in which they will use it.

I think that those involved in the roll out of this change should be asking what went wrong and work a process that makes change less abrupt.

That process has existed for years: it's called "frog boiling". The idea is, you make changes very slowly, let people get used to each one before rolling out the next. If there's a real problem, that's easy to roll back; if someone just doesn't like change then they have more time to get used to it.

Don't believe me? Compare the front page of SO in 2010 to the one just prior to the latest set of changes: 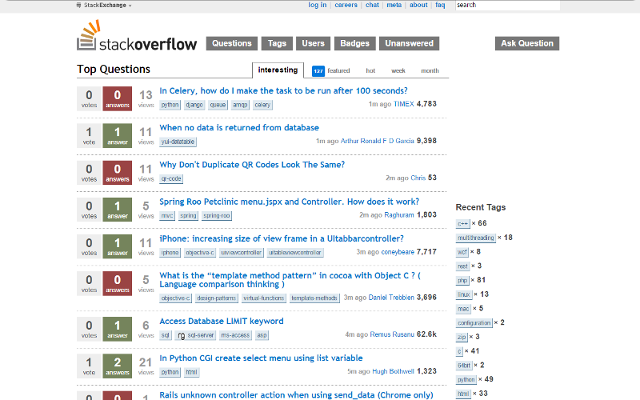 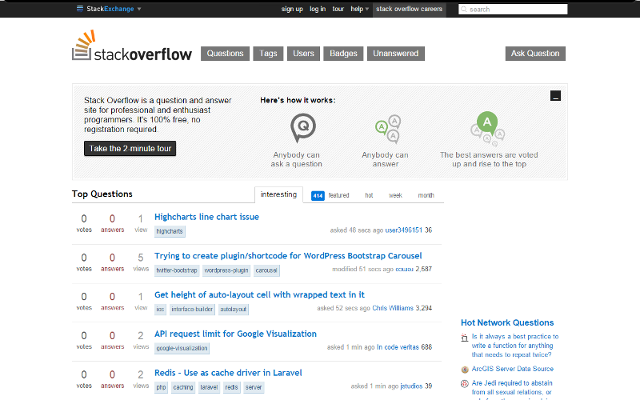 That's a lot of little redesigns that've snuck in over the years, and of course it doesn't even reflect the huge number of of changes to things like question rendering and tag pages. It's a testament to how well this process works that you didn't realize it already existed...

...Unfortunately, it's extremely resource-intensive. Remember, there isn't just one site anymore, there are 133 + meta sites + SE.com + Careers. And folks expect them all to look somewhat consistent: poke around here a bit, or dig through the design tag on the old MSO - we've had a fair number of reports/requests over the years that boiled down to, "why doesn't this site look like that site?"

So the design team decided to make a big push for consistency all at once, to at least fix the major discrepancies between SO, Careers, PTSO and JASO, and to lay some groundwork for making this all a bit less painful as we continue to grow.

They knew it was going to be rough. That's why they baked the design here on Meta for nearly two months, addressing scores of complaints in the process, before releasing it on SO. But it wasn't possible to catch every problem, and even if it had been folks would've still been irked by the fact that multiple things changed. That's the trade-off: a rough patch now, vs. another year+ of slow, incremental changes while bugs and inconsistencies continued to accumulate.

The world is full of people with impaired tolerance for cheese movement. Their predictable distress at the change in the design of a website does not amount to anyone botching anything.

14
The new Meta Stack Overflow has the same skin as the old Meta Stack Overflow
104
Contrast on highlighted favorites is too low
27
Responsive design is enabled for Teams users
31
Is there a way to increase the contrast for blockquotes, such as the old style with a light-yellow background?
107
How does the highlight.js change affect Stack Overflow specifically?
63
Announcing Design Accessibility Updates on SO