So, as you already know, Stack Overflow (and its related Meta subdomain) recently got updated with this brand new style, which, in my opinion, is really pure and enjoyable.

However, answering and reading questions, I got really annoyed by the new syntax-highlight colors: they all just became different shades of brown. Leaving out the syntax-highlight for <markup tags> and properties, which actually made them more visible (but still arguably cheerful),

the new syntax highlight for programming languages just became impossible to realize. I spend most of the time on the javascript and google-chrome-extension tags, which are an example of this.

I'm not saying that the old syntax-highlight must be brought back, but just that the new one became incomprehensible, and I literally feel color blind looking at any snippet right now. Take a look at these examples, one from python and one from javascript, and you'll see: 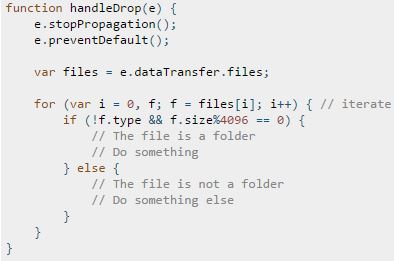 Don't you also feel a bit lost looking at that code? I mean: syntax-highlight was invented to make it easier to read code: keywords with one color, strings wrapped inside quotes in another one, numbers in a third one, and so on...

The only thing I can see now is a bunch of grey lines with some shade of brown. Really, just take a look inside it:

The only things that I've seen in a different color are the objects (variables starting with capital letters), which are #2b91af (light blue) and some mathematical symbols, which are #145680 (just a bit darker). All the rest basically became brown, and (maybe is a matter of habit) I'm pretty confused by this change. Strings were used to be in some shade of red, and numbers in a similar shade; keywords in dark blue, and so on. That was a clear syntax-highlight: seeing some red text would automatically mean that there was a string, as long as seeing some blue text would automatically mean there was some private word.

So, my final questions are:

Is there a chance to get an update for the new syntax-highlight style? Something more comprehensible and readable? Or will I have to personally write some custom CSS and add them to my Stylish extension?

TL;DR - This was not an intended change. A build is being deployed now that corrects it.

This is the default prettify theme but not the one Stack Overflow has used for...well, pretty much always. What happened here was that we completely rewrote the LESS that generates the Stack Overflow CSS. Part of the re-styling of Stack Overflow (that began with some other SE sites and pt.SO) is to unify our LESS base files and variables making creating new sites and maintenance much easier all around. Another aspect of this change is moving to SVG graphics and generally enabling high-DPI friendly styling across our network.

The prettify overrides didn't make it in correctly, which is what has just been fixed and deployed.

I'm normally hanging about doing something or other with the python tag and I've certainly noticed the difference. Maybe we're just spoilt by highlighting - but to me, this is almost pointless highlighting... I made a post about how the android app. was doing different highlighting than the main site a while back and I'd certainly take that over the current state.

I'm not saying some things in the new design aren't good - but this really is something that should be reverted/or at the very least changed imho.

I don't feel lost at all with the last examples. I think the first one looks like clown makeup, it's horrible to read. I much prefer the muted tones the later two examples.

I think the take-away is this is purely subjective.

350
Feedback Requested: Stack Overflow design update of 2014
41
If it ain't broke
49
Code wrapped inside headers is too small
42
Please bring back the bluish syntax colouring