Where to go for [mcedit]

There's a tag for mcedit. Here's its tag excerpt and wiki:

Features include syntax highlighting for many languages, macros, code snippets, simple integration with external tools, automatic indentation, mouse support, clipboard and the ability to work in both ASCII and hex modes.

However, another MCEdit exists. It happens to be a Minecraft world editor http://www.mcedit.net/ which enables users to write custom filters in python. It also takes up a good chunk on the first page for a duckduckgo query of MCEdit: 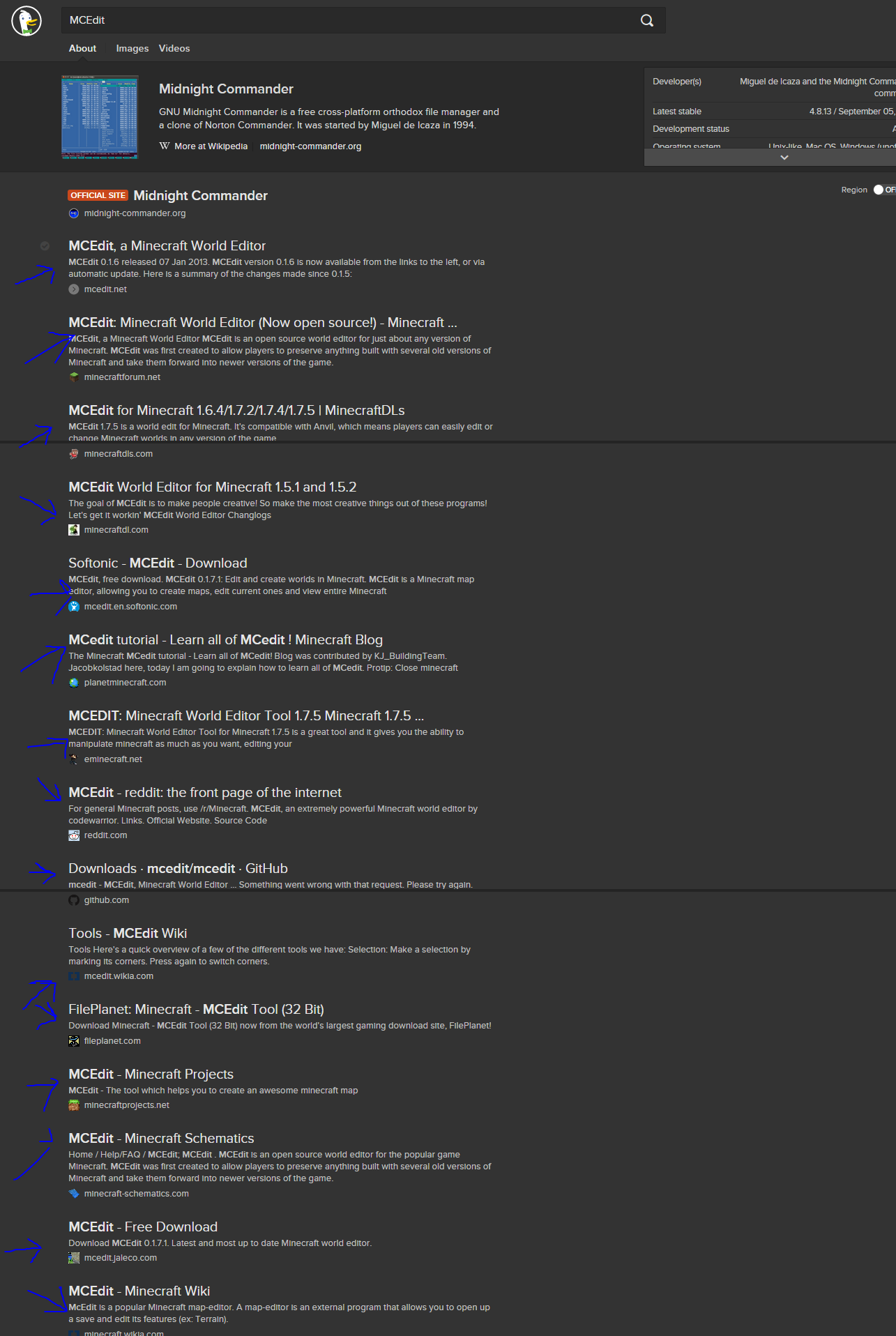 And... Here's the problem, most of the questions tagged with mcedit are about the Minecraft world editor, not the Midnight Commander editor. For your convenience I've went through the current mcedit questions and indicated what they're asking for with a pen to the left. Notice that the ones in boxes references mcedit as the Minecraft world editor: 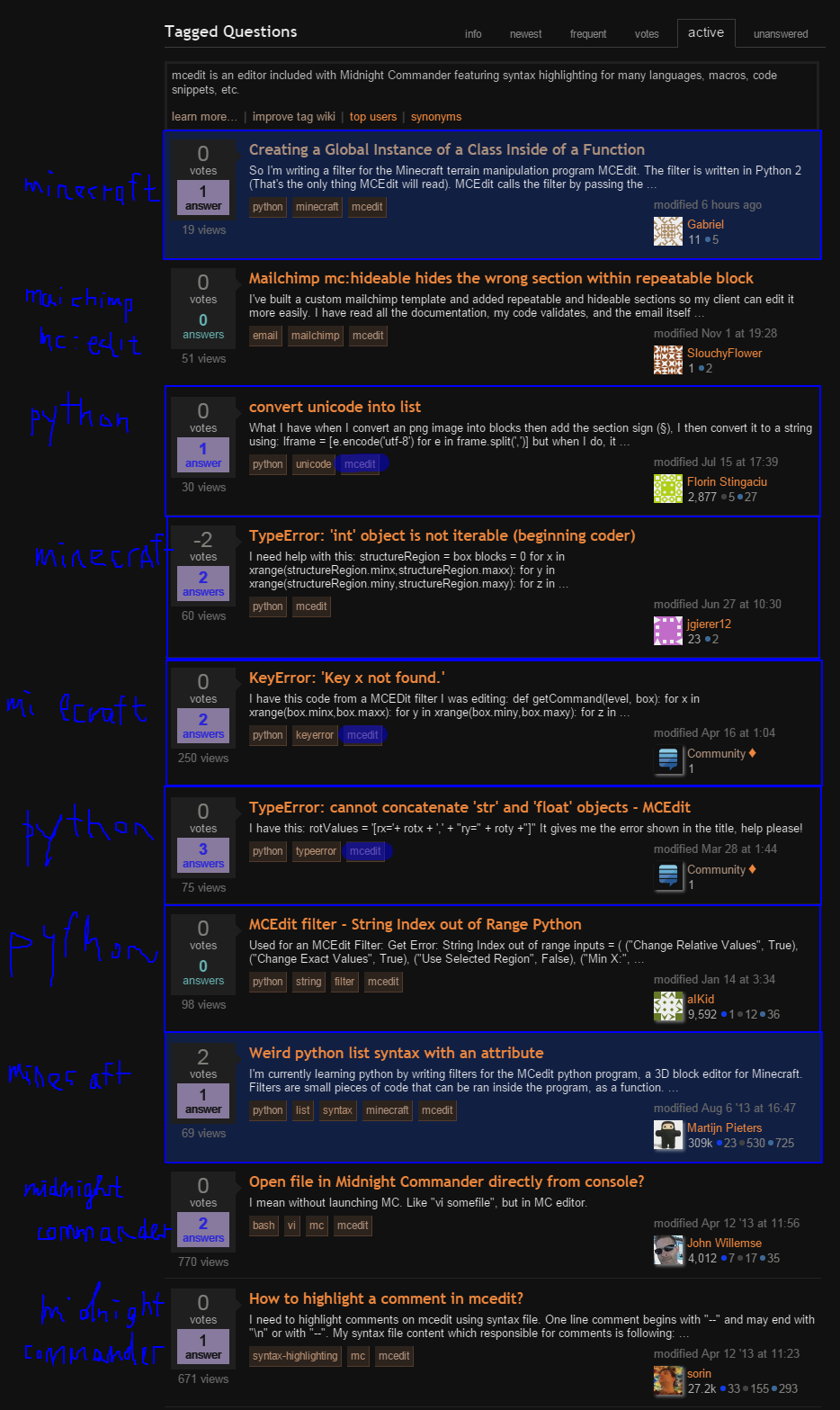 I know this isn't going to work out, but only 20% of these questions conveys the tags' original purpose. We have to modify the tag to either:

What does everyone think?

I propose that we change the tag:

mcedit as the tag mc already exists and is a meta tag for mc (Midnight Commander), nor brings convenience for searchers and makes it more accessible.

On the other hand, mcedit as a tag for the Minecraft world editor makes the tag more accurate, and as a programmable medium has a better defined scope that is likely to help more users.

mc mcedit questions can be retagged to mcedit where appropriate, and mcedit can have its description and wiki to be changed to define its usage for the world editor and point to mc for Midnight Commander questions.

Of course, that's a drastic change so we should only do that with community consensus.

Splitting the tag might be a good idea, since both uses of it are good tags. We could replace it with something like "midnight-commander-editor" and "mcedit-world-editor".

15
'loopback' tag being hijacked for loopbackjs
25
Different name for "basic" tag?
5
Retag [lambda] to [aws-lambda] where appropriate
4
Creating a tag for "ZEIT Now" - a CLI for deployment
107
How does the highlight.js change affect Stack Overflow specifically?