This is up from about a week ago where it was around 20 posts.

The issue is: much of the stuff in the queue should not be in there. (Questions that should be closed as 'unclear' or 'minimal example', answers that should be downvoted but not deleted...)

If the LQ queue just becomes another queue for close votes then it is much less useful. It's mainly useful to identify gibberish and dispose of it quickly. As soon as there are 100 posts in there, I don't have time to actually go through it.

Maybe this is not a trend, just a blip, but this is an unusually large amount of LQ flags.

Note that the misuse I've perceived here is both by flaggers as well as reviewers. Just for example https://stackoverflow.com/a/27100532 (now deleted): 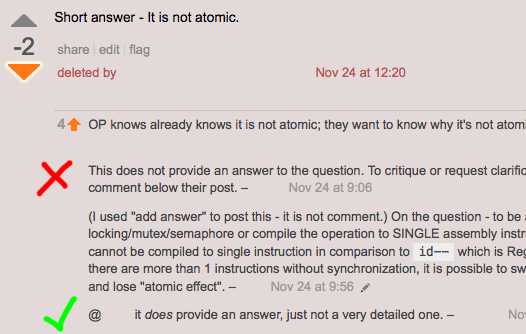 While I might feel personally satisfied when an answer I thought to myself was crap gets deleted, from what I have read, I really don't think this should have entered the queue. I basically thought this queue existed so we could delete gibberish and offensive links. (Both of which I have seen in the queue.)

I thought that the answer pictured should just get downvoted a lot, not deleted by us. Same thing with answers that contain a link but are not just a link. (Though we have been over the link-only thing many, many times.)

Also, there have been quite a few questions on meta lately about audits and such involving this queue so there appears to be some confusion surrounding its purpose. Also, I think the queue may be itself confused about its own purpose.

At the very least, I think question closing should really, really not be a part of the LQ queue workflow. We already have a queue for that.

If this is indeed a trend, some other solutions I can think of are:

I'm not going to address everything in your question. I'll just say I'm not seeing a problem with the LQ queue, and move on to specific issues...

I basically thought this queue existed so we could delete gibberish and offensive links.

Fundamental mistake here. Flags that are raised for offensive posts (which I guess "offensive links" are) are handled by moderators, not by the queue. Gibberish does end up in that queue but also:

The specific example you gave is an answer that merely restates what was already established in the question. You can argue that it was a genuine attempt at answering the question, just a bad attempt, and thus it should not have been flagged. Irrespective of this, however, this answer should still be deleted. Why?

We do delete answers that repeat what an earlier has already provided if the earlier answer is substantially earlier. To do this, you raise a custom flag and explain that the newer answer is just repeating what the earlier one already established, and you point out the time difference. A moderator will evaluate and, if you are right, will delete the newer answer. Since we do this when an answer repeats another answer, then we should also do this when an answer merely repeats what is established in the question. So even if we accept that raising a flag on that answer and deleting it in the queue was not the appropriate path to deletion, it remains that the answer should be deleted. 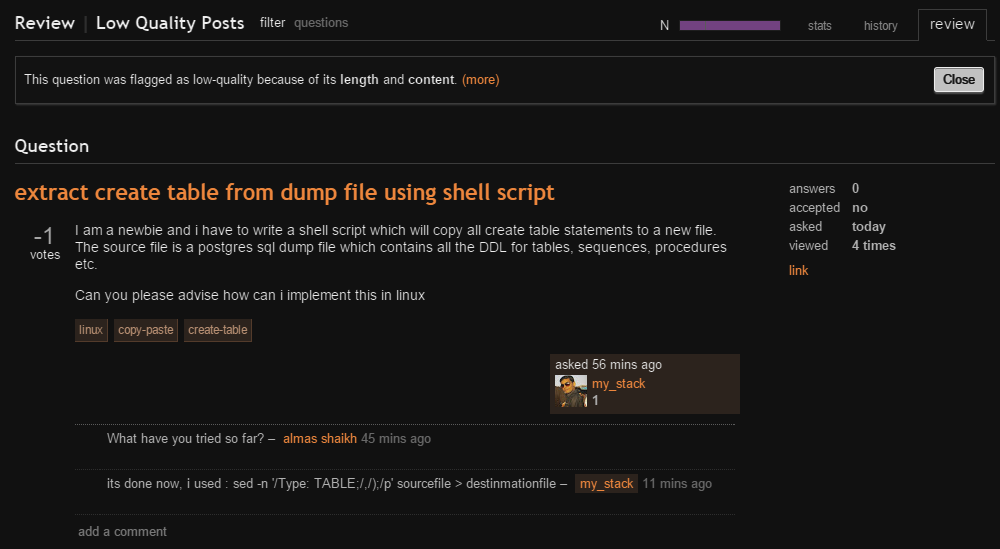 As it shows a lack of research effort, be localized and is unlikely to help future readers / googlers who actually googles, however as you mentioned it is not flag-worthy:

To flag or not to flag question that don't show own effort?

However, N/3 - N/2 of the questions I see in the queue are actually unanswerable. If the question doesn't seem low quality, you should vote to leave it as is:

And if you prefer, go back to the review task, visit and downvote the original question. That's what I do at least, as same as for answers. It is true that some reviewers have no problem with voting for (recommending) deletion with everything, but I consider these edge cases. The queue also comes with candidates for "Not An Answer" (should had been anything out of the answer box).

So I just went reviewing. Aside from two answers which attempted to answer the question, here are the rest of the items in the queue I managed to come upon (Spoiler alert: I voted for "recommend deletion" for all of them): 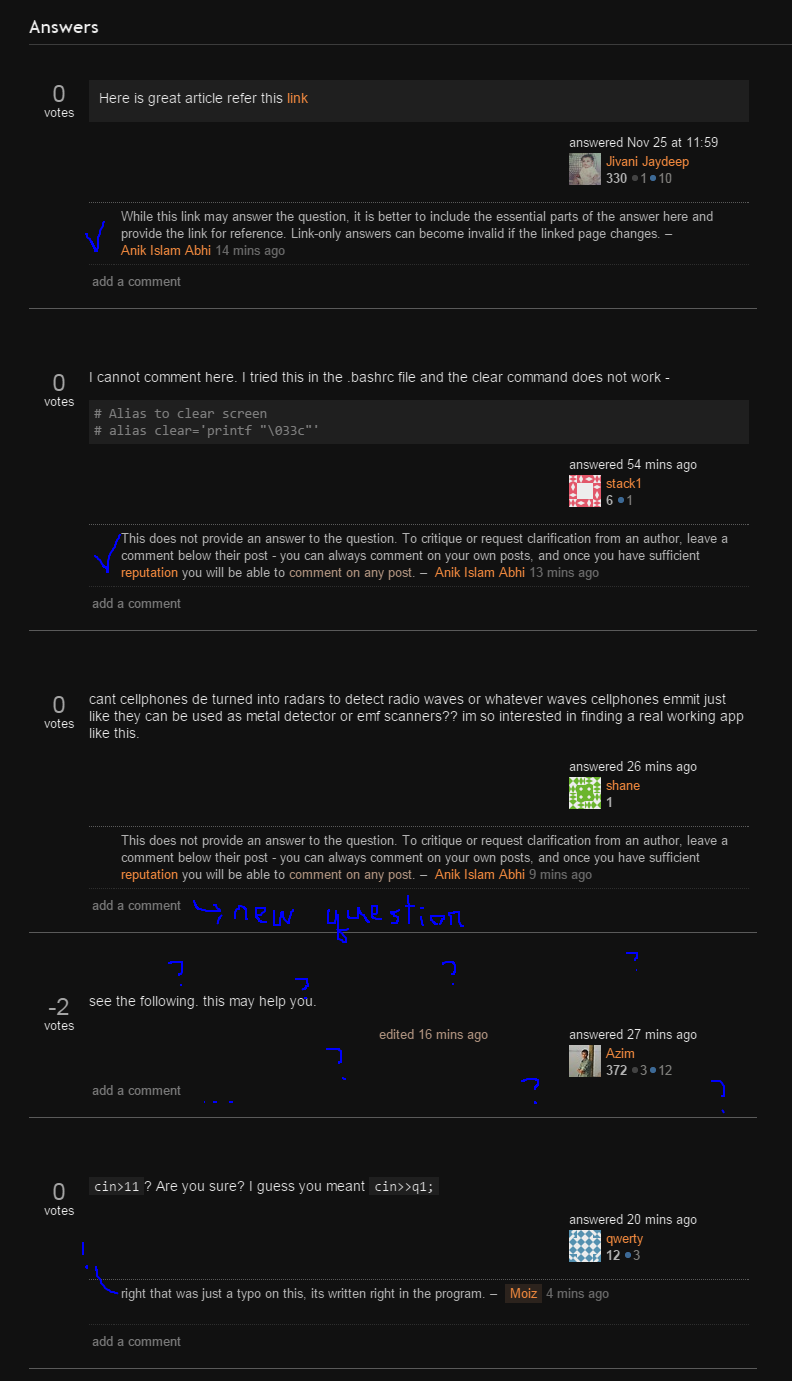 I too agree that sloppy reviewers are present. That's why I like the audit system. While mistakes are made, I do believe that they are edge cases.

Nothing. I don't see a problem, since the queue is now empty.

79
Flag Duplicate Answers on the same Question
10
Low quality queue - action for answers hard to understand
1
Should I vote to delete poor answers in the VLQ?

6
Can we get an official stance on link-only answers in the LQP review queue?
48
How do VLQ flags work, what's their relationship to the LQP queue, what's their *purpose*, and how can the site document them better?
39
Scrap VLQ flags and have a Delete Votes queue that works like the Close Votes queue