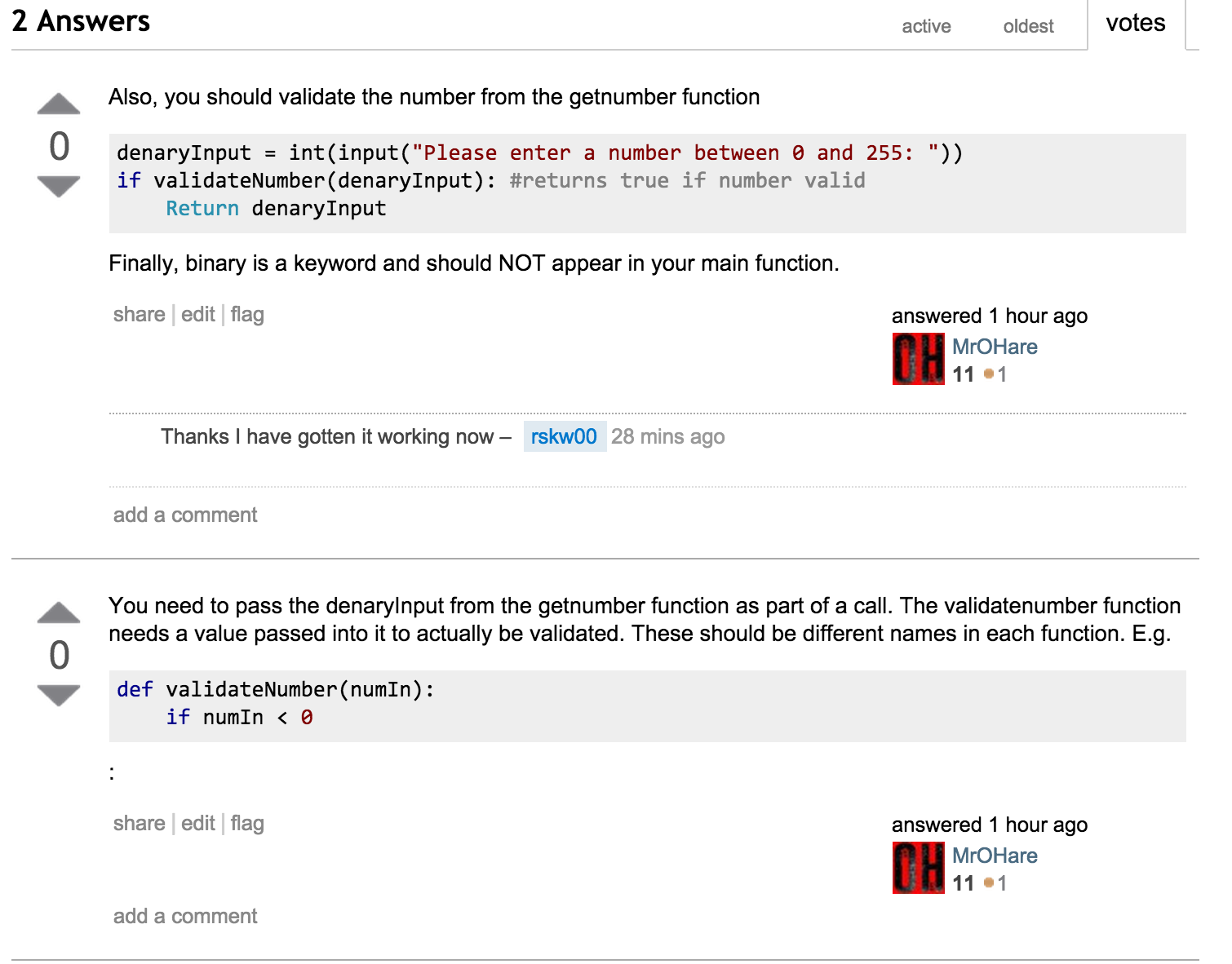 57
Are "Your code works fine for me" answers acceptable?
2
edit / flag order on rewriting answers
3
How should I handle a bad edit on an already (helpfully) flagged answer?
18
How to handle repeated answer reposting
30
How to handle an obvious edit to the first answer posted as a second answer by the same user?
7
I have trouble understanding a VLQ flag that was disputed, given links only