Well, I recently ran into a great question (at least what I consider great):

By the time I finished writing up an answer for it, there already was an user sitting on the poster that his code doesn't run. While I get that his code sample is far from perfect, this isn't really a question of semantics, but a general idea how to resolve the problem, at least in my mind. Similarly he also followed with down voting my answer, citing his reasons as you can see in comment.

I got a bit agitated on the way he kept on picking on the code sample, so I've called him on it, as for me this is borderline bullying as it doesn't lead to anything constructive and is presented in rather harsh way.

Am I wrong on this one?

No, there is absolutely no bullying here. In particular, the comments on your answer are calm and strictly technical responses to your request for a downvote explanation. 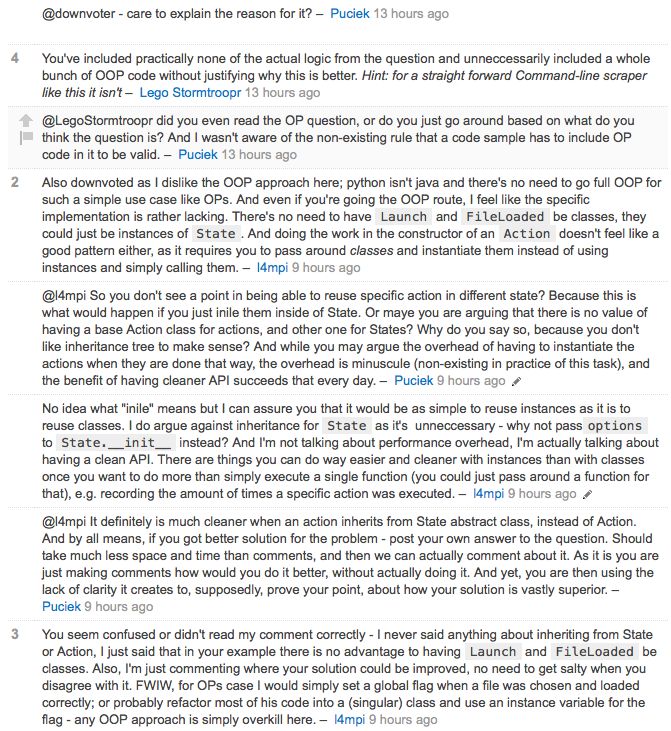 Your first response is a rather prickly; I would recommend that if you cannot respond in kind to a straightforward technical critique of your posts that you refrain from saying anything. Barking at people who take a moment to explain their view of problems with your answer will, over time, lead to fewer people being willing to do so.

The comments on the question may read as perhaps a shade less congenial, but still just point out specific problems with the post. 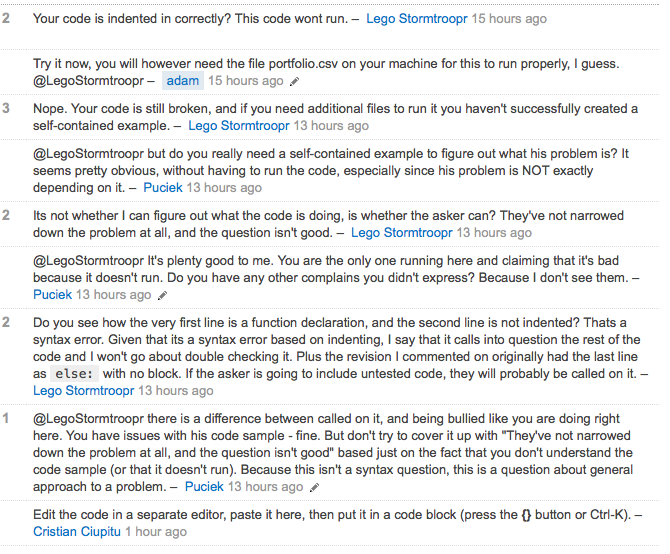 Note especially that when Lego Stormtroopr talks about a "self-contained example", that's because such a thing has an entire dedicated page in the help center, and is particularly called out in one of our closure reasons -- which is, as of this writing, the reason that's been selected for this question by all four of the close voters.

The lesson to learn here is this:

931
Can we please have the "Lacks Minimal Understanding" close reason back?
176
Require a comment explaining the reason for the first downvote on a question