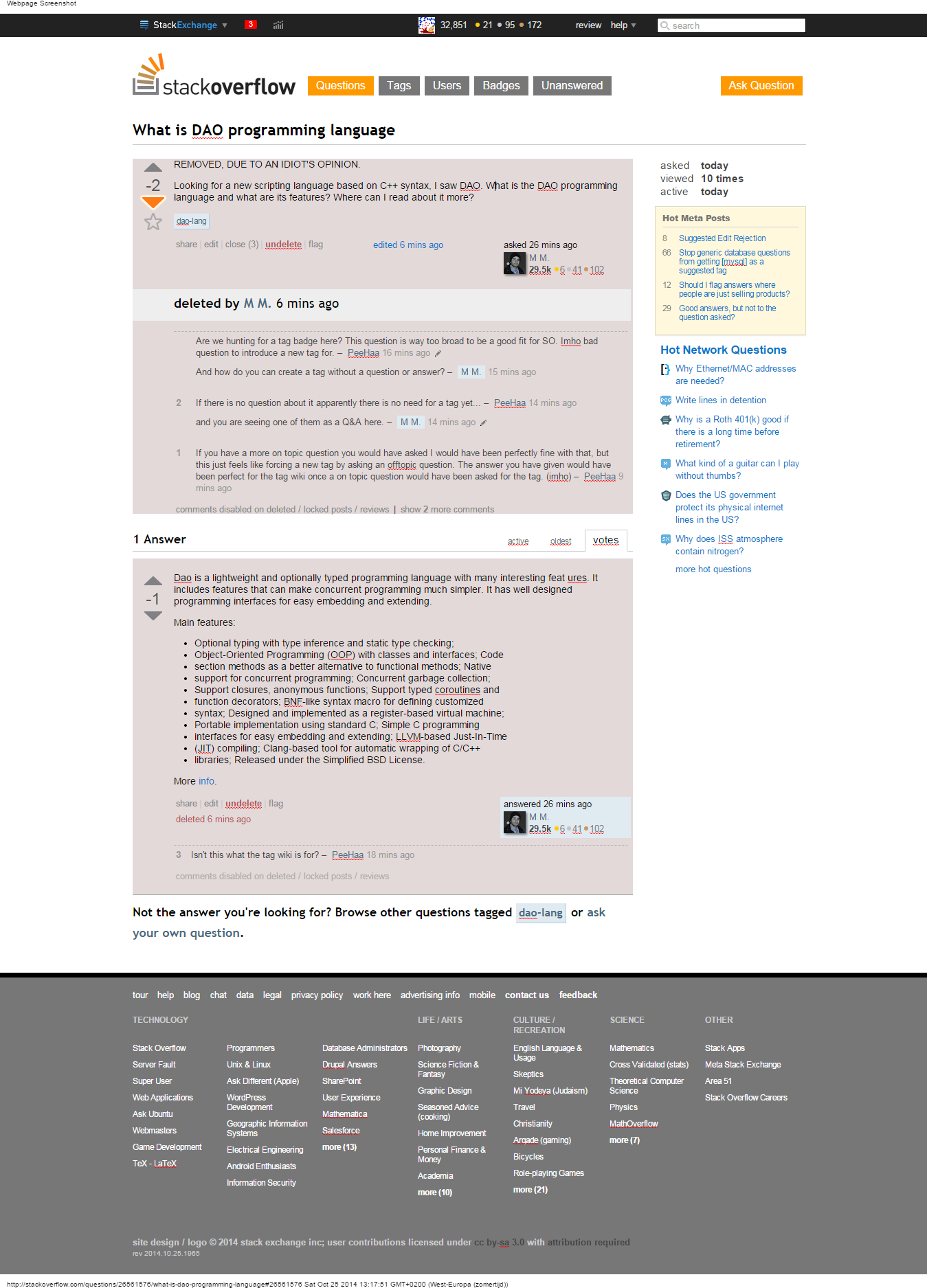 4
Tag Wiki vs Community Wiki vs Self-Answered Questions
31
Is [computer-science] a useful tag?
15
Isn't this question way too broad?
2
Old constructive question closed as not constructive
68
A user created a new tag and is bulk tagging old questions
12
This tag is not [old] but it could make us [old]