So I got the following review 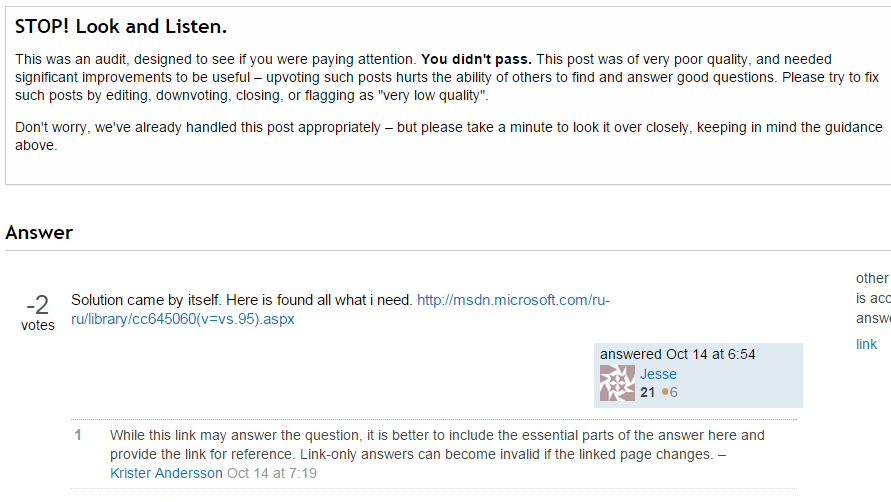 (and obviously failed), but I had originally selected the downvote as well as the vote count, but when I pressed either of them I got an error (That I don't remember at the moment), and when I tried to comment it would just refresh the page. So my only options would have been to edit which I felt would have been wrong. Instead I would have suggested that Jesse explain how the link worked for him.

Is there a bug that wouldn't let me downvote/comment?

15
A bug in the voting system
23
A short-lived bug in a web page which isn't even linked in the question, is a known-good review audit
1
Writing a comment to Q/A in `Review | First Posts`
31
Review audits that require Edit waste the time of the reviewer performing the edit