I was reviewing the Late Answers queue when I saw the following for I want to split string without using split function?: 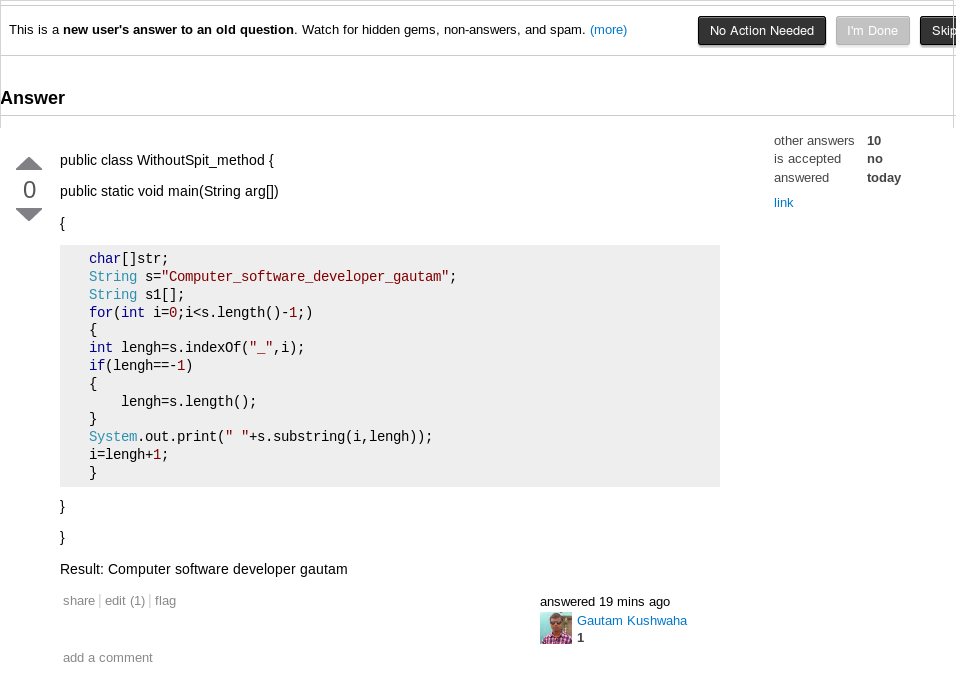 That is, an answer having a suggested edit to be reviewed (link to the review). It was clear to me that the edit was needed. I agreed on the suggested one, so I clicked on edit (1) and accepted the proposal.

I thought I would be redirected back to the Late Answers queue to continue reviewing the original answer, but that did not happen. Instead, I was shown the next post in the Suggested Edits queue.

I then clicked in the browser to go to that Late Answer again. I had contributed to edit the answer (by accepting the suggested edit), but still could not click in "I'm done". I figured out the system needed another action from me: adding a comment, up/downvoting or flagging. As any of these looked necessary to me, I just had to skip, because I thought it was not true to select "No Action Needed".

They just forgot to execute StackExchange.question.bindSuggestedEditPopupLinks() on the page load, so I think it is a bug :)

StackExchange.question.bindSuggestedEditPopupLinks() would open the edit in the popup once clicking it (as it loads when you click edit (1) directly from the post (not in the review)), so when you close it, you are back to the review.

19
Why did this answer get sent to "Late Answers" review queue *after* a moderator edited it?