Why was this edit rejected? [duplicate]

I suggested an edit for an answer on this question, and the suggested edit was rejected because it apparently changes the answer: 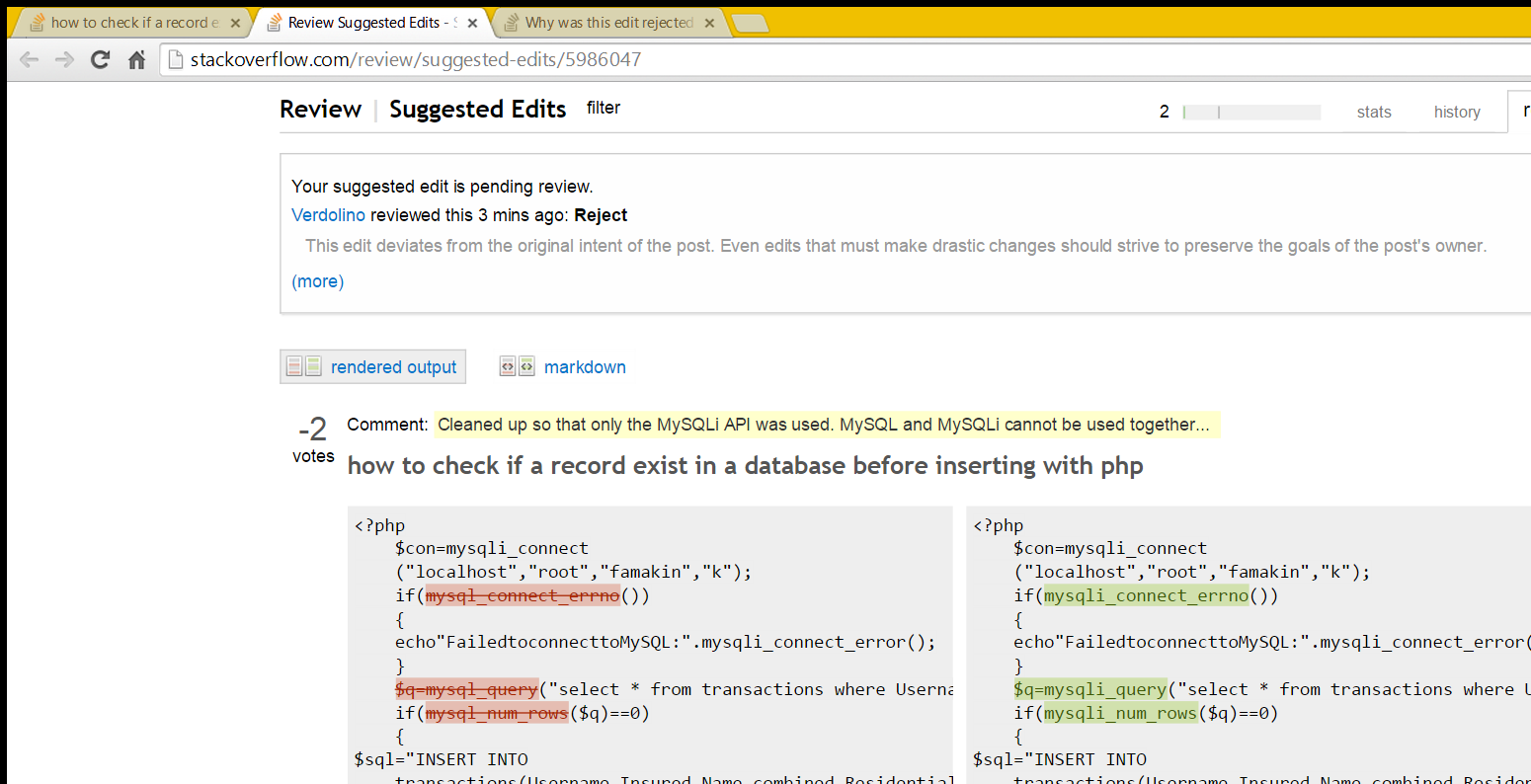 The edit was an attempt to clean up the answer as the user who answered used MySQL and MySQLi code together, and those two cannot be used together because they are completely different APIs.

Why was this suggested edit rejected?

Why was this edit rejected?

It has not. In your screenshot it says:

Your suggested edit is pending review

Not enough people have weighed in on the suggested edit to approve or reject it. It takes 3 "approves" or 3 "rejects" to clear the item. A user can also "approve/reject and edit" to instantly clear the item and add their edit, usually on top of yours.

So you are just confusing a single "reject" vote with "my edit has been rejected". It would show up in red letters if it was rejected.

Wait and give it some time. The community will get around to it.

The suggested edit has now been rejected, however I will not be discussing the reasoning for its rejection. I am only answering the original question.

196
When should I make edits to code?