Can we talk about the voting culture here on Meta?

I'd like to start with saying that I emailed @Shog9 back in August with the text below, because I'm not a particularly good writer, and I was hoping he'd be able to write up a nice post here. A couple weeks ago I learned that he's quite a busy person, so I'm posting myself now. That being said...

There are many legitimate support questions that get downvoted. If anything, it's a good thing that people find their way to Meta and ask for help on something they do not understand. I feel sad when these questions get downvoted, and you can often see the OP comment to ask why the downvotes are happening. Of course there are crap questions posted under the support tag too, that shows the OP did not even try one bit to see if a similar question exists.

To a lesser extent I see the same happening in the discussion tag. Downvotes are often justified as "I disagree with your discussion", and while that's often a fair downvote, I feel that there are also quite a bit of discussions that should be voted on based on how interesting they are. Again, people taking the time to come to Meta and discuss something before they do a certain action on the main site, and the discussion gets downvoted. Instead a disagreeing answer should be posted and voted on, in my opinion.

What do you all think of this? Is there an actual problem? If so, how can we try to "fix" it?

So I've been kinda chewing on this since your email, because... It's one of those simple questions that defies a simple answer. You're not the only person to raise this concern, of course: several respected users, moderators and even co-workers have expressed dismay upon seeing reasonable questions here that attract a pile of downvotes.

But as tempting as it is to join in the hand-wringing - and as convenient as it would be to just blow it off as the usual whining... There's a subtlety here that I think gets overlooked, and I'm still not sure of the best way to address it.

That said, here are my current thoughts on the matter:

The challenges of persuading a large, critical audience

Every week here at Stack Exchange, there are two meetings held concerning the development of the engine that powers these sites: one composed of the team of developers that actually implement changes, the other composed of the Community Team. For those of you not familiar with the latter and too lazy to follow that link, we're basically this guy: 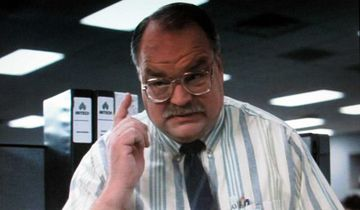 Everyone involved on both teams has very strong opinions about how these sites should operate. So when a new feature is proposed - even very trivial changes to how some bit of the system works - it is extremely likely that the need for the change will be challenged.

Most of us have at one point or another found these meetings to be... Draining. No matter how polite the actual conversation might be, you're effectively standing up before a group of people you trust and respect while they tell you that your idea is confusing, unnecessary, and possibly detrimental to the future of the system and the company. And your job is to explain, calmly and persuasively, the details of how it would work, and why it is both necessary and beneficial. Before everyone just gets sick of talking about it and moves on.

Why is this relevant? Because these discussions are essentially meta in miniature, the lifecycle of a post here compressed into a few minutes. The same topics, the same concerns, and - if you don't come prepared - the same harsh reception. And the rules for success are the same as well:

If this sounds like a lot of work, well... It is. Although I'll wager it's not unfamiliar to many if not most of you.

Why folks fall on their faces here on Meta

Simply put, many people do not do any of the necessary steps I outlined above. And I'm not just talking about the folks posting under feature-request - many support requests and even discussions create an implicit expectation for the existence of a problem to be solved, of the existence of a well-considered solution. Want a question re-opened? Closed? Upvoted? Downvoted? Commented on? Well... Why? Where did things go wrong? What led to that? Did you put any thought into this at all, or are you treating this site like an agony aunt where you describe your woes and hope someone will do your thinking for you?

Of course, it's usually the latter. And sometimes, we do offer a solution - because we're nice like that. But not always, and not without some irritation...

Because by posting here, you're stepping up on a very large soapbox, in the middle of a very large crowd of very busy people... And as nice as we might all be as individuals, you're taking time away from something else we were planning on doing. We'd like to know you're not wasting it.

The value of downvotes, at last

So what does this have to do with downvotes? Well, voting is how groups express their collective opinions. It's pointless to say that a given post should be scored higher; you're just expressing your individual opinion, which that score was never intended to reflect. If you think it's a good post and you've upvoted, then you've had your say - move on. The same goes for downvotes, of course - if you think a post is overrated then make sure you downvote and then quiet down - you've had your say, score-wise.

One of my biggest frustrations in the system that preceded Meta was the inability to express disagreement by voting. Without the option to downvote, folks were implicitly encouraged to post criticisms in the comments - with the result being frequent, long, and not particularly constructive arguments on every controversial idea. Don't get me wrong - laying out your objections is a good idea - but if 20 people have the same objection, they really shouldn't need to be stated 20 times to "count". Especially if "tact" isn't exactly your thing, or you prefer ad hominem arguments.

Voting on meta - which wasn't so much a design decision as it is something we got free with the system re-purposed from the main site - turns out to be a much gentler way of expressing dissatisfaction with a post, particularly in cases where it has already been answered. And of course, like the main sites, there's a well-accepted tradition of downvoting questions that show either a lack of research or are simply hopelessly unclear - again, offering an alternative to blunt criticisms in comments.

This - fast, efficient feedback - is the value of downvotes to the site, to other readers, to the voter... But there's a certain advantage to the author as well: they force introspection. Voting is anonymous; you don't know who up- or down-voted your post, and the results appear in aggregate. You cannot blame an individual; you must either blame everyone, or... yourself.

And indeed, the common tendency is for folks whose posts are downvoted to blame everyone. "Meta sucks", they say - and returning only when absolutely necessary, tend to find this initial impression reinforced. This is not unique to meta - a recent study suggests that downvoting in forums hurts the quality of future posts by the same author, potentially encouraging deviant behavior instead of constructive improvements... An effect familiar to most people who've used traditional forums.

But that's not the only option. For those of us who come here seeking genuine feedback, votes are invaluable, a way to quickly gauge the community's perception of our ideas, attitudes and presentation styles that simply isn't available otherwise. More than a few times, a downvote has reminded me to revisit a post written in haste, adding clarifications or revising my opinions after re-reading it with a more critical eye. This is not the primary purpose of voting - but for those willing to use it, they can become a valuable tool for self-improvement.

It's not broken; it's working exactly as intended, as upsetting as that might be at times. But we might still be able to fix it...

For starters, let's start by looking at the tools already at-hand:

Going forward, there are a few additional things I think might be worth doing.

Related: A Proposal for More Constructive Downvoting on Meta: Express Disagreement by Answering the Question

Tossing together a search of negatively scored questions tagged support in recent time: [support] is:question score:-20..-1 created:2014-07..2014-10 there are indeed a number of them.

Many of them are lack of research questions "What does OP stand for?" and there are many of the "why am I post banned" that apparently didn't read the message.

In my cursory glance, there are some support questions that are mistagged (and even on the wrong site). There's one about "close votes" asking if its close or close as a translation question (better suited for ELL?), retag requests that people disagree with.

The more outstandingly negative ones are things like feature requests for search for skill level that was tagged with support, a question about a post getting deleted and a NSFW domain name, asking where to ask about naming a C++ class (asking if it is for the Stack Exchange sites P.SE or Code Review), unable to bounty a question because its on hold, why was a given answer (plagiarized) deleted?

All in all, of the rather significantly negatively-voted questions, many of them are questions that would either be found with a search, someone complaining about something, asking why a particular post was closed/deleted, or mistagged feature/discussions.

Let's look at some examples brought up in comments and look into why people might have reacted with downvotes to them:

Note that all of the above posts are tagged as discussion, rather than support.

I posted this as a comment in a question elsewhere on Meta.SO, and it got a fair number of upvotes, so I'm repeating/expanding it here.

This is a side-effect of up/downvotes not affecting reputation on per-site Metas, which gives different meaning to the score on a Meta question.

Downvotes on a question on Meta often mean "I disagree with your point of view", not "This is a bad question" as they're supposed to on the main site.

Checking your profile, it looks like you spend almost all your time on StackOverflow, Meta.SO, and Meta.SE - so you might not have seen this behavior prior to the Meta.SO and Meta.SE split.

Before the split, when Meta.SO did have its own reputation system independent of SO, it did not exhibit this behavior. Now, however, users are simply acting more and more like they would on a regular site-specific Meta.

Not the answer you're looking for? Browse other questions tagged discussion voting meta .

6
Are there different research standards for Meta than for main Stack Overflow?
11
What's the semantics of downvoting a support question in meta
349
What can we put in a question template to help people ask better questions?
288
The Developer Story Part 2: We didn't explain that very well
276
Can we make this meta site work for mentoring?
335
Is Documentation a failed experiment?
83
Is the intensity of meta working in our favor or to our detriment?
135
Is it okay to just ask for an algorithm to a problem?
57
Does this edit change the meaning of the answer?
96
Can we talk about the reviewing culture here on Meta?
See more linked questions