I got a notification (seemingly yesterday) that an edit was suggested to my question:

Today I opened it, and somehow it was already rejected: 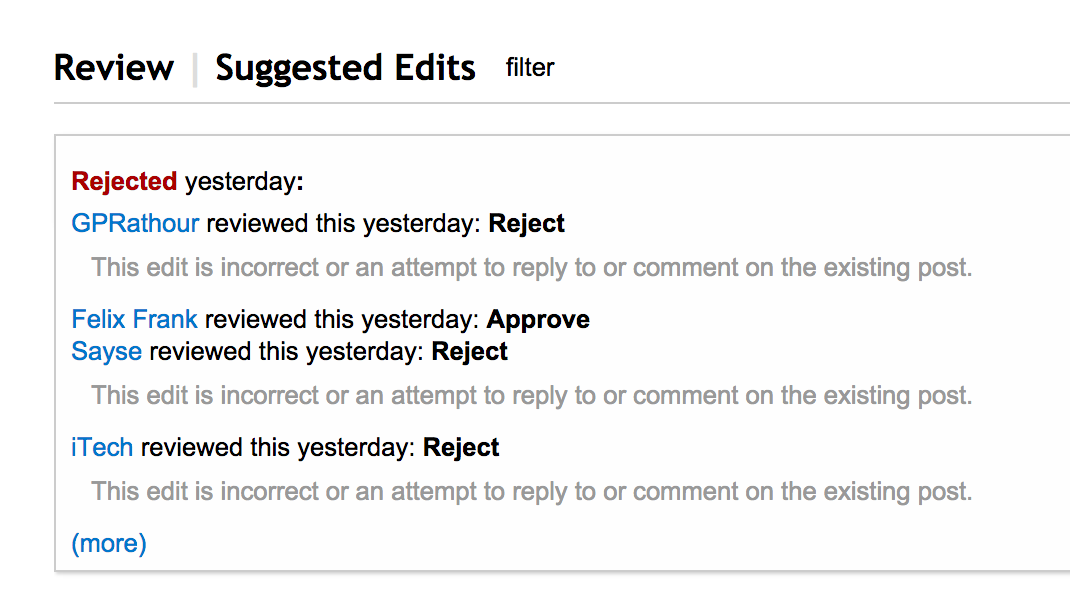 The edit is totally reasonable and I'm going to include it myself.
I have no idea it was rejected by three people.
I want this edit to be included.

But the interface won't let me do that.
I scrolled up and down several times and there is no "Approve" button.

30
Is there a way for an author to accept/improve a suggested edit after it's been rejected?
1
Let author write an opinion when rolling back an accepted suggested edit

7
Add an “Undo” button or “Are you sure you want to approve” to Suggested Edits (2k+ rep users)
52
Can we make rejecting suggested edits easier?
90
Proposal: let experienced users approve edits when they view the question first
27
Why my edit was rejected as 'trying to address author'?
2
Discussing suggested edits/justifying an approval
7
Are 2k+ Rep users overwriting suggested edits?
59
Why is this a terrible suggested edit?