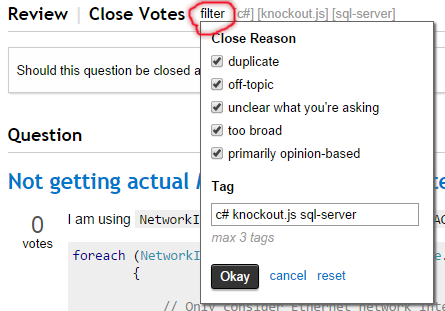 38
Could a review items be filtered by favorite tags?

20
Why am I being tested so much in the review queue?
27
Why do review audits count towards the daily quota?
23
I would like some feedback on my first suggested edit reviews
21
Encourage users to review posts
27
An attempt to comment should pass audits regardless of known-good or known-bad